Posted on February 3, 2021 by Scott Running Posted in News

(Stafford Springs, CT)—In the natural progression of race car drivers, a driver begins their career in an entry level division and work their way up the racing ladder.  For soon to be 16 year old Sam Calvo from East Berlin, CT, his path to the Street Stock division at Stafford Speedway in 2021 has been anything but traditional.  Calvo ran one season in quarter midgets when he was 4 years old and the 2021 season will be his first season behind the wheel of a race car since his quarter midget days.  Despite his relative lack of experience, Calvo is looking forward to embarking on his rookie season in Stafford’s Street Stock ranks driving the #63 Compressed Air USA / Midstate Air Compressor Chevrolet.

“I started racing when I was 3 or 4 in quarter midgets and I remember I wasn’t very good so I stopped racing after the one season,” said Calvo.  “I’ve been riding side by sides and quads since then but I haven’t done any oval track racing.  I’m a little worried but I’m also looking forward to the experience.  I don’t expect that I’ll be running up front right away but I’m pretty sure I’ll be able to get used to it after a couple of races and at least be able to keep up with everyone.”

Calvo is following in the footsteps of his father Sal, who raced Street Stocks and Late Models at both Riverside Park Speedway and Stafford.  It is his father’s connection to the Street Stock division that led him to undertaking his rookie campaign behind the wheel of a Street Stock car. 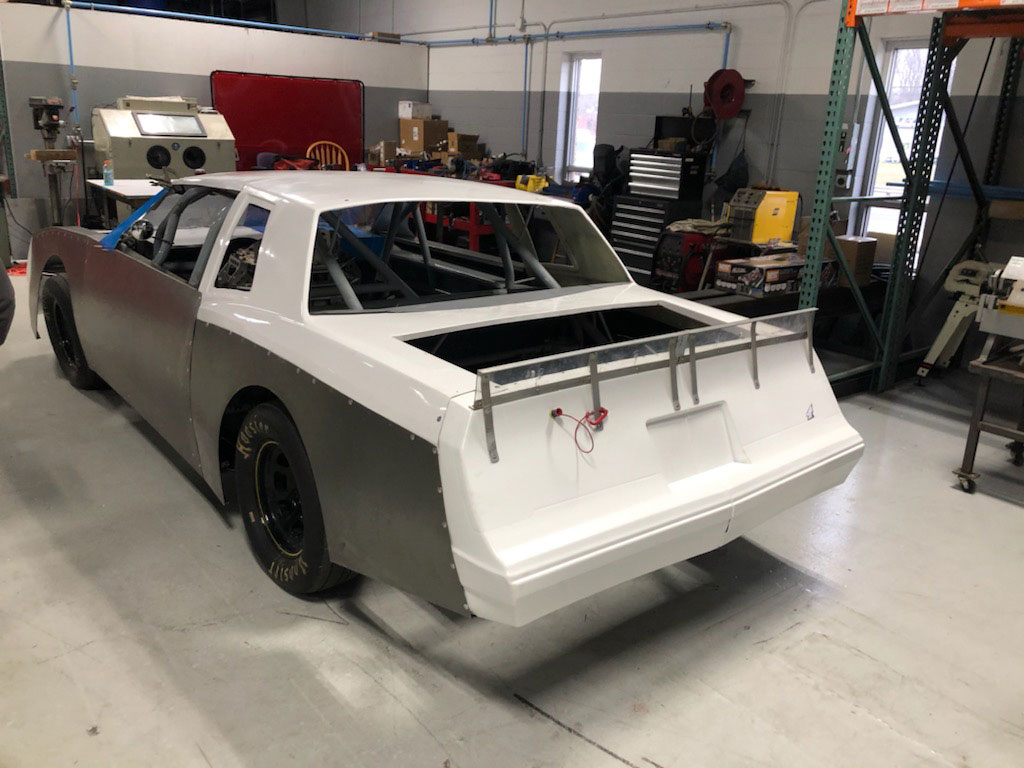 “My dad ran this division a long time ago at Riverside and he ran a Late Model at Stafford,” said Calvo.  “Once I quit quarter midgets I started playing soccer and my father always wanted to get back into racing.  The Street Stock division was the division he was interested in and the division that I became interested in.  It’s not like the SK Modified® division which is high up there, it’s an entry level division so it’s easy enough but at the same time still competitive and fun.”

Calvo is also looking forward to working with his father on their Street Stock car.

“I think it’s really cool to follow my dad into racing,” said Calvo.  “This is a great project for us to work on together.  We work together at our business so being able to spend time with each other in the garage putting the car together outside of working hours is really nice for the both of us.”

While Calvo may suffer from a lack of experience at the outset of his rookie season, the #63 car he will be driving has plenty of potential as Calvo and his family purchased the #2 Street Stock that Meghan Fuller has piloted to 10 wins and two second place finishes as well as a third place finish in the Street Stock points standings the past three seasons.

“We’re friends with the Membrino family and we bought the car from Rick and Meghan Fuller, so I’ll probably be asking them for some help during the season,” said Calvo.  “If I don’t run that well, it won’t be the car, it’ll be me, so I can’t blame anything on the car since it has 10 wins in the last 3 years.  I feel like my biggest challenge will be having other drivers all around me.  I know I can get around the track by myself with no problem but having other drivers around me that are all going just as hard for the same thing will take some getting used to.”

As he prepares to take his first green flag as a Street Stock driver, Calvo is not looking to set the division on fire with his performance, but rather take his time to learn the car and the track before he tries challenging for a feature win.

“I’d love to be able to win Rookie of the Year but my main focus will be to get the basics down and get the car dialed in to my driving style and then learn things from there,” said Calvo.  “Hopefully we can get the car dialed in pretty quickly and be able to keep up with the pack.  Our first goal will be to get the car going good around an oval and then we’ll start worrying about going faster and really pushing the car to see what I can do.  If I could get a top-10 or a top-5 finish by the end of the year that would be great for me.  If I’m not doing all that well it would be nice to get up in the middle of the pack.”

Calvo will kick off his rookie season at Stafford on Saturday, April 24 as part of NAPA Auto Parts Opening Day festivities.  The Street Stocks will be joined by the Granite State ProStock Series, the SK Modifieds®, Late Models, and Limited Late Models.  Feature action at Stafford continues on Sunday, April 25 with the 49th Annual NAPA Spring Sizzler featuring the Whelen Modified Tour, the SK Modifieds® in the second race of a weekend doubleheader, the SK Lights, and the Vintage All-Stars.  The first Friday night program of the 2021 season at Stafford will be a Stafford Weekly Racing program on May 7th with all 5 weekly divisions as well as a kids big wheel race ready to take to the track.