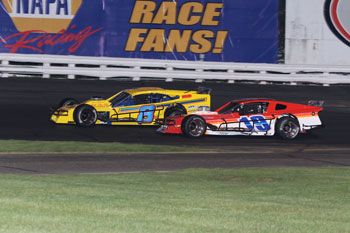 (Stafford Springs, CT)—When Stafford Speedway hosted the Open Modified 80 back on May 24, Cam McDermott drove his #8 Maybury Material Handling car to a solid seventh place finish. McDermott was making his first start of the 2019 season in a brand new car. The new car didn’t slow McDermott down at all as he made the transition to a Tour-style modified car after spending multiple years running in the SK Light and SK Modified® divisions. McDermott is looking to build on his 7th place finish from the May Open Mod 80 in this Friday night’s Twisted Tea Open 80 at Stafford.

“We built a brand new Troyer TA3 car over the winter and we worked from a lot of notes from Complete Chassis Solutions with Jason Shepard helping us out,” said McDermott. “I have a connection with the Pasteryak family to help us build cars so between those two it was a huge help to get us pointed in the right direction. We tested at Stafford earlier in the year and I couldn’t tell much difference between the SK® to the Tour car. It wasn’t until we were in the heat race that I started to notice the difference. I learned a lot in the last race at Stafford and think we have something to get into the top-5. I have to thank Maybury Material Handling, Riverhead Building Supply, Walsh’s Auto Service, Wild Thing Karts, the Pasteryak Family, and Complete Chassis Solutions with Jason Shepard. It’s great to have all these people helping us out and pointing me in the right direction and I thank them for their support.” 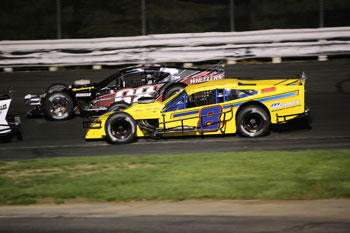 McDermott showed plenty of speed with his #8 car back in May, winning his heat race after drawing pole position and he drove from 12th up to a high of 5th before finishing 7th. McDermott has previous experience at Stafford, racing in the SK Light division from 2012-2013 and the SK Modified® division from 2014-2017. With the knowledge he gained during the May Open Mod event, McDermott will approach the Twisted Tea Open 80 with a different game plan.

“We kind of got a bad break by drawing the pole for our heat race. Even though we won the heat, we started 12th in the feature because of the plus/minus handicap system,” said McDermott. “We picked our way to the front and by the time we came to pit road on lap-36 we were in fifth and working on making a pass for fourth. We made some changes to the car and took new tires but it wasn’t quite what we were expecting and when it came time to go, we really didn’t have what we needed to make any progress forward. We’re going to be coming back with a little different plan from the first race. We didn’t lose any spots during our pit stop and I learned a lot in those 80 laps or 90 laps counting the heat race. Although we had a great result last time out for our first tour style race, I think it’ll be a better race for us and I’m more prepared and confident to improve on our finish.” 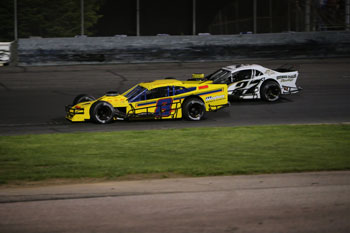 Realistically McDermott has his sights set on recording a top-5 finish in the Twisted Tea Open 80, but he would like nothing more than to finally add a Stafford victory to his racing resume. McDermott has come close to a Stafford victory with three 2nd place finishes in SK Light competition and a best finish of 5th in SK Modified® competition but a trip to NAPA Victory Lane at Stafford has eluded him thus far.

“I’ve never won a race at Stafford,” said McDermott. “I’ve won at every other track in Connecticut but not at Stafford. I go to the track to try to win every race I’m in but realistically a top-5 finish would be good for us. I think we have a car and team that can do it, it’s just a matter of getting back to that point. We did it at the last race and now we have to back that performance up with the same speed and drivability that we had in the last race. If we can back that up with having more knowledge to work off of, I feel like we can be one of the cars battling for the win but it depends on how the night turns out. The changes you make to the car during your pit stop could really help your night out and having track position coming off of pit road will be big.” 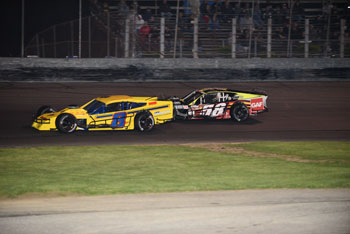 In order for McDermott to earn a trip to NAPA Victory Lane in the Twisted Tea Open 80, he will have to contend with Stafford regulars, who swept the podium in May with Keith Rocco leading Todd Owen and Matt Galko to the checkered flag.

“It’s tough racing against those guys,” said McDermott. “They have the knowledge of the track and Stafford is the track that takes the biggest swing going from day to night, which I learned throughout my years of racing there. I come to almost every race at Stafford and I stay in contact with some of the guys who race weekly to keep on top of what the track is doing but those guys definitely have a little bit of an upper hand with their knowledge.”

Stafford’s five NASCAR Whelen All-American Series divisions will join the Open Modifieds in feature action on June 14. Tickets for the Twisted Tea Open Mod 80 are $30.00 for adults, $5.00 for kids 6-14, and as always 5 & under free. Reserved seating is priced at $32.00 for all ages. All tickets include 10% CT Admission Tax. General admission gates open at 5:15pm, with qualifying races beginning at 6:15pm and feature races to follow.