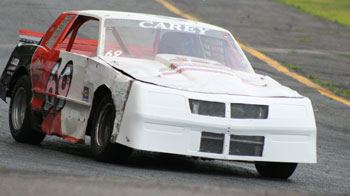 (Stafford Springs, CT)—With rosters at Stafford Speedway starting to take shape for the 2020 season, East Longmeadow, MA native Josh Carey is one of currently 13 SK Light rookie drivers signed up for the new season.  Carey is a second generation driver who comes to Stafford with 2 seasons of experience in the Pure Stock and Street Stock classes at Monadnock. He will not only have to learn the ins and outs of driving a modified, but he will also have to learn the nuances of the Stafford half-mile facility behind the wheel of his #69 J & J Trucking machine.

“This will be my first time in a modified,” said Carey.  “I’m nervous and excited at the same time.  I ran Pure Stocks two years ago and won Rookie of the Year and was the championship runner up and then moved up to Street Stocks.  We did pretty well in the World Series race at Thompson so we took a chance and decided to move up to the SK Lights for 2020.  I know there’s a lot on the line but I get excited any time I start thinking about getting out there behind the wheel at such a big track like Stafford.  My Dad has never raced a modified before either, so this is a new program for both of us.  We have some great sponsors on board with J & J Trucking, Northampton Volkswagen, Valero in Palmer, D & F Plumbing of Belchertown and my Dad as my biggest supporter being the car owner and crew chief.” 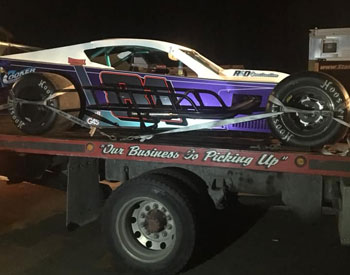 In order to help combat his lack of experience and knowledge in the realm of modified racing, Carey and his father bought a car from SK Modified® veteran Todd Owen.  Carey will also have Owen in his corner during the 2020 season to assist with car setup and offer advice to a rookie driver who is eager to get any help he can.

“Todd had his Waterford car for sale after the World Series at Thompson so I messaged him and we started talking and ended up closing a deal,” said Carey.  “Todd helped us convert it to an SK Light car and it’s all ready to go for the 2020 season except for sponsor decals that need to be put on.  To be able to get in with someone like Todd is awesome, especially for us being a first-time team.  Todd is going to help us with the setup on the car and we’re going to park next to him in the pits during the season.  Coming into the Modifieds from the Street Stocks at Monadnock, it’s a whole different program and he’s going to give me some advice on how to run Stafford.” 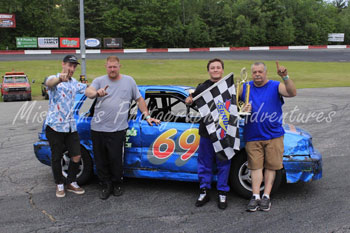 Despite his lack of modified knowledge and experience, Carey has his sights set squarely on challenging for and winning the Rookie of the Year award.  The 2020 rookie class is currently made up of 13 drivers and counting.  George Bessette, Jr., Nikki Chambrello, Travis Hydar, and Steve Kenneway will all make the move from Stafford’s Street Stock division into the SK Light ranks along with fellow rookie drivers Bobby Jones, Anthony Forino, Todd Taylor, Peter Bennett, Bert Ouellette, Derek Debbis, Evan Bourgeois, and Jake Hines.

“Definitely our goal is to win Rookie of the Year,” said Carey.  “I know Rookie of the Year is going to be a tough goal with all the rookie drivers coming in.  If we can stay consistent, stay in the top-10, and keep the car clean all year, that would be a good season for us.  I have a boost in confidence because I know we’re going to have a good car and we’ll have Todd at the track helping us and he’ll let me know if I’m doing anything wrong.  We’d love to be a top-10 car in the points and if we could get a top-5 finish, that would be overly successful for us and I’d be very proud of that.” 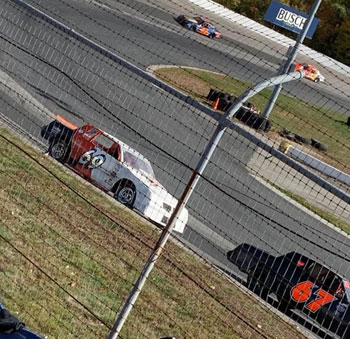 In addition to his Rookie of the Year aspirations, Carey would also like to place his #69 in NAPA Victory Lane at least once during the 2020 season and turn one of his racing dreams into reality.

“In addition to Rookie of the Year, we’d love to try to get some wins this season,” said Carey.  “It might not come at the start of the year but if we can stay consistent throughout the season, hopefully we can finish a race off and get a win later on.  A win would be outstanding for us.  We’re taking a big chance moving up to the modifieds and to be able to add the Carey name to the Stafford winners list would be a dream come true for me.  There’s a lot of tough competitors but I’m looking to make a name for myself.”

The 2020 SK Light season kicks off with the 49th Annual NAPA Spring Sizzler® on April 24-26.  Tickets for the “Greatest Race in the History of Spring” are on sale now by calling the Speedway Box Office 860-684-2783 or online at www.staffordspeedway.com.