Cassie Rocco and Maina Rufrano Raise Nearly $6,000 for Cancer Research With Racing for the Cure Campaign at Stafford Speedway 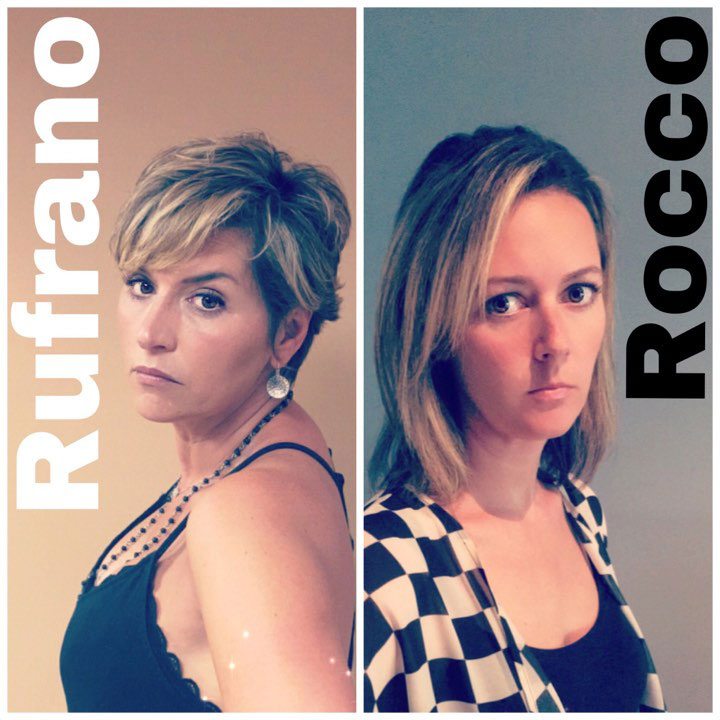 (Stafford Springs, CT)—As part of their Racing for the Cure campaign leading up to the NAPA Fall Final on Sept. 30, Cassie Rocco and Maina Rufrano took to the wheel of DARE Stock cars supplied by Rent A Racecar for the NAPA Fall Final feature event and in the process raised $5,903 for cancer research in the process. Rocco is the wife of 3-time Stafford SK Modified® champion Keith Rocco and Rufrano is the wife of Rocco’s car owner John Rufrano and mother to SK Light driver Marcello Rufrano.

Rocco and Rufrano set up an online donation page through the American Cancer Society where donations could be made to support Rocco or Rufrano in their fundraising efforts leading up to the race. Rocco’s race was cut short due to a fuel leak and she finished 21st in the feature event while Rufrano came home with a 16th place finish. While Rocco might have lost the battle on the track, she raised $2,985 to Rufrano’s $2,918 to win the duel of raising the most money.

“Together we raised just shy of $6,000,” said Rocco. “Our goal was to raise $5,000 so we exceeded our goal and expectation but I feel like we could do better for sure. Maina won the race on the track but I won the race of raising money, so I’m all right with her beating me on the track. She’s a little braver than I am so I think she would always beat me on the track. Once I got over my fear and anxiety of being out on the track, I was having a blast. I was literally just starting to really have fun and the car stopped. I only got like 5 laps and I was hoping for more. Now I know what to expect and I think it’ll be much better.” 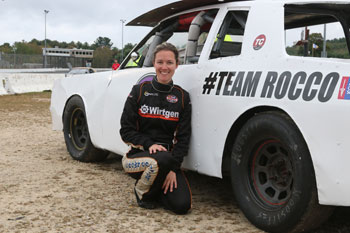 With the success of their fundraising efforts this season, Rocco and Rufrano in conjunction with Stafford Speedway, are excited about organizing a ladies race for 2018 to help raise money for cancer research.

“I’m looking forward to doing this again next year at Stafford and I think I’ll be a lot more relaxed than I was this year,” said Rocco. “I have some ideas floating around and I’d like to have a race where just wives and girlfriends can race each other rather than being out there with the all the guys, especially at the Fall Final. I know guys are racing for championships and I would hate to be the cause of anything. I was sick to my stomach before the race this year because I didn’t want to be the cause of a caution flag that maybe someone didn’t need during the race. Luckily when my car stopped the caution was already out.” 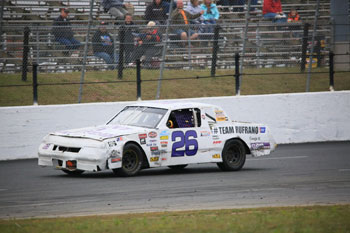 While Rocco and Rufrano’s stated goal was $5,000 this season, they are looking to at least double that for the 2018 season.

“We had a late start to the fundraising this year and we really didn’t push the issue because there was so much other stuff going on yet we still raised almost $6,000,” said Rocco. “I’d like to get started with the fundraising around Spring Sizzler and collect donations throughout the season so I think that $10,000 would be doable by Fall Final Weekend. We’d like to at least double the donations we received this year.”

Stay tuned for the announcement of the 2018 Stafford Speedway schedule and a special ladies race that will focus on raising money for the American Cancer Society.