(Stafford Springs, CT)—Since the first green flag of the 2018 season was dropped at Stafford Speedway back in April for the NAPA Spring Sizzler, teams from each of Stafford’s five NASCAR Whelen All-American Series divisions have been accumulating points in the Call Before You Dig 811 Challenge. 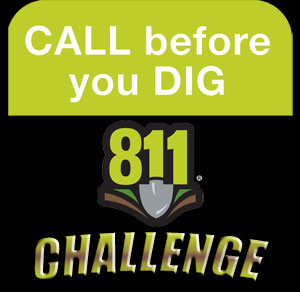 Now in its sixth consecutive season, the CBYD 811 Challenge awards drivers from each division 100 points for a victory and each subsequent position is worth 5 points less. The object is for drivers to accumulate as many points as they can without exceeding 811 points and the five drivers who come the closest to 811 points without going over will each receive an $811 bonus from CBYD. In the five previous seasons of the CBYD 811 Challenge, Stafford competitors have received $20,275 from CBYD. The 2018 CBYD Challenge will bring the total up to $24,330. 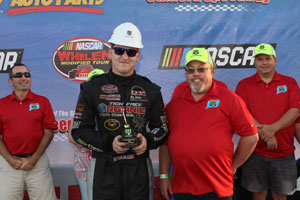 “Looking at the standings, there’s a lot of drivers who have already exceeded the 811 point barrier and with another month to go before the challenge closes, it looks like there will be quite a few more drivers going over 811 points,” said Derek Brown, Vice President of Damage Prevention and Education at CBYD. “With so many drivers exceeding 811 points, it will allow for some drivers who might not otherwise receive any bonuses throughout the season the opportunity to claim one of the $811 CBYD 811 Challenge awards which will hopefully help those drivers be able to finish the season out strong.”

The 2018 edition of the CBYD Challenge will come to an end on August 10th with the five winners receiving their awards on August 17 as part of the CBYD Late Model 50 festivities. August 11 is National 811 Day, which serves as a reminder to all homeowners and contractors that they need to call 811 before undertaking any underground digging project. This year’s National 811 Day is significant because it will mark the 40th anniversary of CBYD in Connecticut. 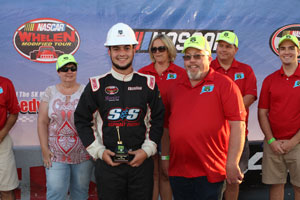 “The CBYD 811 Challenge program, along with the August 11 National 811 Day, has been a great way for us to be able to remind everyone that they need to call 811 before undertaking any underground digging project,” said Brown. “We’re ending the 811 challenge on August 10 since that was the closest date we could get to August 11 and this year will be special since it’s the 40th anniversary of CBYD in Connecticut. All homeowners and contractors can call 811 or go to www.cbyd.com to obtain a job ticket for any project that will involve digging into the ground. The website got a new look this past January to help make it more user friendly and we encourage everyone to call 811 or use the website. It’s the law in Connecticut to call 811 before you dig.” 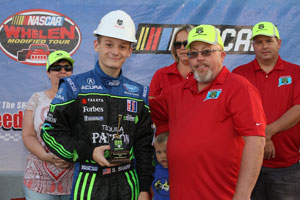 The 17 drivers who have already exceeded the 811 point barrier this season include Ronnie Williams and Keith Rocco from the SK Modified® division, Tom Fearn, Tyler Leary, Michael Wray, and Paul Arute from the Late Model division, Bryan Narducci and Marcello Rufrano from the SK Light division, Jeremy Lavoie, Ryan Fearn, R.J. Surdell, Gary Patnode, and Duane Provost from the Limited Late Model division, and Brandon Michael, Meghan Fuller, George Bessette, Jr., and Nicole Chambrello from the Street Stock division. There have been 24 different winners from the past five seasons of the CBYD 811 Challenge with Robert Bloxsom, III the only repeat winner thus far.

Call Before You Dig is a state regulated, non-profit organization comprised of all public utilities and municipalities in Connecticut. The purpose of CBYD is to function as a statewide, one-call notification system that provides excavators and the general public with the ability to inform multiple owners and operators of underground facilities of proposed excavation, demolition or blasting. Contractors as well as anyone in the general public can use the E-Ticket system found online at www.cbyd.com to set up a location request for any project that involves digging into the ground. The CBYD website offers the opportunity to register for E-Tickets for jobs as well as providing resources such as a design survey, education materials about digging into the ground, emergency contacts, and reports and forms.