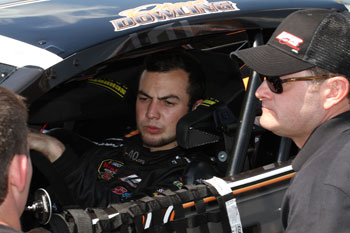 (Stafford Springs, CT)—Fresh off of his first career NASCAR Whelen Modified Tour victory at Loudon this past weekend, Chase Dowling will be looking to pilot his #15 15-40 Connection Chevrolet to victory lane for the second race in a row this weekend, September 29-30, in the NAPA Fall Final at Stafford Speedway. Dowling finished second in the NAPA Spring Sizzler® back in April and despite finishing 25th in the Starrett 150 in August, Dowling is looking forward to a solid finish at his home track.

“We feel really good coming back to Stafford,” said Dowling. “At the Sizzler we started on the pole, ran up front all day and came up just a little short finishing second. We won the pole for the August race but we had to start in the back after being too light on the scales, then we got caught up in a wreck but we had a fast racecar. Hopefully we’ll have speed in the car again and we’ll see if we can close the deal this time.” 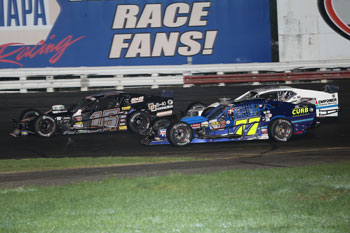 Qualifying towards the front of the field can make a driver’s job of winning the race much easier and when it comes to qualifying at Stafford in 2018, Dowling has been the king of laying down a fast lap. Dowling set a track record in April for the NAPA Spring Sizzler with a time of 17.721 seconds and he was the fast qualifier in August for the Starrett 150. Dowling would like to get his NAPA Fall Final weekend kicked off by claiming a clean sweep of 2018 pole positions at Stafford.

“It would be pretty cool to sweep the pole positions at Stafford this season,” said Dowling. “We’ve showed a lot of speed this year and with Stafford being my home track, I have a little extra confidence. We’re going to do our thing like we do week in and week out and hopefully we will have a good qualifying effort on Saturday and have some good pit stops and strategy and be there for the end of the race on Sunday.” 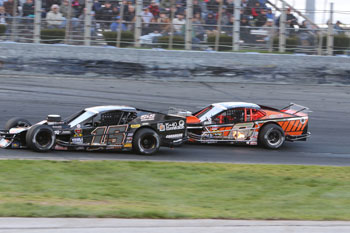 Dowling’s first career win at Loudon brought him to within 74 points of Justin Bonsignore in the race for the 2018 NWMT championship. With only 2 races left this season, Dowling can afford to take some risks during the NAPA Fall Final 150 that he might not normally make as he looks to take the checkered flag.

“We can be a little more aggressive with some of our calls and maybe wait a little bit longer to get tires or maybe we can come in a little earlier than everyone else for new tires,” said Dowling. “With the season we’ve been having we just have to keep on doing what we’ve been doing, there isn’t much we can change at this point.”

With NWMT teams only allowed to change one tire per pit stop, it’s anyone’s guess as to what will be the winning pit strategy. The August Starrett 150 saw 12 lead changes among 6 different drivers with Doug Coby taking the lead for the final time from Timmy Solomito with 19 laps to go. With so many different options available to teams, Dowling says that rather than having a pre-race plan, teams must see how the race is playing out and make their strategy calls accordingly. 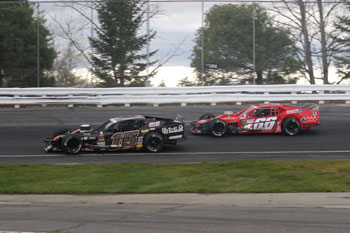 “Picking a strategy is really hard,” said Dowling. “Whether you’re leading or running 15th, there’s different strategies you can use. You don’t really go into the race with a plan, you wait to see when the cautions come out and see what you can do with your tires. You can see what other guys are doing, or maybe you do your own thing. Strategy is going to be a big part of winning the race. The track is going to be different from the Sizzler and the August race so we’ll have to stay on top of the track and make the best calls and preparation on car setup. Having the right track position at the end of the race is going to be the key to winning.”

Now that Dowling has finally entered himself into the record books as a NWMT race winner after four second place finishes this season, he would like nothing more than to add a Stafford race win to his resume. 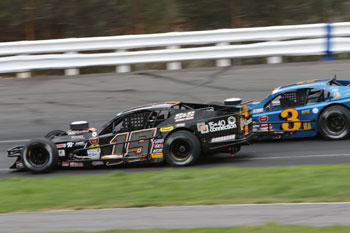 “A win at Stafford would be huge for us,” said Dowling. “It’s hard to win any race on the Tour. I think we have a good group of guys who have the brains to get it done and if I can limit my mistakes on the track and give the best feedback I can, we should be a contender. It’s pretty neat to be able to win a race, especially since that was a goal of mine growing up. It’s a good feeling to finally get a win on the Whelen Modified Tour stage and that was definitely a monkey off our backs. We’ve worked hard all year long to get a win and it wasn’t like we were struggling but I think we just didn’t have the cards fall our way with getting the second, third, and fourth place finishes this season. At Loudon we hit it on the spot, the crew did a great job on pit road all day, and hopefully we can translate that over to Stafford.”

Tickets for the 46th Annual NAPA Auto Parts Fall Final Weekend are priced at $40.00 for adult general admission, $5.00 for children ages 6-14, and children ages 5 and under are admitted free of charge when accompanied by an adult. Reserved seating is priced at $42.00 for all ages. All NAPA Fall Final tickets are good for admission on both Saturday and Sunday and ticket prices include 10% CT Admission Tax. Discount tickets are available at your local participating NAPA Auto Parts Store. The NAPA tickets include general admission for both days along with a luncheon buffet on Sunday, all for only $38 per person. For a list of participating NAPA Stores, please click the PARTICIPATING NAPA STORES link found at the top of the www.staffordspeedway.com homepage.