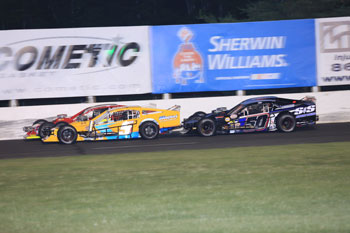 (Stafford Springs, CT)—After taking two-years off from full-time SK Modified® competition to compete on the NASCAR Whelen Modified Tour, Chase Dowling, SK Light graduate and 2015 NWMT Rookie of the Year, has returned to Stafford with vengeance. Dowling has joined forces with Adam Skowyra and the #50 SK Modified® team and has scored 2 wins, 4 top 5’s, and 5 top 10’s in 6 races.

“Coming into the #50 car for the Skowyra family, I knew I had big boots to fill with Woody [Pitkat] being in the car the last few years,” explained Dowling.  “I knew we could win, when we tested for the first time, we all got along and bonded really well.  Everything we’ve been doing so far is what we expected when this deal came together.  We just have to keep on doing what we’ve been doing.  It’s the effort at the shop that makes the racing at Stafford on Friday night the fun part.” 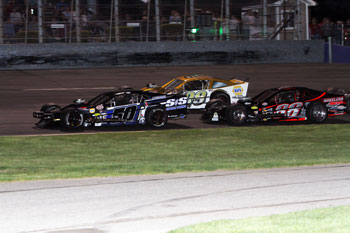 Dowling and the S&S Asphalt Paving #50 team came out of the gate strong winning the 40-lap SK Modified® feature at the NAPA Auto Parts Spring Sizzler and backing that up with another win 3 weeks later.  The Roxbury, CT native is no stranger to victory lane with 10 Stafford Speedway victories to his name including 7 in the SK Light division.

“I’ve driven all different kinds of chassis during my time on the Tour and at Stafford in the SK Lights and the SK’s and it’s the people behind you that are going to make the difference,” continued Dowling. “It’s a lot of fun when you have a good car like we have it every week to be battling for wins.  We definitely don’t take it for granted either because we know we can get into a slump at any time.”

Slump is not a word you would use to describe Dowling’s season thus far.  With 2 wins to his record in 2017, Chase and the #50 team have been contending for wins each week, thrilling fans along the way with classic SK Modified® battles with some of the best in the business including “The King” Ted Christopher.  Last time out Chase battled with “TC” hard for the last 10 laps, swapping the lead multiple times.  Ted took home the win but Dowling proved he belonged with the top Modified drivers in the region. 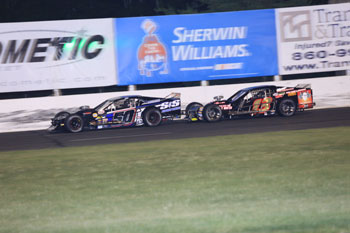 “It was hard racing,” explained Chase when referring to the late race battle with Ted Christopher. “I have fun racing and you can’t win them all.  As long as the cars are coming home in one piece and aren’t in the fence, then it’s just good, hard racing and there’s nothing you can do about it.  It’s always fun racing with a guy like Teddy.  You’re not getting beat by just another guy, you’re getting beat by a guy who has 127 career wins at Stafford, so it’s nothing to be shameful about. We beat him already once and he beat us, so it’s all kind of equal at Stafford right now.”

Dowling has his sights set for victory lane in the biggest SK Modified® race of the season, the NAPA Auto Parts SK 5K on Friday, July 7th.  The SK Modified® division is slated to run 100 laps with $5,000 to win and over $34,000 in posted awards.

“It’s pretty cool that we get to go 100 laps and I think drivers will be a little more patient during the race, it could get interesting at the end,” commented Dowling on the NAPA SK 5K.  “I think it might come down to a green white checkered at the finish.  It’s definitely going to be a race worth watching.  I’d like to thank to everyone like NAPA Auto Parts, Dunleavy’s Truck and Trailer Repair, Wheeler’s Automotive, and Stafford Speedway for providing the facility and putting up the money for this race.  There’s not a lot of race tracks that actually respect everyone that walks in through the gates every week.  People greet you at the gate every week and it really makes you feel welcome. It’s really cool that they’re doing a special race like this with big money on the line and some extra laps instead of running 40 laps every week.” 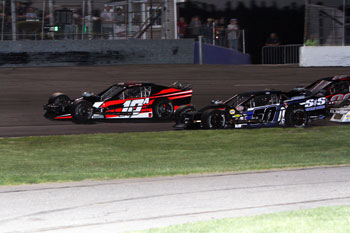 The 4th annual NAPA Auto Parts SK 5K takes the green flag at Stafford this Friday night, July 7th. With $5,000 to win and over $30,000 in posted awards, the 100-lap big money race will be an event not to miss. Discount tickets for the NAPA SK 5k are available at participating NAPA Auto Parts stores. For a full list of the 71 participating locations throughout Connecticut, Massachusetts, New York, Rhode Island, and Vermont, please call the speedway office or visit us on the web at www.staffordmotorspeedway.com/participating-napa-auto-parts-stores. Tickets for the NAPA SK 5K are available and on sale now at the Speedway Box Office. Tickets are priced at $30.00 for adult general admission tickets, $5.00 for kids ages 6-14, and kids 5 and under are admitted free of charge when accompanied by an adult. Reserved seating is priced at $32.00 for all ages. All ticket prices include 10% CT Admission Tax. Stafford Speedway offers free parking with free overnight parking for self-contained RV’s available. There will also be a barbeque taking place on the midway with some great food available to race fans for only $10.