Posted on April 3, 2019 by Scott Running Posted in News 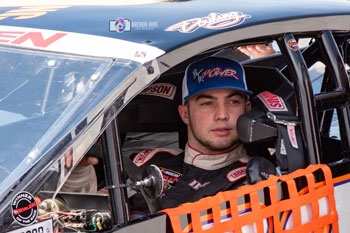 (Stafford Springs, CT)—When it comes to winning races at Stafford Speedway, Chase Dowling certainly knows how to get the job done. The 21 year old, originally from Roxbury, CT, has 13 career wins at the Connecticut half-mile with 7 SK Light wins during his rookie season in 2013 and 6 SK Modified® wins from 2014-2018. Dowling is looking to carry on his winning ways at the NAPA Spring Sizzler® Whelen Modified Tour 200 on April 27-28.

With a third place finish in the 2017 running of the NAPA Spring Sizzler®, and second in 2018, Dowling will be looking to step up one more rung of the ladder in victory lane and he’s hoping his most recent second place finish at the NWMT stop in South Boston will be to his benefit.

“Finishing second was a big relief,” said Dowling. “We threw this deal together with Jamie over the winter and it was a good testament to everyone on Jamie’s team and the guys on my side of things. We were fast in practice and we qualified outside pole and finished second at South Boston. It was great to see Jamie and his whole team happy again and it brings a lot of confidence when you can run that good the first time out with a new car. We’re going to try like hell to win the Sizzler. Stafford is my home track and I’ve won races in every series I’ve driven at Stafford from SK Lights to SK Modifieds® and now I really want to get a NASCAR Touring win at Stafford. It’s so hard to win a race at Stafford because there’s so many good cars and crew chiefs. Winning the Sizzler would be huge for Jamie, the whole crew, and myself.” 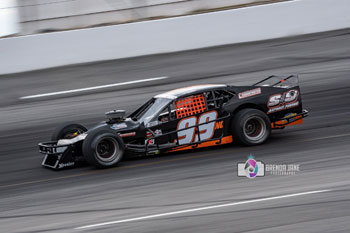 Dowling and Tomaino have collaborated in the past, teaming up for the 2015 NWMT season where Dowling captured Sunoco Rookie of the Year Honors. Now that the duo has reunited for a partial schedule this season, Dowling will look to use his knowledge of Stafford to his benefit to cancel out any growing pains that are associated with a new car that will have only seen the race track once prior to the Sizzler.

“My experience at Stafford will be huge,” said Dowling. “With me being involved with the setup on the car, I knew after South Boston what we could expect out of the car at Stafford and I could compare how the car was at South Boston with how I expect it to be at Stafford. Having a lot of laps at Stafford hopefully we can unload fast off of the truck and we can be quick all weekend.” 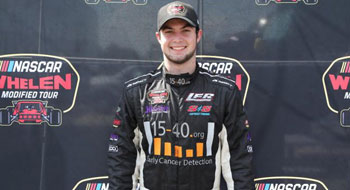 “Qualifying is going to be important because that sets the tone for the weekend, especially with qualifying on Saturday,” said Dowling. “You can regroup overnight and come back on Sunday and get into race pace strategy. It’s crucial to be up front to know what you have in the car for the end of the race.”

The other main aspect of winning the NAPA Spring Sizzler® will be to have the correct pit strategy. With the Sizzler® set at 200-laps in distance, everyone in the field will have to make one pit stop for fuel while balancing when to come to pit road for tires as teams can only take fuel or change one tire per pit stop. With Dowling being a part-time team this season and not racing for the championship, he and the Tomaino team can afford to take some risks with their pit strategy that they might not normally make if they were a full-time team.

“There’s so many different strategies to go with that you have to see how many cars are on the lead lap and how the cautions are falling during the race,” said Dowling. Things can unfold really quickly at Stafford and that’s what makes this race so awesome. You can have the fastest car, but if you have the wrong pit strategy, that can really mess your day up. I’m sure the race is going to be a great race and entertaining for all the fans in the grandstands.”

Fans can also see Dowling in action in Stafford’s three Open Modified events driving the #00 Jimmy Paige owned car. With 2 second place finishes last season, Dowling is looking to go one position better this season in the Open Modified 80 on May 10, the Twisted Tea 80 on June 14, and the Bud Light 80 on July 12. 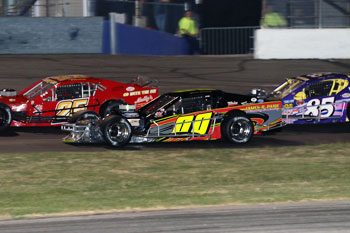 “I’m really happy to be back with Jimmy Paige this year,” said Dowling. “It’s a privilege that he called me back after last year to let me drive his car. Working with Steve LeMay and the whole group, we have a lot of fun. We need to get a win this year because last year every start we made we ended up finishing second. It’s a great group of guys to be working with and they have great equipment and hopefully this year we can get a win.”

The NAPA Spring Sizzler® spans 3 days kicking off Friday April 26th with a full afternoon of practice for Stafford’s weekly divisions. The weekend continues Saturday with qualifying for all divisions including group qualifying for the NASCAR Whelen Modified Tour as well as feature racing for the Vintage All-Stars, Limited Late Models and Street Stocks. New for 2019 the Saturday Street Stock feature will be a 30 lap special event as part of the RMSPCO.com Street Stock Triple Crown. Sizzler® weekend is capped off Sunday with the NAPA Auto Parts Pit Party and feature racing for the SK Modifieds®, Late Models, SK Light Modifieds, and finally the NAPA Spring Sizzler® 200 for the NASCAR Whelen Modified Tour.