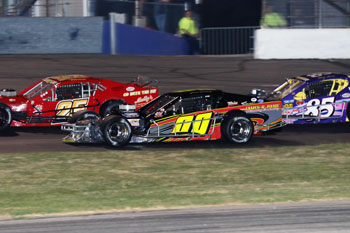 (Stafford Springs, CT)—When the Open Modified 80 at Stafford Speedway takes the green flag next Friday night, May 24 as part of Dunleavy’s Modifiedz Night, perhaps no driver will be looking to get to victory lane more than Chase Dowling. Dowling started fourth in the NAPA Spring Sizzler®, led the most laps, and looked to be one of the contenders for the checkered flag, but a mechanical issue sidelined him with 31 laps left to run. Dowling will be looking to rebound from that disappointing finish behind the wheel of the #00 Jimmy Paige Plumbing & Heating machine that he has already piloted to one victory earlier this season at Thompson Speedway.

“We had a really good start to the year winning at Thompson and the #00 car has some great people working on it,” said Dowling. “I’m always excited to come back to my home track, especially with how well I ran at the Sizzler. When mechanical issues happen late in the race, like what happened at the Sizzler, it’s frustrating but there’s not a lot I could have done in that situation. Hopefully next Friday night all the pieces of the puzzle will line up for us and we can finish the race in victory lane. When we unload the car, all we’re thinking about is winning the race. I have a really great team on the #00 car with Jimmy Paige as the owner and Steve Lemay as the crew chief so I know they’ll give me the best chance at winning the race.” 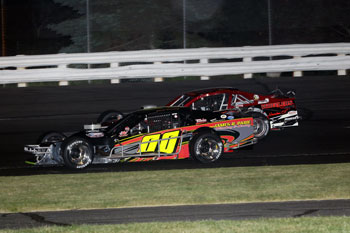 In addition to rebounding from his disappointing Spring Sizzler® finish, Dowling is also craving a win after he finished second in both of the Open Mod 80 events held last season at Stafford, finishing behind Tommy Barrett, Jr. in the Twisted Tea Open 80 and Eric Goodale in the Bud Light Open 80.

“A win would be huge for us,” said Dowling. “I know how much money, effort, and time all the guys put in to the #00 car and they eat, sleep, and breathe racing. They’re not going to do anything but give me the best opportunity at winning and hopefully things can pan out in our favor.”

The Open Mod 80 at Stafford is 120 laps shorter than the NAPA Spring Sizzler® and drivers will have the ability to pit for two fresh tires during the race rather than having to change one tire per stop. Dowling likens the Open Mod 80 to a sprint race where drivers don’t have to hold anything back and can run as hard as they can for 80 laps around the Connecticut half-mile. 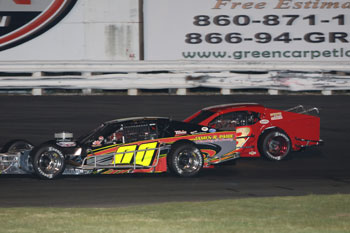 “The thing I really love about the Open 80’s is we get two tires and that gives us the strategy that we can pretty much drive hard for the whole race and we don’t have to ride and save tires,” said Dowling. “It’s kind of like an extended SK Modified® race only with more horsepower in the cars. It’s a fun race from a driver’s standpoint and I’m sure it’s going to be a great race for the fans to come watch.”

Dowling also likes the wide variety of drivers that are on the entry list for the May 24 Open Mod 80.

“You might think it would be a bunch of local guys but these races bring guys from all over like Long Island, New York, Massachusetts, and North Carolina,” said Dowling. “Drivers like Tommy Barrett, Eric Goodale, and Richard Savary, that’s the cool thing about these races. It’s drawing a lot of attention to Stafford and hopefully these open 80 races can continue into the future.”