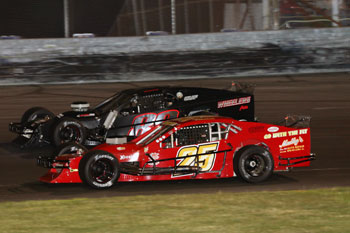 (Stafford Springs, CT)— With Rowan Pennink announcing his retirement from racing, Gary Casella has tabbed SK Modified® and Whelen Modified Tour driver Chase Dowling to pilot the #25 Mully’s Auto Repair machine in this Friday August 31st Lincoln Tech VMRS 80. The #25 team has won the last 2 VMRS races at Stafford and 3 of the 6 VMRS races run at Stafford from 2016 through this season. Based on the 25 car’s winning background combined with Dowling’s experience around the Stafford half-mile, Dowling is feeling good about his chances in the Lincoln Tech VMRS 80.

“With Rowan’s retirement, I’m very fortunate for Gary Casella allowing me to drive his car,” said Dowling. “I know those guys have a fast race car at Stafford. I’ve definitely got some big shoes to fill and those guys want to win really bad and so do I. I’m definitely looking forward to the race. I’ve won a couple races at Monadnock with the 25 team in the past and it’s a good feeling whenever you can get in a car that has a winning history. I just have to go out and do my job on the track.”

With the #25 car not in the championship hunt for the Valenti Modified Racing Series, Dowling and the #25 team are racing for the win in the Lincoln Tech VMRS 80. 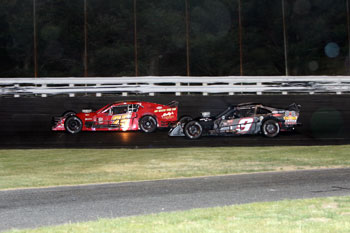 “We can have a totally different mentality not having to worry about points racing,” said Dowling. “Our focus will be on winning the race. I can give it my all and I have nothing to lose at the end of the day. It would be cool for me personally and for the team to win. Those guys expect to win races and I’m going to do my best and I’m sure they’ll put all their effort in to give me a great car.”

The last VMRS race at Stafford back in May saw Rowan Pennink employ a race strategy of hanging towards the back of the pack for the first half of the race before charging through the field in the second half. While Pennink’s strategy was somewhat influenced by the fact that he couldn’t start higher than 18th since he had won the prior VMRS race, Dowling says that his race strategy will be determined by several factors.

“It all depends on where you start,” said Dowling. “If you start towards the front, you can stay mid pack and set your own pace and then go when you think its time to go. With the soft tire compound in the MRS, you don’t want to chew the tires up too early and you want to be in the right spot for the end of the race. It seems whenever you go into a race with a plan it usually doesn’t play out like you think so we’ll take things lap by lap and see what happens.” 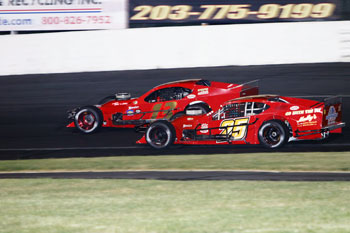 In addition to the Lincoln Tech VMRS 80, Dowling will also be in search of his second SK Modified® feature win of the 2018 season behind the wheel of his #36 Wicked Powersports car. Dowling recorded his first win back on June 1st and he will also be using his SK Modified® experience to get a better idea of how the track will change for his VMRS effort.

“It’s been a progression since the beginning of the year with the SK,” said Dowling. “I think now we can consider ourselves a top-5 car every week. We’ve showed some speed lately and it’s getting better and better and that’s all I can ask for as a driver. We’ve been working on figuring out the LFR car, my guys have all stuck with me and hopefully we can get another win before the season ends. The track obviously changes a lot from practice to the time we race and you know what the track is going to be like going from the SK car to the MRS car and vice versa so I think it’s a benefit being able to run both cars and knowing what the track is going to do.”

Tickets for Friday night’s Lincoln Tech VMRS 80 are available and on sale now. Tickets are priced at $30.00 for adult general admission, $5.00 for children ages 6-14, and children ages 5 and under are admitted free of charge when accompanied by an adult. Reserved seat tickets are $32.00 for all ages. All ticket prices include 10% CT Admission Tax. Stafford Motor Speedway offers plenty of free parking along with overnight parking available for self contained Recreational Vehicles. Grandstand gates will open at 5:15pm with VMRS qualifying heats starting at 6:30pm and feature events immediately following VMRS qualifying.