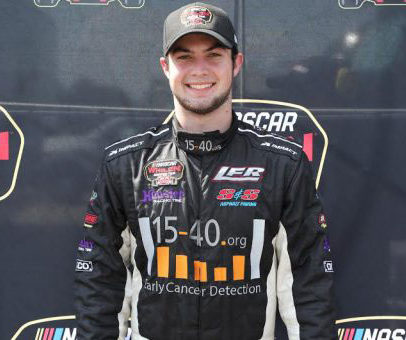 STAFFORD SPRINGS, Conn. — For the second time in his young career, Chase Dowling will lead the pack of NASCAR Whelen Modified Tour cars to the green on Sunday afternoon.

The Roxbury, Connecticut, driver found himself at the top of the speed charts when qualifying for the NAPA Spring Sizzler came to a close at Stafford Motor Speedway on Saturday, allowing him to capture his second career pole.

Dowling posted a quick lap of 17.721 seconds (101.574 mph) behind the wheel of the No. 15 LFR Chassis, 15-40 Connection Chevrolet. The lap was also good enough to break the track record at the half-mile, setting a new fast pace.

Rowan Pennink, who posted a fast lap of 17.837 seconds, will join Dowling on the front row behind the wheel of the No. 3 Cape Cod Copper Chevrolet.

Jon McKennedy, who won the Whelen Modified Tour opener at Myrtle Beach, was third fastest in qualifying. Most recent series winner Justin Bonsignore was fourth, followed by Doug Coby, who rounded out the top five.

The NASCAR Whelen Modified Tour returns to the track on Sunday, with the 47th annual NAPA Spring Sizzler scheduled for 3:45 p.m.