(Stafford Springs, CT)—When the green flag drops on the 2019 SK Light season at Stafford Speedway, Chris Bagnall will bring to fruition a vision that began two years ago. The Winsted, CT native and Street Stock veteran driver purchased a modified chassis two years ago and has slowly been building up an inventory of parts and pieces. With the help of sponsors, the time was right for Bagnall to finally make his entry into the SK Light division and challenge for Rookie of the Year honors in the #37 Advanced Auto Repair Chevrolet. 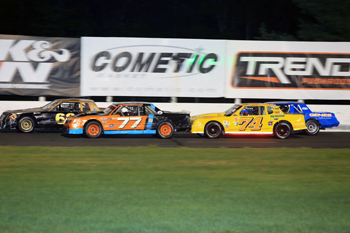 “We’re definitely going SK Light racing this season,” said Bagnall. “We were approached with some sponsorship opportunities at the Fall Final and those sponsors only wanted to come on board with us if we were going SK Light racing. We’ll have sponsorship from Advanced Auto Repair, Hobbytown Trophy World, Precision Auto Glass & Mirror, Brian Bagnall Construction, D & M Auto, Berkshire Country Store, and Sullivan’s Premier Glass. I bought a modified chassis two years ago and with everything now falling into place for us with sponsorship we decided this was the time to go for it.”

Although Bagnall comes to the SK Light division with next to zero modified experience, he has experience racing open wheel formula cars, Champ Karts, road racing and he has dabbled in drag racing. Bagnall is hoping that his diverse racing background will help to accelerate his learning curve in the SK Lights.

“Knowing just how competitive the SK Light division is there’s going to be a learning curve for sure,” said Bagnall. “I’ve done some road racing in open wheel cars and I’ve won a couple championships in champ karts, so I have a little experience in open wheel racing but there’s a lot for us to learn. The biggest thing for me will be to not touch wheels in the SK Lights. My goal is to gain the respect of the other drivers and work our way up to being competitive.” 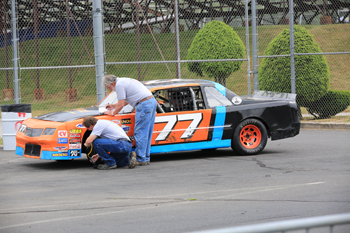 As he has been busy preparing for his rookie season in the SK Light ranks, Bagnall has surrounded himself with good people to help him manage his SK Light rookie campaign. Bagnall says that with all the great help he has he is the most prepared he’s ever been at the start of a racing season.

“I’ve had a lot of help from guys like Mark Alkas, Brian Crunden, Donny Travaglin, Wade Cole, and Nick and Stephen Kopcik,” said Bagnall. “It’s been a lot of work this off season but with the support we have, it’s been a lot of fun. It’s been really neat to have the kind of support I have with this car. I don’t think I’ve ever been as prepared for the start of a season as we are right now. I think we can have a competitive car right out of the box and we want to race hard and try to not be too conservative.”

Despite his relative lack of modified experience, Bagnall has his sights set on being a contender for the Rookie of the Year title. 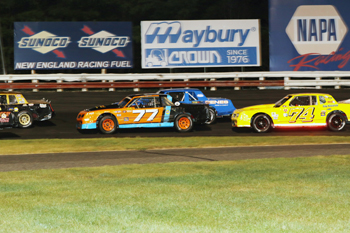 “We’re going to go for Rookie of the Year,” said Bagnall. “We feel with the program we’re putting together we should be competitive enough to be in the rookie mix. To win Rookie of the Year would be huge. I think the competition level at Stafford is at the highest point that it’s been in a long time and for us to be on that level would be mind blowing. We’d love to get into the top-10 in points but realistically I feel like a top-15 finish is very doable for us. If we could get a top-10 finish in our first season going through the building stages we’ll definitely give ourselves a pat on the back and anything above that would be above our expectations. Knowing how tough the SK Light division is, a top-10 finish would be one heck of a season for our team.”

In addition to his Rookie of the Year ambitions, Bagnall also has a long-term goal in mind for his #37 Advanced Auto Repair team.

“I want to build a team so when I’m done racing, I can bring a driver in to race the car for me,” said Bagnall. “Hopefully that won’t be for at least another 10 years or so.”