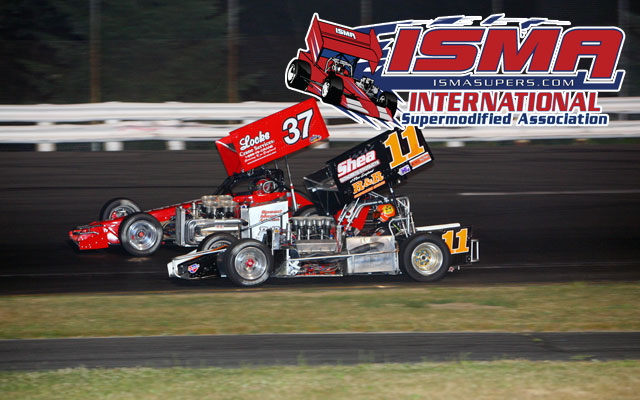 (Stafford Springs, CT)—The winged supers of the International SuperModified Association (ISMA) will return to Stafford Motor Speedway on Friday, June 23 after a 3-year absence. The 60-lap exciting and fast feature for the ISMA Supers will be one of 6 divisions that will be in action. Stafford’s 5 NASCAR Whelen All American Series divisions will continue their weekly quest for the championship. Leading the ISMA Supers return to Stafford will be 6-time ISMA Driver Champion and Rowley, MA native Chris Perley.

Along with his six drivers championships, Perley is the all-time winningest driver in ISMA history with 73 career feature wins, 21 more than second place Russ Wood. Of Perley’s 73 career wins, 5 of them have come at Stafford and with that in mind, he is looking forward to returning to a track where he has enjoyed a fair share of success.

Perley has been the king of the ISMA Supers at Stafford with 5 wins in 10 starts. Mike Lichty is the only other driver with multiple ISMA wins at Stafford with 2 while Mike Ordway, Sr., Rob Summers, and Russ Wood each have won once. With three seasons in between visits to Stafford and a brand new car, Perley isn’t sure what to expect when he hits the track with his Vic Miller owned #11 machine.

“We have a new car now and we still got a bunch of learning to do with it so I’m not sure what to be expecting at Stafford,” said Perley. “We’re hoping for a top-5 run. I think the track has definitely suited my driving style in the past so I’m hoping between the crew working on the car and me telling them what we need, we can get the car close and put on a good show for everyone. We’ve run the car at Oswego and Lancaster and we have a win and a ninth. Even with the win at Oswego, which was awesome and a great pump up for the crew, it’s a Hawk chassis and we still have a long way to go to where we’re competitive everywhere we go like we had with our old car. I think if we have a decent car we should be in the top-5, but you never know. I don’t like to put my expectations too high because then it becomes too easy to be disappointed. I don’t see the track being too much different than it was before and it might actually be a little worse for us because some of the other guys will be bringing back cars they’ve raced with at Stafford in the past.”

The ISMA Supers will join Stafford’s NWAAS weekly divisions with qualifying beginning at 6:30pm. Tickets for this event are on sale now and are priced at $30.00 for adult general admission tickets, $5.00 for children ages 6-14, and children ages 5 and under are admitted free of charge when accompanied by an adult. Reserved seat tickets are $32.00 for all ages. All ticket prices include 10% CT Admission Tax. Stafford Motor Speedway offers plenty of free parking along with overnight parking available for self contained Recreational Vehicles.