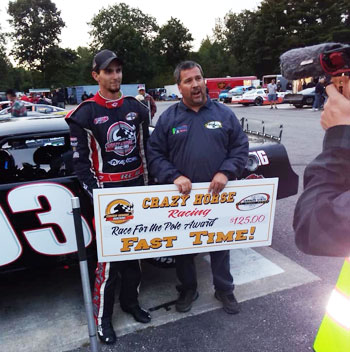 (Stafford Springs, CT)—Stafford Speedway has added two more cars to the entry list for its Inaugural Call Before You Dig Pro Late Model 81, scheduled for May 29. KB Motorsports has entered the #93ct Parkway Pavilion Health and Rehab Center car for Ray Christian, III and the #93 Crazy Horse Racing car for SK Modified® veteran Todd Owen. While Owen is a seasoned veteran of over 20 years at Stafford, Christian has never raced at Stafford and the 29 year old Uncasville, CT native has never seen Stafford in person. Despite his lack of track experience at Stafford, Christian is looking forward to the May 29 race.

“I’m excited about coming to Stafford,” said Christian. “Bigger tracks seem to be my forte and I’ve always run better at tracks like Jennerstown, Thompson, Richmond, and Loudon. Funny thing is I’ve lived in Connecticut my whole life but I’ve never even seen Stafford before. I might have to come to the Sizzler and at least get my eyes on the track before I get out on the track and run some laps. I’ve always heard great things about Stafford but between work and Stafford racing on Friday nights, I usually like to get home from work and go to sleep. Big thanks to Crazy Horse Racing, my wife Ashley, my entire crew, and everyone that supports me. We’re super excited for this race and as soon as it was announced we knew we were going to be coming to Stafford.” 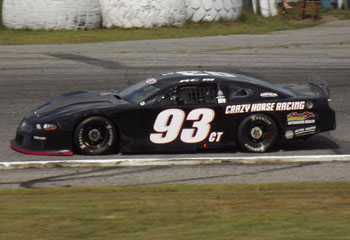 After winning races in the Mini Stock and Late Model divisions at Waterford Speedbowl, Christian joined the Granite State ProStock Series in 2018 and won Rookie of the Year honors. Christian followed that up with a runner-up finish in the standings last season and will be looking to lean on his ProStock experience as he gets to grips with the Stafford half-mile.

“I think the Granite State experience will help,” said Christian. “Stafford is pretty flat and some of the tracks we run are flat. I think Jennerstown and Stafford are pretty similar and we have a pretty good notebook for Jennerstown so we’ll probably start off with a similar set up. We have a few races on our schedule that come up before the Stafford race so we should be ready to go once May 29 rolls around.” 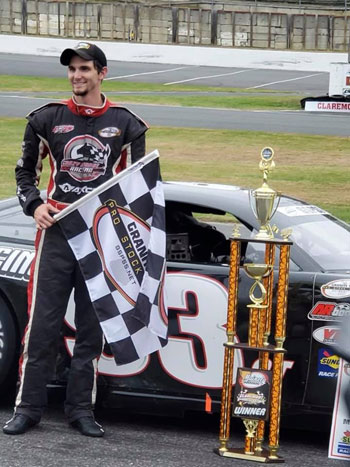 Although Christian has yet to turn a lap at Stafford or even see what the track looks like in person, he might not be at as much of a disadvantage as it seems. Most drivers will be racing Pro Late Model style cars at Stafford for the first time since a PASS race was held in 2012 and won by Ted Christopher. One driver who has had experience both racing at Stafford and in the GSPSS is Cory Casagrande, who Christian has tabbed as the early favorite.

“I think we’ll be able to settle in pretty quickly with the car,” said Christian. “Right now I’d say that Cory [Casagrande] probably has a two-tenths of a second edge over everyone. It’s been a while since these type of cars have raced at Stafford so what worked in the PASS race 8 years ago might not necessarily work now.”

As much as Casagrande might have an advantage over other drivers, Christian can always turn to his teammate Owen for advice. Even though Owen hasn’t raced a full bodied car at Stafford since the 2000 season, he won 7 races in the ProStock division in 1999 and 2000 and he finished second to Doug Coby in the 2000 points standings. Between Owen’s knowledge of Stafford and Christian’s knowledge of the cars, the two drivers can be mutually beneficial to one another in preparing for the 81 lap CBYD race on May 29.

“Todd hasn’t been in a ProStock type of car for years now so I’m hoping that we can get to a test with both of us and he can show me the ropes around the track,” said Christian. “Between the two of us, I need to learn the track and he might need to re-learn the cars a little so in a perfect world we’ll be able to help each other out and have a good run.” 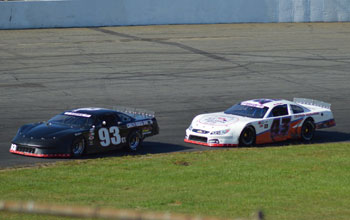 Despite having never seen Stafford before, let alone race around the half-mile layout, Christian has only one goal in mind and that is to go home with the checkered flag and the trophy.

“We always come to the track to win and we expect to win wherever we unload the car,” said Christian. “If you show up to a track and think ‘Oh, I’ll be happy with a top-10’ then you’re probably not going to have a good race. We come to the track feeling confident, Crazy Horse Racing is behind us 100%, and they always give me a great car. Hopefully my guys can work their magic and get me going pretty good around Stafford. Everyone is optimistic this time of year and I’m sure everyone you talk to is giving you the same answers but until you actually get to the track and see what’s going on, you never know what’s going to happen.

Christian, Owen, and the Pro Late Model field will take to the track for the CBYD 811 Pro LM Open on Friday, May 29. For more information, visit www.staffordspeedway.com, checkout Stafford Speedway on Facebook or Twitter, or contact the track office at 860-684-2783.