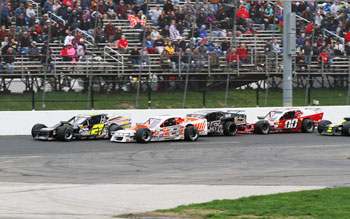 Ted Christopher, the all-time winningest driver at Stafford with 126 career victories including 104 SK Modified® wins, will pilot his familiar Brady #00 in Friday’s 125 lap feature. Christopher scored his most recent open modified victory behind the wheel of that same car in the June 2016 Stafford Valenti Modified Series 80.  During his last time out with the Brady team, Christopher scored a top 5 at the NAPA Spring Sizzler® and was a contender for another victory in the closing laps.

“It’s all different, different drivers you’re racing against and new tires,” explained Christopher. “We know the car goes good but it’s all a matter of how the tires are going to work.  We’re bringing the same car back that we won with last year with a spec engine in it and we’ll have pit stops that we can make if the car isn’t handling like we want, so I think we should be pretty good for the race.” 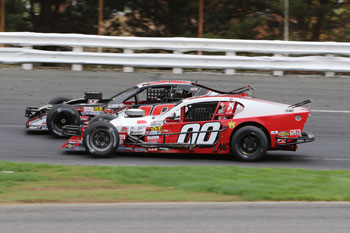 Along with Christopher, 2017 NAPA Spring Sizzler® Champion Ryan Preece is also scheduled to compete in Friday’s MTS 125.  Preece, the current Modified Touring Series point leader, is 2 for 2 in Modified Touring Series competition, grabbing the inaugural Winchester 200 last season as well as the opening event for the 2017 MTS season with both races at Monadnock.

“I feel like it’s a good series and the rules are pretty close to the Tri-Track Series,” explained Preece. “The American Racer tires perform pretty well and I’m looking forward to having a tire we can change during the race and bring a little strategy into things.”

Preece and Christopher will have a tough task at hand, navigating a new series at Stafford.  Between an unknown American Racer tire and a strong entry-list of Modified teams including the “Sultan of Stafford” Woody Pitkat, back to back SK Modified® Champion Rowan Pennink, past Stafford winners Steve Masse and John McKennedy, Whelen Modified Tour regular Eric Goodale, and arguably the best SK Light driver ever to log laps on the half-mile Tommy Barrett, getting to victory lane will not be easy. 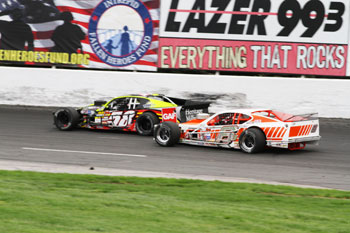 “Everyone works on their cars and we’re just going to show up as prepared as we can be and try to have a solid day” continued Preece.  “The rules are all pretty similar between series and we like the fact we can use our spec engine.  I don’t think it’s going to be one driver stealing the show, there’s between 5-10 cars that can win the race. It’s going to come down to race strategy and how your car is handling, it’s going to be an exciting race for sure.”

The Exit Realty Modified Touring Series will take to the track with qualifying beginning at 6:15pm. Stafford’s five NASCAR Whelen All-American Series divisions will also be in action. Tickets for this event are on sale now and are priced at $30.00 for adult general admission tickets, $5.00 for children ages 6-14, and children ages 5 and under are admitted free of charge when accompanied by an adult. Reserved seat tickets are $32.00 for all ages. All ticket prices include 10% CT Admission Tax. Stafford Motor Speedway offers plenty of free parking along with overnight parking available for self contained Recreational Vehicles.