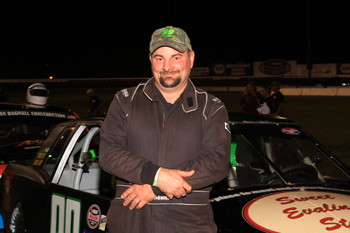 (Stafford Springs, CT)—As he prepares for his third full season of Street Stock competition at Stafford Speedway, Chuck Harrison, driver of the #99 Harvest Moon Health Foods Chevrolet, will be looking to take his on-track performance to the next level. As a rookie driver in 2017, Harrison posted 10 top-10 finishes to place 7th in the season ending points rundown. Harrison followed that up by finishing 9th in the 2018 Street Stock points standings despite having to miss four races due to work commitments. Harrison scored his first top-5 finish with a 5th place effort on June 15 and his focus for 2019 will be more top-5 finishes.

“I would say trying to consistently finish in the top-5 would be our goal for this year,” said Harrison. “I know I only have one top-5 finish so far but we feel like the car is good enough now to be there every week. We want to be running up front and racing with drivers like George Bessette, Mike Hopkins, Nicole Chambrello, Meghan Fuller, and Jason Lafayette. Right now we’re at the tail end of that group and we want to be in the middle or the front of that group. My first season we finished 7th in points and this past year we finished 9th after missing four races, so we’re looking to improve a couple of spots this season. I think we’d be pretty happy if we could finish in the top-5 in the standings.” 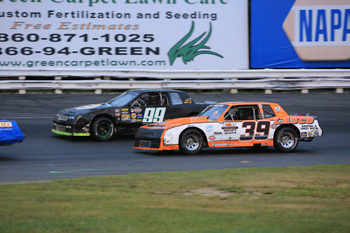 With improved performance as his stated goal for the 2019 season, Harrison looks back to his first top-5 finish on June 15 last season as a turning point. That’s when Harrison tried something new with his car setup and that new setup led to his first career top-5 finish as well as a strong finish to the season with 6 top-9 finishes in his final 8 races.

“We were really good the last month of the season,” said Harrison. “We changed the setup on the car the last week before I had to take four weeks off for work and we finished 5th. We came back with that same setup still in the car and we were better than I had been the last year and a half. We tried something that was suggested to us by our friends and it paid off. Now I can’t wait to get back racing. I’m more excited for this season than I’ve ever been because I know we have something good to work with.” 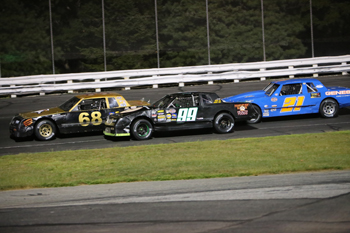 If Harrison can carry over his uptick in performance to the 2019 season, he feels like his first career win is a possibility but realistically he is looking for more top-5 finishes.

“I’ll start talking about getting a podium finish first then wins, but I do feel like we’re closer to getting our first win than we’ve ever been,” said Harrison. “I try to not be overly optimistic but we’ve been at it for two full years now and I think we have the right pieces in place to do a lot better this season. A win would be a big stamp on all the hard work we’ve put in the last couple years but just finishing on the podium would be a huge payoff for me.”

A first win would be a great way for Harrison to reward his mother, Sue Shenker, who along with Harrison, does most of the work on the #99 car on a weekly basis. 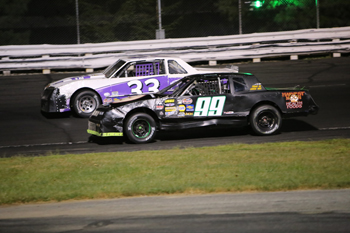 “I have some great sponsors with Harvest Moon Health Foods, Sweet Evalina’s Stand, and my Tight In Loose Out Podcast, but my mother is my hardest working crew member and she is my biggest unnamed sponsor,” said Harrison. “She does the tires and the fuel, she does all the cooking, she shoots the videos that we post on YouTube, she does everything for me, all I do is drive the car. Typically we’re a two person operation. I get a little help here and there, but she is there every week doing all the work. Every time the car gets wrecked and I don’t have the money to fix it, she comes up with the money for me to fix it and be back in time for the next Friday night. I promoted her to car owner this season because at this point, she might have more money in the car than I do!”

The 2019 Street Stock season will kick off at the 48th Annual NAPA Spring Sizzler® on April 26-28. Tickets for the “Greatest Race in the History of Spring” are on sale now by calling the Speedway Box Office 860-684-2783 or online at www.staffordspeedway.com.