(Stafford Springs, CT)—Following a two-car operation for the 2020 Limited Late Model season at Stafford Speedway, Clement Motorsports will continue to grow in 2021, adding a third car to its stable.  It will be a family affair in 2021 with Scott Clement joining his brothers Matt and Jay on the driver roster while their father Brian, a former Limited Late Model driver, will serve as crew chief and car owner.  Scott will drive the #18 while Matt will be behind the wheel of the #59 and Jay will once again be driving the #95.  All 3 cars are sponsored by Aquatic Wildlife, Elmo’s Dockside, Wayne’s Auto Body, and DMW Graphics. 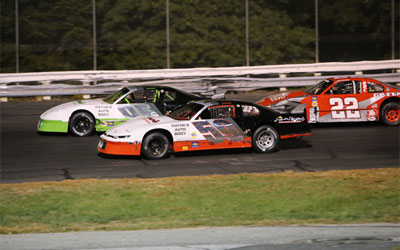 “I have 3 sons and I ran the Limited division for a number of years,” said Brian Clement.  “All 3 helped me out and assisted working on the car at some point doing whatever we needed to get done.  I ended up having some surgery after my last season in 2014 and asked Scott, who is my oldest, if he wanted to get in the car.  He was in college at the time and didn’t think he could be fully committed to it.  Next I went to Matt, who is the next oldest, and offered him the drive in the car and he’s done very well the last few years.  Last year Jay indicated that he wanted to get into racing so we went out and found him a car.  Over the last year Scott now has the time to put into racing so fortunately we were able to find another car for him to run.  Basically this is a great way for me to stay closely connected to my 3 boys.”

“We’re all excited to see how the 3 cars are going to function,” said Matt Clement.  “I was always the overweight, chunky kid of the family who never really led the way with sports or physical activity.  I really enjoy racing and I’ll have to show my brothers how it’s done.”

“We’re all pretty excited,” said Jay Clement.  “If I’ve learned anything from Matt, you have to be patient with 2 cars both on and off the track and we’ll still have to be patient with 3 cars now.  We’re a small family team and we’ll all be working 3 times as hard.  We’re all excited whenever one of us does something good so if we can get something good out of this season all the work will be worth it.”

“I’ve been a part of the team but I’ve been behind the scenes,” said Scott Clement.  “I’m very excited to be behind the wheel more than anything else this season.” 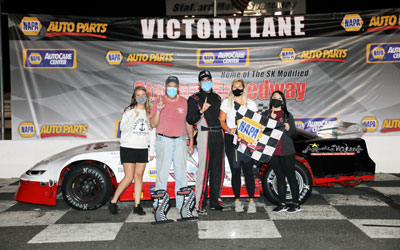 The Clement brothers head into the 2021 season at opposite ends of the experience spectrum.  For Matt Clement, the 2021 season will mark his 7th season behind the wheel of the #59 and he has 8 career wins and a career best finish of second in the points in 2019.  Jay Clement will be kicking off his second season behind the wheel of the #95 while Scott Clement will be getting his first taste of Limited Late Model competition in the #18 car, although he has taken Matt’s car out for practice several times.  With such a wide gap between their respective experience levels, they have different goals for the 2021 season.

“I’d love to beat both of my brothers but I think finishing every race will be where I start to set the bar for the season,” said Scott.  “I got a good feel for the car last season while I was practicing Matt’s car.  My big thing will be to get behind someone with a lot of experience and follow them around the track and learn.  Every practice session will be something that I can learn from.  I feel like if I can finish every race then I’ll have a leg up on any other rookie driver out there for Rookie of the Year.”

“I didn’t meet any of my goals for last season so I’ll have the same goal this season of getting a top-5 finish since I more or less know how everyone else races me,” said Jay.  “For the most part I want to take things one race at a time.  Last year I think I got too ahead of myself, which I tend to do.  Hopefully I can get a top-5 finish and if things go my way maybe get a top-5 finish in the points.  I know I have to be there at the end of every race to hit that goal.  If I’m honest, I want to be the best brother out there.” 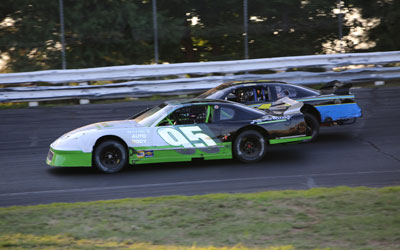 While Jay and Scott Clement are focused on finishing races and learning about their cars, Matt Clement is focused on making a run for the championship.

“My goal for the season is trophies and wins,” said Matt.  “I’m tired of second and third place finishes and last year I missed being able to give my friends, family, and sponsors a shot out by finishing on the podium.  I’m sure we’ll probably be doing things to limit contact with other people again this season but we want to win some races and put on some good shows for everyone watching.  Wins come first for me.  If we can line up a few wins and not make any bonehead moves, I think we can be in a pretty good position going into the last race of the season for the championship.”

Regardless of how things turn out in 2021 for the Clement brothers, one thing for sure is that Brian Clement will be one proud dad to have his 3 sons racing together.

“I think my reaction this season will be in two parts,” said Brian.  “First, obviously I’ll be very proud to have my 3 sons all out on the track racing in the same division, doing something that they love just as much as I do.  The second thing is as soon as I see the cars backing out of the pits and driving out to the track entrance and I go sit in my seat in turn 1, it’ll all change over to nerves.  I don’t worry about Matt so much anymore.  I remember his first season he hit basically everything but the pace car.  Jay was much cleaner in his first season than Matt was and I’m hoping that Scott will be just as clean as Jay was.  The hard part will be that I only have 2 eyes so it’s going to be tough to watch all 3 cars at once.  I’ll probably be watching Jay and Scott more than Matt since Matt has experience.”

Brian Clement will also be looking forward to sharing the nerves of watching Jay, Matt, and Scott on the track with his wife Sue. 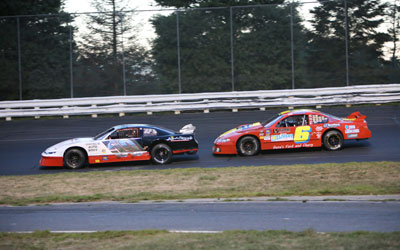 “I think the best part will be watching my wife Sue,” said Brian.  “The first time she came to watch Matt race, she told everyone she went to the track and watched Matt but I was sitting right next to her and the only thing she saw that night was the palms of her hands.  It’s kind of funny because right in the beginning of my career, my friend Ed and I put a car together for Waterford and it was either my first or second race and I pounded the fence in turn 1 right in front of where Ed and Sue were standing.  My wife turned around and went back and sat in the truck for the rest of the night.  She was always too nervous to go to the races but this year we bought her a season pass and she says she’s going to be at every race so it’s going to be exciting to see her watching the boys go racing.”

The trio of Clement brothers will hit the track together in competition for the first time on Saturday, April 24 as part of NAPA Auto Parts Opening Day festivities.  The Limited Late Models will be joined by the Granite State ProStock Series, the SK Modifieds®, Late Models, and Street Stocks.  Feature action at Stafford continues on Sunday, April 25 with the 49th Annual NAPA Spring Sizzler featuring the Whelen Modified Tour, the SK Modifieds® in the second race of a weekend doubleheader, the SK Lights, and the Vintage All-Stars.  The first Friday night program of the 2021 season at Stafford will be a Stafford Weekly Racing program on May 7th with all 5 weekly divisions as well as a kids big wheel race ready to take to the track.