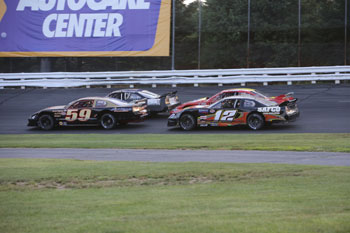 (Stafford Springs, CT)—Fresh off a career best season, Matt Clement is looking forward to the 2020 Limited Late Model season at Stafford Speedway. Clement entered the 2019 winless after 4 full seasons at Stafford. Clement not only scored his first career win, he went on to win a division leading 7 times, putting him behind only Tom Fearn as the winningest driver of 2019. Clement missed out on winning the championship by 4 points to Jeremy Lavoie but as he prepares for the 2020 season there is only one goal for Clement and the #59 Clement Motorsports team.

As Clement prepares to chase after the championship, he and his father Brian along with the rest of the crew have been busy preparing a second car for Matt’s brother Jay. Jay will pilot the #95 Clement Motorsports Chevy for the 2020 season with an eye on winning Rookie of the Year honors. 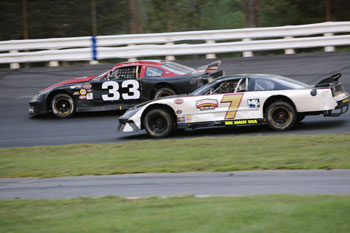 “Everyone says they want to win a race but my first goal will be to keep the car out of the wall,” said Jay Clement. “The division is full of cars that are really fast so maybe if we’re lucky we can get a top-3 finish by the end of the year. There’s a couple of rookie drivers this season so it won’t be like you only have to beat one other driver for Rookie of the Year and that’s something we’d love to win this year.”

“We’ll be looking to keep on winning races in the #59 and my brother is going to be out there in the #95,” said Matt Clement. “I’m pretty excited and it’s going to be cool to add another Clement to the list of drivers at Stafford. Jay took RJ Surdell’s car out last year for a race and he was hooked after the first practice session. He’s going to have the same setup in his car that I have so we’re hoping he can turn some quick lap times and maybe get up front and battle for a win before the season is over. We’re just about ready to go with both cars.”

Jay Clement made one start last season, driving the #7 car that was prepared by RJ Surdell. Clement finished 9th in his one start and all it took was one practice session for him to get hooked on racing at Stafford.

“Once Jay got out of the car after the first practice my father and I saw the smile on his face and we both knew we had to start looking for a car for him to drive this season,” said Matt Clement.

“I got my feet wet in the Super X division at Waterford a couple years ago and I’d be happy getting behind the wheel of anything I can,” said Jay Clement. “After that first race, I was looking everywhere for either a car or a Late Model or Street Stock car we could convert into a Limited. I don’t know if my father would admit it, but he started looking for a car as well.” 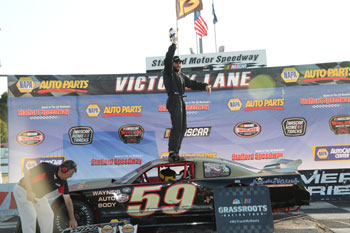 Matt Clement will return to competition with the same #59 that he piloted to 7 wins last season while his brother Jay will be driving a car that comes with a winning pedigree. Jay Clement’s car was the former #11x car that Tyler Leary competed and won races with at Monadnock Speedway. With Matt and Jay’s cars both being Frank L’Etoile chassis, they feel like they’re in a good place to kick off the 2020 season.

“My car is the same, the only things new are a couple of body panels and tires,” said Matt Clement. “The 95 was Tyler Leary’s #11x car from Monadnock and Frank L’Etoile originally built that car along with my #59 car, so we have 2 L’Etoile chassis cars and we think we can get both cars going pretty well. Tyler had a bunch of wins with that car so we feel comfortable that Jay has a good car to work with. Tyler kept the rear window with his win stickers on it and now Jay has to start a new collection of win stickers.”

“I think we have a pretty good starting point with the car,” said Jay Clement. “Matt is pretty good with giving me any information I need. Last year during practice he was pointing out the window where I should be running on the track and I soak up anything he can tell me.” 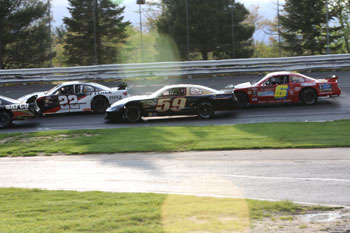 “Between winning races or the championship, I don’t know which one I’d choose,” said Matt. “I love the trophies for winning but we also want to win the championship. It got to the point last year where I would be disappointed if we finished second or third and my father had to remind me that I would have given anything for a top-5 finish just a couple years ago. Once you get a taste of winning, you want to win every race but I have to say I’d be a little disappointed if we don’t win the championship this season.”

Jay and Matt Clement along with the rest of the Limited Late Model field will kick off the 2020 season at the 49th Annual NAPA Spring Sizzler® on April 24-26. Tickets for the “Greatest Race in the History of Spring” are on sale now by calling the Speedway Box Office 860-684-2783 or online at www.staffordspeedway.com.