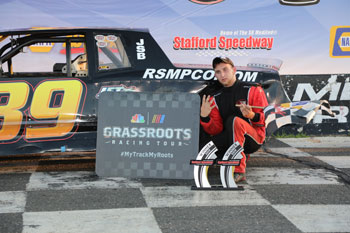 After a year away from full-time Street Stock competition, Zack Robinson returned to the division behind the wheel of the Bill Anderson owned #89 First Class Auto, LLC car. Robinson and the #89 team have been the dominant combination thus far in 2019, leading all Street Stock drivers with 4 wins. 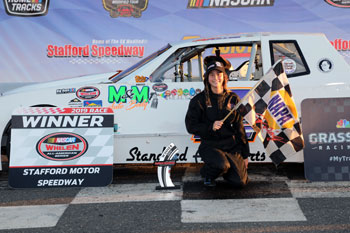 Fuller was the R.A.D. Auto Machine Rookie of the Year last season and she had finished every Street Stock race in the top-8 until a wreck last Friday night relegated her to a 14th place finish. Fuller and the #2 Propane Plus team have posted 2 wins and 3 second place finishes through the first 11 races in their sophomore season but are currently ranked second in the points due to Robinson holding the tiebreaker with 4 wins to Fuller’s 2 wins.

Last year’s Street Stock champion George Bessette, Jr. finished 16th in the season opening race but since then, he has not finished lower than 7th and he has posted 9 top-5 finishes in the last 10 races, including 2 wins to put his #39 Lasco Roofing & Sheet Metal car firmly into championship contention. 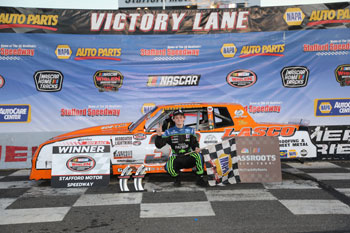 Sitting fourth in the Street Stock standings is Travis Hydar and the #11 Hydar Construction team. Hydar is still in search of his first win of the 2019 season but he has been a model of consistency on the track, finishing 9 of his 10 starts this season in the top-5. Hydar is currently 44 points behind Robinson and Fuller in the championship chase, but that margin could be even lower had Hydar not encountered a mechanical issue that prevented him from starting the July 5 feature event.

New for the 2019 season in the Street Stock ranks is the RSMPCO.com Triple Crown. Drivers earn points from 10 points for a win down to 1 point for 10th place in three selected races which include the May 4 season opening race that was won by Mike Hopkins and the #78 Leading to Unlock team, the June 21 race that was won by Jason Lafayette in the #21 Tommy’s Tattoo Supplies car and the season ending NAPA Fall Final feature event on Saturday September 28. Teams also earn one point for every start they make this season in a non-triple crown event. Fuller is not only tied with Robinson for the overall point lead but she is also the leader by 4 points over Hopkins and Robinson in the chase for the RSMPCO.com Triple Crown. The overall winner will take home a $1,000 bonus from a prize pool of $4,500 that is furnished by Jason Derwin and Royal Screw Machine Products Company of Bristol, CT.

There has been 6 different feature winners this season in the Street Stock division with Robinson’s 4 wins leading all drivers. Scoring 2 wins each this season are Bessette and Fuller while Hopkins, Lafayette, and the #01 Dunleavy’s Truck and Trailer Repair car of Johnny Walker each have 1 win.

Leading the race for the R.A.D. Auto Machine Rookie of the Year award is Adrien Paradis, III, who made the move to the Street Stock division after racing the last 3 seasons in the Sportsman division at Waterford. The driver of the #19 CSB Communications car has a comfortable 180 point lead over Steve Kenneway in the #55 Greener Blast Technologies car.

The second half of the Street Stock season is sure to continue to provide thrilling on track action as drivers attempt to win the track championship as well as the RSMPCO.com Triple Crown.