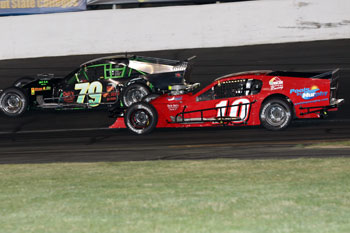 (Stafford Springs, CT)—When the Valenti Modified Racing Series takes the green flag this Friday, August 30 at Stafford Speedway for the Lincoln Tech 80, Cory DiMatteo will be making his series debut behind the wheel of the John Fredericks owned #10. DiMatteo will carry sponsorship from Sign Pro and Island Cove Yacht Sales for his VMRS debut.

“This will be my first time in a car with a lot of horsepower so I’m excited about the opportunity,” said DiMatteo. “John’s shop is close to ours and one of my crew member’s father is good friends with John, so we were able to work out a deal. The plan is to try to keep all 4 wheels on the car for 80 laps and hopefully we can get a top-5 finish. I have to thank Sign Pro and Island Cove Yacht Sales for coming on board and supporting me in John’s car for the VMRS race. Right now there aren’t any future plans so I’m focused on this race to get a good finish for John and for myself.” 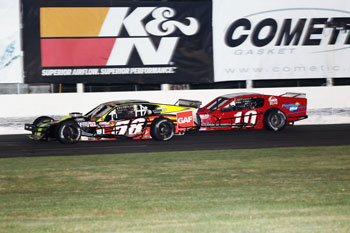 Although DiMatteo is a former SK Light champion at Stafford and he is in his second season of SK Modified® competition at the Connecticut half-mile, he knows that he will face a balancing act of how hard to push the #10 car during the race while at the same time trying to conserve his tires for the closing laps. In order to help prepare himself for the Lincoln Tech 80, DiMatteo has been reviewing old video to pick up some tips.

“I think the car is going to be fine, the hard part is going to be monitoring my pace throughout the race and saving the tires,” said DiMatteo. “I watched Tommy Barrett for a lot of years so I’m going to try to do what he used to do when he won a bunch of MRS events and I’ve been watching the Sid’s View in-car camera deals that he did last year at Stafford. I was watching Ronnie Silk and Woody Pitkat and listening to how they said the car felt at the start of the race and how it was at the halfway point of the race and that’s something that I want to mimic. I remember watching Rowan Pennink when he was driving the 25 car and if you have better tires than everyone else with 10 laps to go, you’re going to be way faster. Once the tires are gone, they’re gone and there’s no getting them back so it’s going to be all about finding where that line is with the tires and hopefully we can get lucky and have that figured out. We’ll see how it goes. Tire management is going to be the biggest lesson I’m going to learn and hopefully take that knowledge with me for future races.” 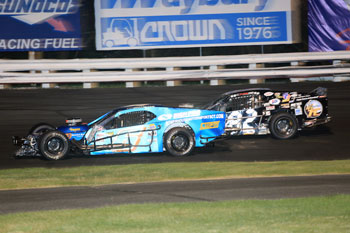 In addition to the Lincoln Tech 80, DiMatteo will be one of 10 Stafford regulars from the SK Modified® and SK Light divisions that will be pulling double duty. DiMatteo isn’t worried at all about splitting time between his #6 SK Modified® and #10 VMRS cars.

“Last year I ran a legend car and SK at Waterford but this is going to be my first time driving two modifieds,” said DiMatteo. “I like getting as many laps as I can. If I could drive 5 cars in a night then I would.”

As the 2019 SK Modified® season draws closer to its conclusion, DiMatteo and the #6 team are closing in on nailing down their first SK Modified® feature win. DiMatteo nearly won the July 19 SK Modified® feature, leading the first 36 laps before contact after a late race caution relegated him to a 14th place finish. DiMatteo and the #6 team had notched three top-5 finishes in their previous 4 starts before an engine issue didn’t allow them to start the feature last Friday. DiMatteo and his crew have the #6 ready to go for this Friday night’s Lincoln Tech 80 program. 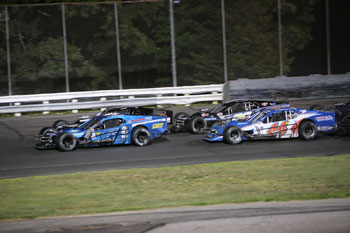 “The SK is all ready to go and it’ll be back at the track Friday,” said DiMatteo. “We’re still trying to get our first win. The car has been really good, we just need to have the cards fall the right way for us. The car has been a lot faster, especially in practice. The drivability has been much better and much more comfortable for me the last 5 weeks than it’s been all year. If we can keep putting ourselves in contention, anything can happen on a Friday night at Stafford. If we can keep on doing what we’ve been doing the last couple weeks putting ourselves in the top-5 and racing for the lead, eventually we’ll get our first win.”

The Lincoln Tech 80 Valenti Modified Racing Series takes to the track this Friday, August 30 with qualifying beginning at 6:30pm. Stafford’s five NASCAR Whelen All-American Series divisions will also be in action. Tickets for this event are priced at $30.00 for adult general admission tickets, $5.00 for children ages 6-14, and children ages 5 and under are admitted free of charge when accompanied by an adult. Reserved seat tickets are $32.00 for all ages. All ticket prices include 10% CT Admission Tax. Stafford Motor Speedway offers plenty of free parking along with overnight parking available for self contained Recreational Vehicles.

For more information, checkout Stafford Speedway on Facebook, contact the Stafford Motor Speedway track office at 860-684-2783, or visit us on the web at www.staffordspeedway.com.