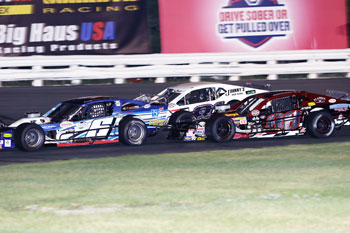 (Stafford Springs, CT)—For Farmington native Cory DiMatteo, the 2017 SK Light season at Stafford Speedway exceeded his expectations. DiMatteo came to Stafford after racing Legend Cars and SK Lights at Waterford for an abbreviated schedule in 2016 and he not only came away with the R.A.D. Automachine Rookie of the Year award, but he won the championship as well, joining Michael Gervais, Jr., Matt Galko, and Jeremy Sorel as rookie SK Light drivers who also won the championship.

“It was a really good year for us,” said DiMatteo. “We didn’t think we were going to win the championship but we felt like we would at least be in contention to win rookie of the year and win a race or two. We ran 10 races last season at Waterford, so we were pretty new at modified racing. The Legend Cars were pretty hard to drive and the SK Lights are much easier to drive plus having the great help that I had this season was a big help as well.” 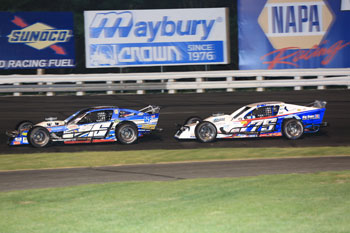 Despite his relative lack of experience behind the wheel of a modified car, DiMatteo and the #6 Island Cove Yacht Sales team showed immediately that they were going to be not only contenders for the R.A.D. Automachine rookie award, but championship contenders with victories in each of the first two races of the season. 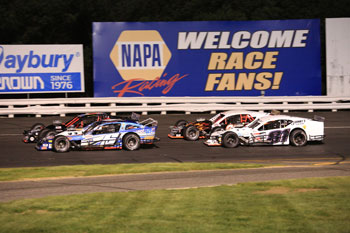 Just as quickly as DiMatteo established himself as a contender, his season took a turn for the worse with three finishes of 15th or worse in 3 of the next 5 races after his 2 wins to start the season. But DiMatteo finished the season strong with top-6 finishes in each of the final 10 races of the season to slowly climb back into championship contention and ultimately the championship. Despite the highs and lows of his season, DiMatteo says that things never got that stressful for himself or the team.

“It was never really that stressful,” said DiMatteo. “We just tried to have fun all season long and let everything else take care of itself. You really can’t stress over things because once you do, that’s when you start to make mistakes. We had a lot of fun this season. Stafford had side by side racing every Friday night so it was a lot of fun to race hard with some of my friends and to come out on top. I have to give a big thanks to Island Cove Yacht Sales, Jon Manafort, Waddell Communications, Mom, Dad, my brother, Sign Pro, Powerhouse Motorsports, and everybody else who helped get us to the track this year.” 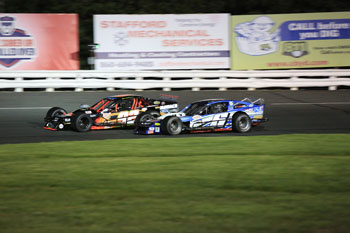 DiMatteo will officially be crowned as the 2017 R.A.D. Automachine SK Light Rookie of the Year at the 48th Annual Stafford Motor Speedway Champions Awards Ceremony on Friday, November 17 at Maneeley’s in South Windsor.