(Stafford Springs, CT)—With just over 110 days to go until the 49th Annual NAPA Spring Sizzler® at Stafford Speedway, Wayne Coury, Jr., is eagerly anticipating getting back to racing. After chasing a Late Model victory at Stafford for parts of the past 14 seasons, Coury was finally able to park his #10 Wayne’s Auto Body Chevrolet in NAPA Victory Lane with a victory in last season’s NAPA Fall Final feature event. With his first win finally out of the way, Coury is ready to try to make it two wins in a row when the NAPA Spring Sizzler® takes the green flag on April 25-26.

“We’re very excited to get back to racing at Stafford,” said Coury. “The only thing better than our first win at the Fall Final would be our second win at the Spring Sizzler. I think there’s probably a little more hype around the Sizzler than the Fall Final, but you definitely get to enjoy the Fall Final win a lot longer. It’s been nice to be able to look back at our Fall Final win all winter long rather than enjoying the win for a week before there’s another race the next week. That win was long overdue for us. It gave us all a lot more energy, confidence, and excitement and it picked up everyone’s morale. When you’re struggling to get results it can get discouraging after a while. Last year I felt like we were at the point of having enough top-10 and top-5 finishes and I would be disappointed if we didn’t win. Now that we have a win, a top-5 would be a great finish for us and we’d be happy with that, but it still isn’t as good as a win. Thanks to my father and Wayne’s Auto Body, I couldn’t do this without my father’s support, and thanks to Valley Auto Machine.” 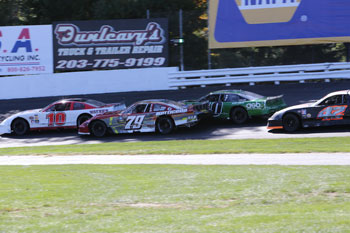 Coury is so focused on getting another Stafford victory that he left his car in his garage instead of taking it to the Turkey Derby at Wall Stadium as he usually does each season.

“Usually I bring the car to run the Turkey Derby at Wall Stadium but this year we purposefully left the car at home because we had it running so well at Stafford we didn’t want to mess anything up,” said Coury. “I teamed up with a buddy of mine and I ran his car. We were pretty happy with what we had so we’ll make some minor tweaks over the winter and with no major rule changes, we think we should be in a pretty good spot when we come back for the Sizzler in April.”

Over the years, Coury had been close to reaching NAPA Victory Lane at Stafford without any wins to show for his efforts. Prior to his win in last year’s NAPA Fall Final, Coury had recorded 10 podium finishes, including 6 second place finishes. 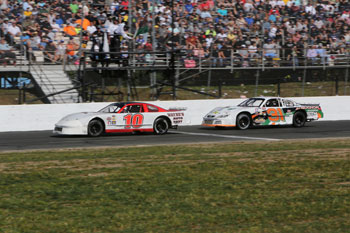 “I feel like we’ve always been competitive and have been in position to win at Stafford but we just hadn’t been able to pull it off,” said Coury. “It was getting kind of embarrassing actually. It seems like we would run 3 weeks in a row to get into the handicapping and then miss the fourth week and we’d drop out of the handicapping, or we’d have to come up through the pack and Tom Fearn, Michael Bennett, or someone else would have a fast car that night, or races would go green to checkered, so it was tough to get that win.”

One reason why Coury is so eagerly anticipating the upcoming NAPA Spring Sizzler is the balance that he and his team found last season on the #10 car. In only 8 starts, Coury recorded 7 top-10 finishes, including three top-5 finishes in his final four starts, including his Fall Final victory.

“The last couple races of last year I think we got the car running as good as it ever has at Stafford,” said Coury. “We had a lot of times over the years where we’d be fast in practice but the car wouldn’t be fast in the feature or something would go wrong. We got the car very well balanced last year and it was a better car than it was in previous seasons. It looks like the car count is going to be strong this season. It’s nice to see how the field is filling up and hopefully that trend can continue so we can go back to what we had years ago with the Late Models.” 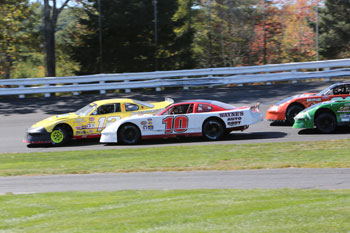 In addition to looking for his second consecutive Late Model feature win at Stafford, Coury is hopeful that he might also be able to work out a deal to run in the Inaugural Call Before You Dig 811 Pro Late Model Open on Friday night, May 29.

“I won’t be able to put my own deal together but if an opportunity came along where I could team up with someone and run their car, I’d love to be part of that Pro Late Model Open race,” said Coury.