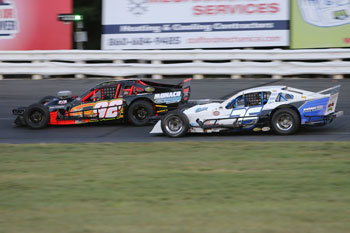 (Stafford Springs, CT)—In just two seasons, Monson, MA native Dan Wesson has quickly established himself as one of the drivers to watch in Stafford Speedway’s SK Light division. Wesson graduated from the Wild Thing Karts in 2015 where he scored over 40 total feature wins and a championship in the Junior Outlaw division. He quickly showed that he could carry his winning ways over to the SK Light division with 3 feature wins during his rookie season. The 2016 season saw him score 5 SK Light feature wins behind the wheel of his #92 Competitive Edge Coatings machine, second only to Tony Membrino, Jr.’s 7 wins. Despite missing 4 races last season, Wesson finished 7th in the points standings and is ready to be a championship contender in his third season of SK Light competition.

“We have a great car again and a great team,” said Wesson. “I have great support from my sponsors Monaco Ford, Ceric Fabrication, Patriot Coatings, Trackside Motors, Smith Auto Body, Jericho Transmissions, and Competitive Edge Coatings and if everything goes our way I think we have a good chance of repeating our performance from last year and being contenders for the championship. The championship is what everyone is shooting for but if we can get a lot of wins this year and win the championship, that would be our ultimate goal.” 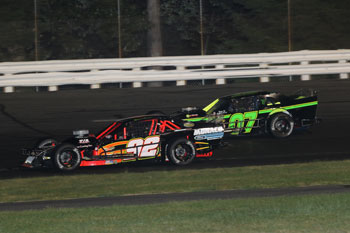 Wesson isn’t just an up and coming ace behind the wheel of a modified race car, he is also an accomplished air rifle shooter at his high school, Wilbraham & Monson Academy. Wesson’s air rifle duties took him away from the track for several races last season but Wesson says he has no regrets about missing the races, which cost him a chance to be among the championship contenders.

“It wasn’t disappointing, that’s just the way that things worked out last year,” said Wesson. “I would have loved to have been at the track for those 4 races, but it was a great experience going down south and shooting.”

Wesson recently completed a trip to Colorado where he had qualified for the National Junior Olympic Championships and he says that there are a lot of parallels between shooting and driving. As good as he is with an air rifle, he doesn’t plan on trading in his racecar for a full time training effort that would be required to move up the air rifle ladder. 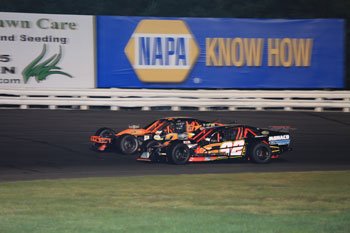 “I qualified for the National Junior Olympic Championships competition back in January,” said Wesson. “On the first day I finished 40th out of about 180 people and most of the people who finished in front of me were college guys. I was very happy with my performance and then the second day I shot my average score and I finished around 60th. I was really happy I made the trip out to Colorado and it was a great experience. The Olympics would be cool but if I was even going to try to do that I would have to train a lot more and put racing down and I don’t plan on doing any time soon. I think there’s a good comparison between shooting and driving. There’s a lot of the mental game that goes on in both, you really have to be focused both shooting and driving. When I started shooting, racing really helped me get focused because when I started in go karts, I would always close my eyes and get ready to race, which really helped me with shooting.” 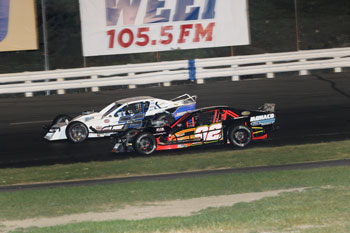 Wesson will kick off his quest for an SK Light championship next weekend in the 46th Annual NAPA Auto Parts Spring Sizzler. Tickets for the “Greatest Race in the History of Spring” are on sale now at the Speedway Box Office. Tickets are priced at $40.00 for adult general admission tickets, $5.00 for children ages 6-14, and children ages 5 and under are admitted free of charge when accompanied by an adult. Reserved seating is priced at $42.00 for all ages. As always, Stafford Motor Speedway offers free parking with overnight parking available. Tickets are good for both Saturday and Sunday admission. All ticket prices include 10% CT Admission Tax. Discount Tickets will be available at all 71 participating NAPA Auto Parts stores beginning on Monday April 3rd. For a full list of the 71 locations throughout Connecticut, Massachusetts, New York, Vermont, and Rhode Island, call the speedway office or visit us on the web at www.staffordmotorspeedway.com/participating-napa-auto-parts-stores.