Posted on January 31, 2019 by Scott Running Posted in News 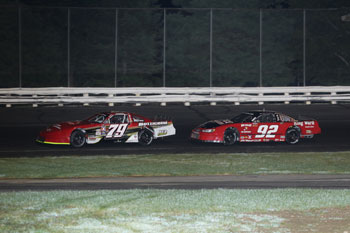 (Stafford Springs, CT)—After a stellar rookie campaign at Stafford Motor Speedway, Enfield, CT native Darrell Keane is ready to return and challenge for the Late Model track title this season. The initial plan for 2018 was to run a partial season as Keane knew race nights would take a backseat mid-season as wedding plans would take center stage. A strong start to the season found Keane and the #79 Botticello, Inc. team in NAPA Victory Lane in the third race of the season which enticed the team to stay on track.

“Last year we only planned on doing around 10 races spread throughout the season and before we knew it, when we took our break I think we were at 10 races,” said Keane. “Taking that break was the best decision for us because we did our homework and we came back even stronger than we were at the beginning of the season. Everyone is really excited to get back at it and I’m excited for this season. We’re making some changes on the car over the winter to update some things and we’re all really anxious. Now we know what we need to be very competitive and it looks like the Late Model field will be even tougher this year. We have to dot all our i’s and cross all out t’s to make sure that we can come out of the box just as good or even better than we were at the end of last season.” 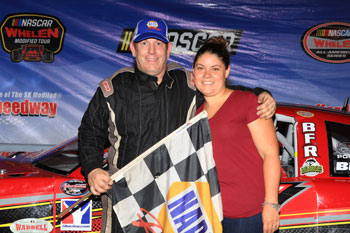 Keane and the #79 Botticello, Inc. team served notice that they would be championship contenders last season by nearly winning the season opening NAPA Spring Sizzler® feature event and winning his first race in his third start. Keane was the Late Model points standings leader for two weeks early in the season before Tom Fearn took control of the championship race.

“I expected to run somewhat decent but we never expected to win in our third start after almost winning the Sizzler,” said Keane. “After the Sizzler I thought that we had something good and to win our third race was shocking. I was figuring on getting a win maybe towards the end of the season. My original thought was if we could get a top-5 at the Sizzler we’d all be pretty happy with that and then before we knew it we led for pretty much the whole race except for the last 2 laps where I made a rookie mistake and I blew it. That just goes to show that races at Stafford are never over until the checkered flag. Our performance is all down to the good people I have helping me out. Between Botticello, Inc., Valhome Productions, BFR Chassis, Cap N Hitch of New England, my wife for dealing with me every week, my Uncle Chucky, and my nephews Nicholas and Darren, if it wasn’t for all those guys, I wouldn’t have a good car to bring to the track every week” 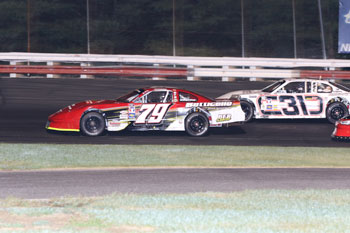 With a season’s worth of experience under his belt, Keane and his #79 team will be better prepared to start the 2019 season and he has set the bar for himself as not only being a championship contender, but exceeding his win total from 2018.

“Our goal last year was to win one race and we got two, so anything more than that this season would be good,” said Keane. “We’re going to run the full season and try to really focus on points. You really can’t start to worry about points until towards the end of the season but you have to have consistency and that will be our focus. I think we showed at the end of last season we could be consistent and the results really started to show. Everyone wants to have the season that Tom Fearn had but if we could get 3 wins we’d be happy and we really want to be in contention for the championship. If wins don’t come for us this season, we’d still be happy being in contention at the end of the year.” 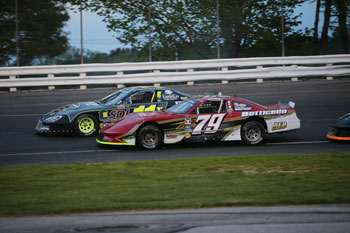 After his 5-race break, Keane closed out the 2018 season on a high note with a second win and four consecutive podium finishes. Keane will be looking to carry that positive momentum into the start of the 2019 season and he will be hoping for a repeat performance at the NAPA Spring Sizzler® without losing the lead in the final laps.

“The first three weeks seems to set a precedent for how the season is going to go, so it’ll be important for us to get off to a good, strong start,” said Keane. “If we should encounter a rough spell at the start, the main thing for us will be to not give up and buckle down and stay positive. Luck has a lot to do with racing and sometimes you create your own luck and sometimes you’re dealt a bad hand. We know what we have to do and how things run once we get to the racetrack, and all those little things add up to make you more comfortable. There’s always a chance that something might happen that catches you off guard, but I think we’re well prepared to have all our bases covered and we’ll be ready to go.”