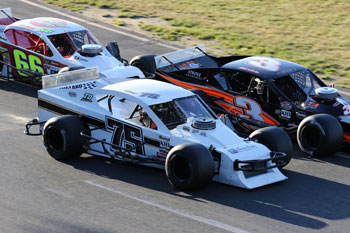 (Stafford Springs, CT)—After driving in Stafford Speedway’s Street Stock, Limited Late Model, and SK Light divisions from 2010-2017, David Arute made the move into the premier SK Modified® division for the 2018 season with the goal of winning the NAPA Auto Parts Rookie of the Year title. Arute and the #75 Big Haus USA team won not only the SK Modified® Rookie of the Year award, but they were also the NASCAR Whelen All-American Series Division 1 Connecticut state Rookie of the Year. Both awards bring with it a $1,000 bonus.

Arute came into the SK Modified® division with a racing resume that was filled with success. Arute had finished in the top-5 of the SK light and Limited Late Model points standings every year since 2013 with a total of 12 feature wins in that same time span as well as winning the 2011 Wild Thing Karts Sr. Outlaws championship. The introduction to the SK Modified® division for Arute proved to be a stiffer challenge than he expected. 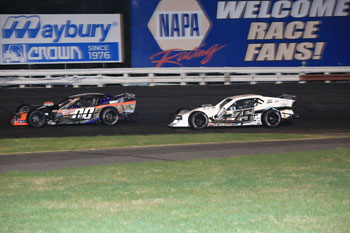 “I knew it was going to be difficult,” said Arute. “I didn’t expect to come in and be a superstar, I had a lot to learn. In the SK Modified® division, you have to be spot on every single week. You can’t miss a single thing because the guys in this division are all veterans and they know the tricks of what to do in July and what to do in August with the different track temperatures and you learn that stuff year after year. We went through a lot of ups and downs and challenges with the car and we were nervous about qualifying for races at the start of the season, so it was a big learning curve. I was hoping for a few more top-10 finishes and a top-5 finish would have been awesome. The most disappointing part of the season for us was not getting the finishes we should have when we were running good, but that’s racing.”

The race for the 2018 SK Modified® NAPA Auto Parts was a tightly contested battle between Arute and Matt Vassar, who moved up from the Late Model division. Arute began the year in the hole as a blown engine in the season opening NAPA Spring Sizzler feature relegated him to a 20th place finish.

“We fell behind at the Sizzler when we blew the engine and ended up finishing in the back of the pack,” said Arute. “We were running around 7th with about 5 laps to go when the engine blew and it took half the season for us to catch back up. Around mid-season we had 4 top-10’s in 5 races which was big for us. We figured something out in the middle of the year and we were able to beat Matt a few times. It always takes me some time to get going at the beginning of the year, I don’t know why I’m so bad in the early stages. All year we were continuously learning about the car. The crew worked hard all year and we figured some things out towards the end of the year, we just never had any luck on our side.” 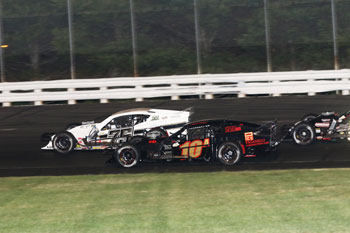 For his rookie campaign, Arute was part of a 3-car stable with Todd Owen and Josh Wood and while he was able to benefit from some shared info between the trio, Arute says different driving styles limited just how much extra benefit he could learn from his teammates.

“It was a big help when we tried something and it showed on the track but we all have different driving styles so what worked for Todd and/or Josh might not always work for me,” said Arute. “There were a few things that we all did the same but otherwise it’s all based off the driver’s feel. It wasn’t like the SK Light with keeping the momentum up, you have to drive the SK all the time. When I was watching SK races last year I thought you don’t have to go hard for the first half and save the car for second half of the race. In reality, you’re always on top of the wheel, nerf bar to nerf bar. You can’t afford to lay off at all or you’ll get eaten alive by the guys on the track.”

With a full season of experience under his belt, Arute is already looking forward to the 2019 season and being able to expand his SK Modified® notebook. 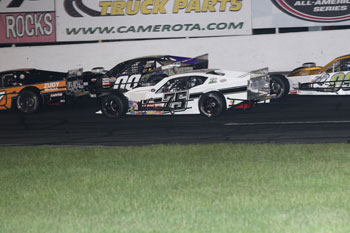 “I’m looking forward to next season,” said Arute. “We have some good things to build off of and we need to improve some things. I think we’ve figured out how to adapt the car to my driving style and the temperatures of the track, we just have to work on our weekly maintenance and upkeep of the car throughout the year. We have a big notebook to work off of and there are a lot more things for us to find but I think we’ll be a lot better next season. I’d like to thank On Time Accounting, TD Fabrication, Big Haus USA, USA Hauling, New England Racing Fuel, Sunoco, Starrett, Maybury, Dunleavy’s, Casagrande Builders, all the contingency sponsors. Kevin Harvick, Inc. Management for the 13th place finisher bonus, we won that three times, thanks for all their support. For the crew, I would like to give a big thanks to Alex Grab, he puts in a lot of time at the shop and the track and he’s a huge asset for our team. Also have to thank Scott Macdonald for all his help this year and all the Lincoln Tech students, Natalie, Jacqueline, Kasey, and Will, they were all a great help, especially on pit road. For everyone back at the shop and Todd Owen for letting me use his shop and offering his experience and knowledge.”

Arute will officially be crowned as the 2018 NAPA Auto Parts SK Modified® Rookie of the Year at the 49th Annual Stafford Motor Speedway Champions Awards Ceremony on Friday, November 16 at Maneeley’s in South Windsor.