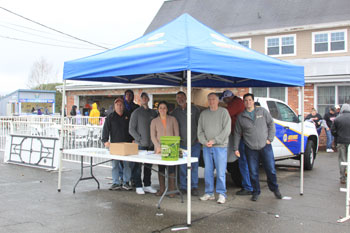 (Stafford Springs, CT)—For the 6th consecutive season, discount tickets for the NAPA Auto Parts Spring Sizzler®, slated for April 26-28, are available at local NAPA Auto Parts stores throughout New England and New York. Along with admission good for both Saturday and Sunday, tickets purchased at participating NAPA stores include a luncheon buffet on Spring Sizzler® Sunday prior to racing action. NAPA tickets are on sale now at over 70 NAPA stores for just $38 for adults and $15 for ages 14 and under.

“I always tell our race fans to stop by their local NAPA Auto Parts store to pick-up their Spring Sizzler® tickets,” explained Stafford General Manager Mark Arute. “The NAPA tickets are one of the best deals of the season, $38 for a full weekend of racing and a full lunch buffet Sunday afternoon. It’s shaping to be another great Spring Sizzler® weekend with strong fields across all divisions in attendance. Stop by your local NAPA pick up your Sizzler tickets and checkout all that NAPA has to offer.” 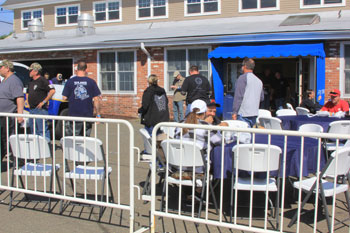 The 48th Annual NAPA Auto Parts Spring Sizzler®, “The Greatest Race In The History of Spring,” is set to kick off the 61st consecutive season of NASCAR Whelen All-American Series racing action at Stafford Speedway on April 26-28. The 2019 edition of the NAPA Spring Sizzler® will see 7 divisions of racing in action, headlined by the NASCAR Whelen Modified Tour in a 200-lap feature event. The NWMT cars will be joined by Stafford’s SK Modifieds®, Late Models, SK Lights, Limited Late Models, and Street Stocks along with the Vintage All-Stars.

The last two NAPA Spring Sizzlers® have been dominated by Ryan Preece and the #6 T.S. Haulers team. Preece won the 2017 and 2018 Sizzlers® but has since moved on to compete in the NASCAR Monster Energy Cup Series and will not be in attendance at this season’s Sizzler®. With Preece not returning to seek his 3rd consecutive Spring Sizzler®, the door is open for other drivers to etch their name in Spring Sizzler® history. Two favorites entering Sizzler® weekend are Kyle Bonsignore, who won the 2018 NAPA Fall Final 150, and Doug Coby, who won last summer’s Stafford 150. Both will be a factor come April 28th. 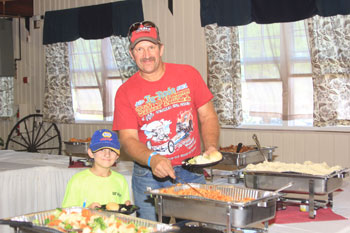 The NAPA Spring Sizzler® is the longest continuously run event on the Stafford event calendar and it has seen 25 different winners over the 47 year history. Of those 25 winners, 12 have gone on to win a NWMT Championship and 6 drivers have won the race and the NWMT championship in the same season: Mike Stefanik (1989, 1997, 1998), Doug Coby (2012, 2016), Richie Evans (1985), Tony Hirschman (2005), Donny Lia (2007) and Ted Christopher (2008). Ted Christopher leads all drivers with 6 career Sizzler wins, followed by Mike Stefanik with 4, Rick Fuller, Richie Evans, Maynard Troyer, Bobby Santos, III, and Doug Coby with 3 each.

The NAPA Spring Sizzler® spans 3 days kicking off April 27th with a full afternoon of practice for Stafford’s weekly divisions. The weekend continues Saturday with qualifying for all divisions including group qualifying for the NASCAR Whelen Modified Tour as well as feature racing for the Vintage All-Stars, Limited Late Models and Street Stocks. New for 2019 the Saturday Street Stock feature will be a 30 lap special event as part of the RMSPCO.com Street Stock Triple Crown. Sizzler® weekend is capped off Sunday with the NAPA Auto Parts Pit Party and feature racing for the SK Modifieds®, Late Models, SK Light Modifieds, and finally the Spring Sizzler® 200 for the NASCAR Whelen Modified Tour.

Tickets for the “Greatest Race in the History of Spring” are on sale now by calling the Speedway Box Office 860-684-2783 or online at www.staffordspeedway.com. Discount NAPA Spring Sizzler® tickets that include access to the NAPA lunch buffet are available at participating NAPA Auto Parts Stores. For a full list of participating locations throughout Connecticut, Massachusetts, New York, Rhode Island, and Vermont, please call the speedway office or CLICK HERE.