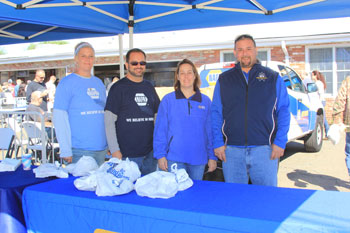 (Stafford Springs, CT)—Race season is about to kick-off in Stafford Springs, CT. In just under 2 weeks the 2018 race schedule at Stafford Speedway will begin with the 47th Annual NAPA Auto Parts Spring Sizzler® Weekend on April 28th and 29th. Eight divisions of short track racing will compete on the half-mile including the stars of the NASCAR Whelen Modified Tour. The NAPA Auto Parts Spring Sizzler®, dubbed the “Greatest Race in the History of Spring”, is a grueling 200 lap race that will see teams operating with new pit road rules allowing only one tire change per stop. 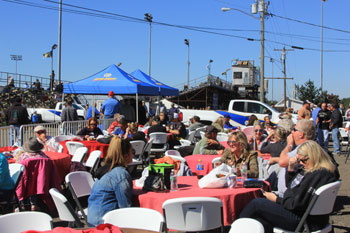 The 47th Annual NAPA Auto Parts Spring Sizzler® is shaping up to be one of the most competitive in recent history. To see the NASCAR Whelen Modified Tour entry list for the NAPA Auto Parts Spring Sizzler®, CLICK HERE.  Over 30 entries have already been received for the 200-lap event including defending NAPA Spring Sizzler winner Ryan Preece. Coming off his 2nd career NASCAR Xfinity Series win driving for Joe Gibbs Racing, Preece is returning to his home track in search of being only the 9th driver to win two Sizzler’s in a row. A long list of drivers stand in Preece’s way of back to back titles including three-time NAPA Spring Sizzler winner and five-time Whelen Modified Tour Champion Doug Coby, two-time Stafford SK Modified® Champion Rowan Pennink, and three-time Sizzler winner Bobby Santos, III.

The NASCAR Whelen Modified Tour will be joined by 7 other divisions including all 5 of Stafford’s weekly divisions. The stacked SK Modified® division is shaping up to be one of the deepest fields in history, with a mix of veterans and newcomers, including nearly 20 SK Light graduates. The Late Model and SK Light divisions will join the SK Modified® cars and compete prior to the NAPA Auto Parts Spring Sizzler® Whelen Modified Tour 200 Sunday, April 29th. The Limited Late Models, Street Stocks, EXIT Realty Truck Series, and Vintage All-Stars will all run features following qualifying for all divisions Saturday April 28th. New for 2018, the Vintage All-Star Series will run 20-laps and will consist of vintage Modifieds from the 70’s and 80’s. Headlining the vintage race will be vintage enthusiast and NASCAR Hall of Fame inductee Ray Evernham who has announced he will be in attendance with modifieds driven by Richie Evans, Geoff Bodine, and Charlie Jazombek. For a full list of vintage modifieds who have pre-registered, CLICK HERE.