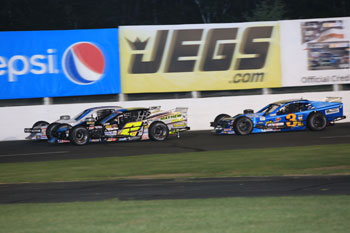 (Stafford Springs, CT)—With 8 NASCAR Whelen Modified Tour victories at Stafford Speedway since 2012, Doug Coby and the #2 Mayhew Tools team have become synonymous with success at the Connecticut half-mile facility. Coby has continued his good fortunes at Stafford with second place finishes in both the NAPA Spring Sizzler® in April and the Stafford 150 in August. While the 2017 season didn’t get off to the best of starts for Coby and the #2 team they find themselves leading the points standings coming to Stafford for the first time this season and what better track for Coby to try to extend his point lead than Stafford.

“This year has been a weird season,” said Coby. “We haven’t won as much as we have in the past couple years but we’ve had some really consistent finishes. We’re coming off a 14th place finish at Loudon, which was pretty disappointing. We led most of the race and then kind of got knocked around at the end. We’re coming to Stafford hoping to win and at the very least hoping to extend the point lead heading into Thompson in a couple of weeks. We’re excited it’s Stafford and we’ve been so good there the last 4 years or so. It’s a great spot for us to come back to having just got the point lead. I’d like to say I like our chances but I liked our chances last week at Loudon and everywhere else we’ve gone this year. It really hasn’t been our year to go out and dominate with wins like we have in the past. I wouldn’t be surprised if we went out and had a good run, led a lot of laps and won, or if Ryan or someone else wins the race. Anything can happen and I’m just hoping to get out of Stafford with the point lead and go to Thompson with another shot at winning the championship.” 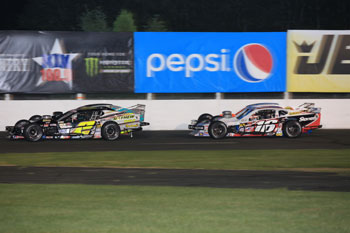 Coby began the 2017 season with 3 finishes of 13th or worse in the first 4 events and he was 51 points out of the lead after the Langley race. From there, Coby and the #2 team have slowly but steadily climbed their way back into championship contention with a 6-race string that saw them post a win, 4 second place finishes, and a fourth. Coby says that this streak has him and the team hungry for a win at Stafford in the NAPA Fall Final.

“We didn’t change anything on the car, we just went out and got the finishes that we deserved,” said Coby. “If we had won a couple of those races we’d be in an even better spot than we are now. We have all those second place finishes and I think that’s just made us more hungry for a win at the Fall Final. We’ve finished second behind Ryan [Preece] twice at Stafford this year and we’re looking forward to getting back into victory lane if we can. I’m counting on him being near the front of the field again this Sunday. Luckily for us [Preece] had a bigger opportunity with Joe Gibbs Racing and he’s missed a couple of races and if not for that, I think he’d probably have a pretty handy point lead right now.” 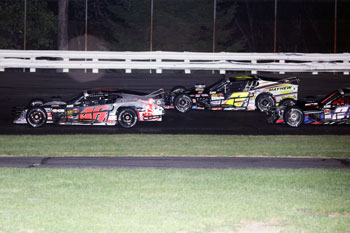 Coby has qualified first and second in the first two Stafford races this season and another solid qualifying effort will be a big help towards winning the race on Sunday or at the very least maintaining the point lead. Coby has gone from the hunter to the hunted as the NWMT comes to Stafford with Justin Bonsignore, Timmy Solomito, Rowan Pennink, and Preece all within 26 points of Coby.

“I’m not as worried about qualifying as much as I have been in the past,” said Coby. “It seems like we haven’t been able to qualify as well as we have the past couple years. We’ve been around 4th to 8th in qualifying a lot of times this season but I’d love to qualify up front because it seems like the race always goes smoother for us when we start up front. I think if we finished second behind Ryan again, that would be a better scenario for us rather than Justin, Timmy, or Rowan winning the race.” 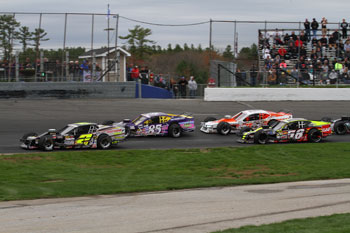 Should Coby and the #2 team go on to win an unprecedented fourth consecutive NWMT championship this season, Coby says it would be a little bit sweeter this season with the adversity they’ve had to overcome.

“It’s been such a crazy season and I think a lot of people wrote us off in the beginning of the year with the finishes we had,” said Coby. “We’ve scratched and clawed to get ourselves back into contention so I think a championship this year would be a little more special just with how rough the season started off for us. When you start off in a hole and you have to dig out of the hole, with this points system we have it’s not the easiest thing to do so it would be pretty neat to grab another championship.” 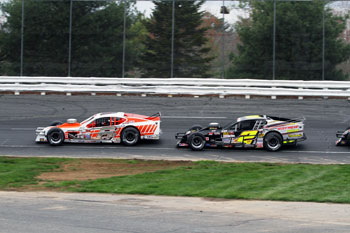