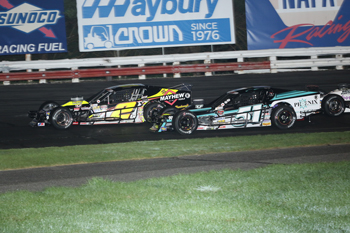 (Stafford Springs, CT)—Five-time NASCAR Whelen Modified Tour champion Doug Coby finds himself in a familiar place as the NASCAR Whelen Modified Tour prepares to descend on Stafford Speedway for the 48th Annual NAPA Spring Sizzler®. Despite being a 5-time series champion, Coby has come to Stafford the past 2 years off to a slow start. But with a win and top-10 finishes in each of the first three races of the 2019 season, Coby and the #2 Mayhew Tools team lead the standings and are poised to continue their success at Stafford.

“It certainly puts us in a better frame of mind,” said Coby. “We’ve had some really strong runs the first 3 races of the season and we could have won 2 of the 3 races so it’s been a good start. It can always go downhill from here so we just have to keep to our plan and chip away at each race one at a time. I would expect us to be pretty strong again at the Sizzler. With Stafford being my home track it’s a place that I know very well. The track always seems to have a lot of grip for the Sizzler so that’s always fun with the lap times being pretty fast.”

Since Coby joined the Mike Smeriglio owned #2 team in 2014, he has scored 6 wins and finished outside the top-8 only 3 times in 18 Stafford starts. Coby and the #2 team will come to the NAPA Spring Sizzler® this season with a new shock setup in his #2 machine that he hasn’t run at Stafford previously but has run in the first three NWMT races this season. Coby feels confident that the new package won’t throw him or his team any curveballs. 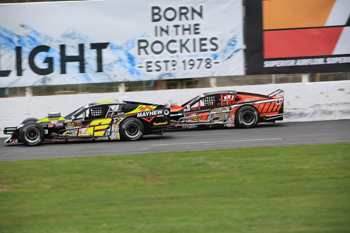 “We have a few different things with our team with a new shock package so we won’t have the same tried and true setup that we’ve run the last couple years,” said Coby. “It’s something that we’ll have to adjust to and make sure the car will last all 200 laps. It was pretty good at Myrtle Beach and Thompson so I think we’ll be good to go at Stafford and hopefully we can get a good starting spot so we can dictate our pit strategy and not have to worry about track position. Everyone on the Tour works hard on fine tuning their cars and that’s why we’ve made some changes for our car this year and we’re excited to see where we stack up for the Sizzler.”

As good as Coby has been with his race finishes at Stafford, his qualifying performances have been just as strong if not stronger. In the 18 Stafford races that Coby has been behind the wheel of the #2 car, he has 7 pole positions, including an impressive 6 in a row from 2015-2017. When he wasn’t starting on the pole he was starting in the top10, with top-10 starting positions in 17 of those 18 races.

“We have 2 poles in the first 3 races this season so far so I expect we’ll be strong again in qualifying,” said Coby. “Stafford is going to be tough. Chase Dowling set the track record last year after I had set it the year before at a 17.89 and I didn’t think anyone would ever get close to that and he ran a 17.72. There’s going to be fast cars there for qualifying but I know our car will last the whole race and I think that’s where a lot of other guys are still trying to find out what will make their car last for 200 laps.” 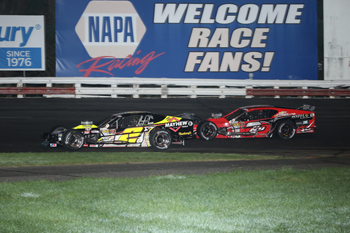 Coby’s first career NWMT win came in the 2006 NAPA Spring Sizzler® when he was driving the #77 car owned by Curt Chase. He has since added two more Sizzler wins in 2012 and 2016. With 3 Sizzler wins to his credit, Coby trails only Mike Stefanik with 4 and Ted Christopher with 6 on the all-time Sizzler® winners list and he has his sights set on one day becoming the winningest driver in Sizzler® history.

“It’s definitely the most prestigious race in terms of history on our schedule,” said Coby. “It’s obviously a big deal for me. It’s where I got my first Tour win and I’d certainly love to one day go down as the driver who has won the most Sizzlers if I can string together some more wins in the latter half of my career. It’s a great race because of all the fans who come out and the weather is turning warmer, so it’s a lot of fun. We always have a large turnout from Mayhew Tools and family and friends in the stands so hopefully we can get #4 this year.”

Coby will also be motivated to win this year’s NAPA Spring Sizzler® in memory of one of his long time supporters. In addition to Mayhew Tools, Coby and the #2 team have brought back Reynolds Auto Wrecking, who will be on the car for the NAPA Spring Sizzler® and the remainder of the 2019 season. 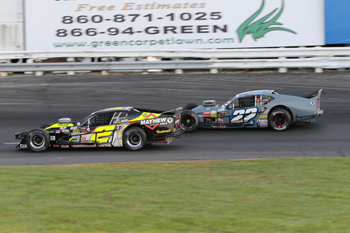 “We brought Reynolds Auto Wrecking back on board with us after several years away and they’ll be back with us for the rest of the season along with Mayhew Tools,” said Coby. “Harvey Berube was a big supporter of mine and he passed away last November and his wife Kim came to me and wanted to get back on the car in his memory. There’s a special relationship there and I’d love to be able to get a Sizzler victory for the Berube family as well as Mayhew Tools.”