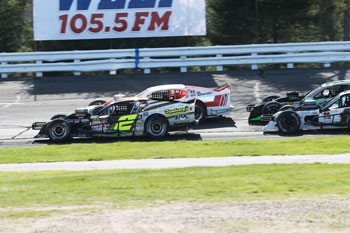 (Stafford Springs, CT)—Coming off three consecutive NASCAR Whelen Modified Tour championships, Doug Coby and the #2 Mayhew Tools / Dunleavy’s Truck and Trailer Repair team enter the 2017 season as favorites to once again be among the championship contenders. After the first two races of the season, Coby and the #2 team find themselves sitting 16th in the points standings, 46 points out of the lead. Fortunately for Coby and the #2 team, the NAPA Spring Sizzler® at Stafford Speedway is next on the schedule and will serve as the perfect opportunity for them to get their season back on track. 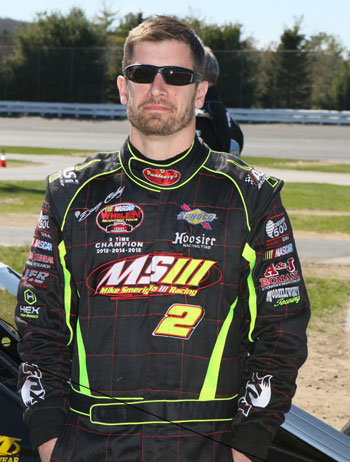 Coby and the #2 team led by crew chief Phil Moran, won 3 of the 4 Stafford races during the 2016 NWMT season and might have gone 4 for 4 at Stafford if not for running out of fuel late in the Stafford 150 last August. After finishing 13th at Myrtle Beach and last at Thompson after a first lap crash, Coby is ready to get back to his winning ways, if not at least running up front once again.

“Obviously things haven’t gone how we’re accustomed to in the beginning of the year, but that’s racing,” said Coby. “Sometimes you start off firing on all cylinders and sometimes things just don’t go your way. The two races have nothing to do with each other but it really stinks when it happens back to back. Myrtle Beach was my mistakes over the course of the day starting with qualifying and then Thompson was something that was out of our control. We’re not too worried, it is what it is. A lot of other teams have had to deal with this year in and year out and it’s our turn now. We’re excited to be going to Stafford. We won 3 of 4 last year and probably would have won all 4 if we didn’t run out of gas so it’s a good place for us to hopefully get our season started. I feel like we haven’t even gotten our season started yet. Our season begins at Stafford.”

Coby’s Stafford performance isn’t limited to just his three wins a year ago. During his NWMT career, 10 of his 22 race victories have come at Stafford. While he might have an aura of confidence surrounding him as he prepares to make his 12 career start in the NAPA Spring Sizzler®, Coby knows that due to his performance during the first 2 races that he has to approach the Sizzler® differently than he normally does. 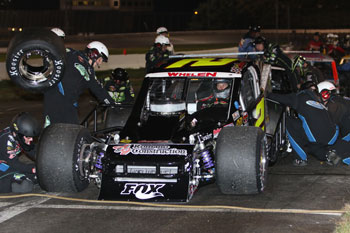 “I think we approach the Sizzler a little differently than if we had a couple of good finishes,” said Coby. “At that point we’d try to take it easy and get out of Stafford with a top-5 finish whereas now we need to go out and start winning races. If we want to get back in the championship race, finishing second or third when we have a winning car isn’t going to be an option. With how our season has started now, we need to be more aggressive and try to win races so this will definitely be a little different Sizzler for us than in years past.”

The fact that Coby will have to be more aggressive in his approach to the race than in years past also means that a fourth career Sizzler victory would mean a little more not only to Coby and his crew, but for his sponsors Mayhew Tools, Dunleavy’s, Fox Shocks, and LFR Chassis.

“A win this year would mean a little extra because we’re trying to get Mayhew Tools their first Modified Tour win,” said Coby. “With the history behind the Sizzler, that would be a great race to win for them as their first win as our sponsor. When you start the season off as bad as we have, you want to balance that with something good. If we can go out and win the race I think it will show everyone that we’re still in this thing and we can chip away at it. It would definitely have a little bit different meaning for us than last year or Sizzlers in the past.” 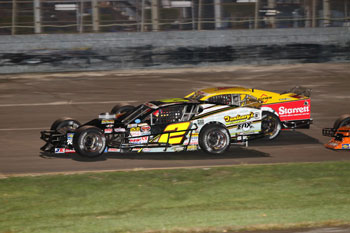 With 3 career Sizzler victories to his credit, Coby is no stranger to what it takes to be the first car to see the checkered flag at the conclusion of 200 laps of racing. He has gone over several different scenarios and is well prepared for when the green flag falls as to what his race strategy will be.

“I think everyone will have to pit for gas except for Bobby Santos if he runs his built motor,” said Coby. Our car is always good on long runs and there always seems to be a long green flag run during the Sizzler. The strategy is going to be determined by when the cautions come out. If a caution comes out around lap-90, I think you might see guys do double stops to take gas and tires at that point. If we have to stay out until around lap 130 or 140 we can do that and if we pit early and the long run happens at the end of the race, the car should be as good. Another scenario could be there is a long green run at the start of the race and then 4 or 5 cautions towards the end of the race, so anything can happen.” 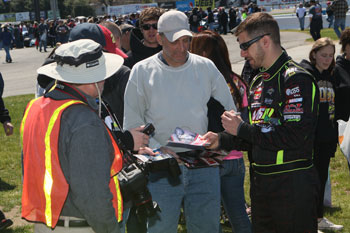