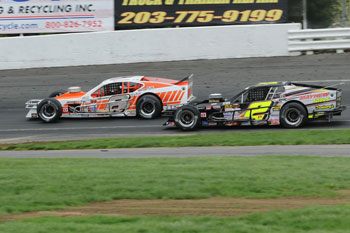 (Stafford Springs, CT)—Doug Coby comes into the 2018 NASCAR Whelen Modified Tour season in search of a 5th consecutive championship. His quest though, has gotten off to a slow start for the 2nd consecutive season. Last year Coby finished 13th and 31st in the first two races before a 2nd place finish in the NAPA Auto Parts Spring Sizzler® got his season turned around. Coby is once again looking to the NAPA Auto Parts Spring Sizzler® to get his season back on track after finishes of 14th and 6th in the first two races of 2018.

“A stronger start to the season would have been ideal, but it hasn’t been as bad as it could have been,” said Coby. “We qualified good at Thompson but got into a couple of jingles during the race and bent the car up and we still finished 6th. We could have even gotten as high as second with the car being bent up, but with a 36 car field we also could have finished 34th or 35th. So it hasn’t been an ideal start, but it’s better than the start we got off to last year for sure. It’s been good timing to come to Stafford where we run so well. Last year we set the track record in qualifying and finished 2nd in the race. Coming home to Stafford is always nice for us, no matter how the season has started.” 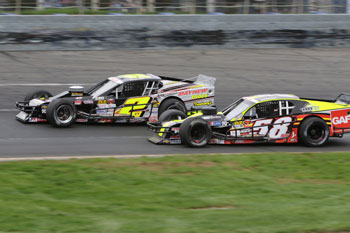 When it comes to the Whelen Modified Tour and Stafford, Coby has been the man to beat over the last three years. In the 11 NWMT races run at Stafford since 2015, Coby has 4 wins and 3 second place finishes to go along with 7 pole positions. Coby has qualified in the top-3 in 10 consecutive Stafford races, including a run of 6 consecutive pole positions from the 2015 NAPA Fall Final through the 2017 NAPA Spring Sizzler®.

“We went winless at Stafford last year for the first time since 2011 so we want to redeem ourselves with a good run in the Sizzler,” said Coby. “We’re hungry for a win. I think I bring a little extra to the table as far as knowing the track and knowing the feel I need to have in a winning car. Usually we can figure out right from the first couple of laps we turn in practice whether we need to make small tweaks or start hammering away at the setup. All the guys I’ve worked with over the years have been able to hone in on what I like in a car and how I get around the track. We have a large notebook to work off of from previous years. Out of all the tracks we go to on the Tour schedule, Stafford has the most tricks that you can pull out of your bag as a driver. It all comes down to years of experience because Stafford seems to change from race to race so your notes from the last race might not always work at the next Stafford race.” 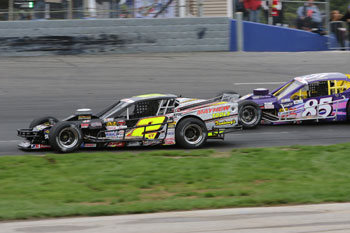 “It’s pretty crazy when you start looking at numbers. You know you’re doing something right if you can tie Mike Stefanik or get close to tying Teddy Christopher in any records at Stafford. Chipping away at the Sizzler win numbers would be really special.”

When Coby scored his first career NWMT victory 12 years ago in the NAPA Auto Parts Spring Sizzler®, he used an off-sequence pit strategy to work his way into the lead and then went on to win the race. With new pit rules in effect limiting teams to one tire per pit stop, Coby thinks that could lead to another surprise winner in “The Greatest Race in the History of Spring.” 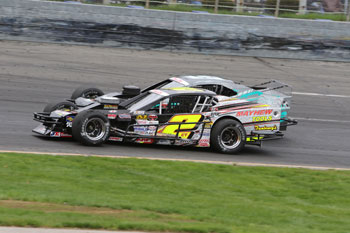 “We didn’t have the new pit rules for the Sizzler last year and that’s definitely going to change things up. We just have to pit when the cautions fall and do whatever our crew chiefs call for,” said Coby. “With the extra 50 laps in the Sizzler, it tends to create a long green flag run at some point during the race and it’s hard to predict exactly when that will happen. Depending on the severity of the caution flags, we could be planning to come in and get 2 or 3 tires but if it’s a quick yellow and we’re going back to green pretty quickly then we might only have time for 1 tire. It’s going to change the complexion of the race and I’m sure it’s going to be better for the fans. There’s a likelihood of some improbable circumstances that might lead to a win for someone who maybe isn’t expected to win the race or someone that had trouble during the race and was forced to go to an alternative pit strategy.”