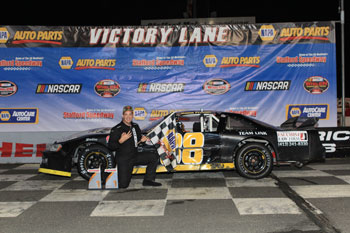 (Stafford Springs, CT)—When the 2018 NASCAR Whelen All-American Series season kicks off at Stafford Speedway, Palmer, MA native Duane Provost will be looking to etch his name in a special place in the Stafford record books. Provost has won the Limited Late Model track championship each of the last two seasons and the 2018 season will see him going for a three-peat. Since Stafford began crowning NASCAR champions in 1959, only three drivers have ever accomplished a championship 3-peat. Provost will be looking to put his name alongside Late Model drivers Phil Rondeau (’87-’89), Ryan Posocco (’03-05), and Street Stock driver Norm Sears (’06-’08).

“That’s the plan this season,” said Provost. “That would be pretty cool to be one of a few guys who have done three in a row. I think the competition will be as good as it’s ever been. There’s some drivers that are hungry to be contenders and there’s some new drivers coming into the division so it should be a good season of competition. I hope we’ll be among the favorites. You can never plan for something that might take you out of a race but if everything goes good for us again, I’d like to think we’d be one of the contenders for the championship.” 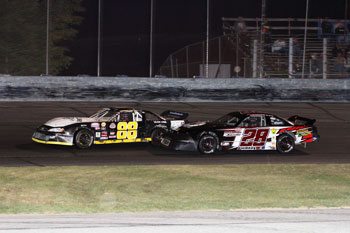 The past 2 seasons of Limited Late Model competition has seen Provost and his #88 Facchini Law Firm Chevrolet be a model of consistency. In the 34 Ltd. LM features that have been held during the past 2 seasons, Provost has scored 28 top-5 and 31 top-10 finishes along with 4 wins. While those are eye-popping numbers, Provost says that it took him several seasons to build up to a car setup that would allow him the consistency that he has displayed on the track. Provost also fears that he may be reaching the limits of what he can do to keep his car fast on a weekly basis.

“2017 was a good year and things went the way I hoped they would for me,” said Provost. “The car stayed pretty consistent and we didn’t have to make too many changes to the car during the year. Towards the end of the year I was struggling with something on the car and I took it to Barry Fluckiger and he got it fixed up which set us up to finish out the year. I think this year I can afford to try some different things with the car during practice that I haven’t tried before. I’ve tended to stick with the same setup over the years and when you make changes to the car, there’s so many things involved with the car that if you make a setup change one time and then you make that exact same change another time, you might like it the first time and it won’t work the second time. You have to take into account variables like track temperature and how many laps you have on your set of tires. I don’t think my car is way ahead of everyone on speed. I think my biggest asset is patience and knowledge of the track and the experience I’ve gained in my years of racing at Stafford. I think as other drivers gain more experience they’ll be getting closer and closer to me which will make it harder to win the championship again. My car is an older car and I think the learning curve with my car might be just about maxed out where other drivers still have things they can do to pick up speed.” 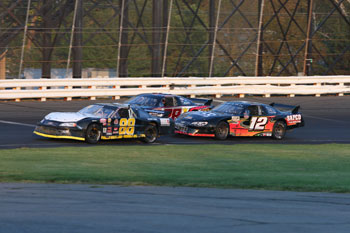 With two championships under his belt, Provost is itching to get back on track and go racing to try to win a third.

“I’m exited to get back racing again,” said Provost. “I associate racing with warm weather and I could really use some warmer weather. I can’t wait to go racing again. The winter is nice and slow but you start to go through withdrawal from racing every Friday night. It’s nice to have a break but I’m definitely ready to get back racing. I’d like to Team Link in Ludlow, Michael Facchini Law Firm, and JollyJoeK.com for their support last season and for coming back on board for 2018.”

Provost will begin his quest for a three-peat at the 47th Annual NAPA Auto Parts Spring Sizzler® on April 27-29. Tickets for the “Greatest Race in the History of Spring” are on sale now at the Speedway Box Office. Tickets are priced at $40.00 for adult general admission tickets, $5.00 for children ages 6-14, and children ages 5 and under are admitted free of charge when accompanied by an adult. Reserved seating is priced at $42.00 for all ages. As always, Stafford Motor Speedway offers free parking with overnight parking available. All tickets are good for both Saturday and Sunday admission. All ticket prices include 10% CT Admission Tax. Discount Spring Sizzler® tickets will be available beginning in March at participating NAPA Auto Parts stores.