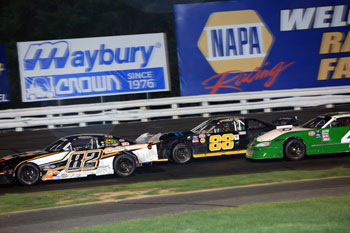 (Stafford Springs, CT)—As he prepares to begin his 13th season of racing at Stafford Speedway, Palmer, MA native Duane Provost is busy going through his #88 Facchini Law Firm Chevrolet, replacing parts and pieces to get the car ready for the upcoming 2017 season at Stafford. It’s been the same routine that Provost has followed for many years with one exception; he enters the 2017 season as the defending track champion in the Limited Late Model division. Regardless of that fact, Provost says he is busy preparing his car just like he would any other year.

“We’re looking at the 2017 season just like we do any other season,” said Provost. “It was cool we won the championship last year but we’re trying to not bring too much of last year with us to this year because it’s a new year and a new set of challenges awaits to see what we can pull off. Other than maybe there’s a little more pressure on us than in the past, it’s pretty much the same preparation. There’s some new drivers coming into the division, which should be a lot of fun, and I’m working on rebuilding the car. Last year I didn’t really go through the car as much as I am right now and we’re taking everything apart and replacing what needs to be replaced. I’d certainly like to be better than we were last year and if we are, that would be great and if not, it’s not a big deal because I love racing.” 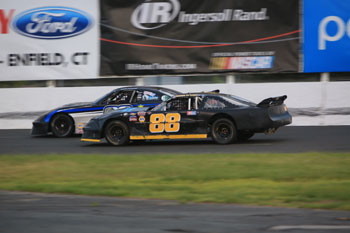 While Provost won the championship for the first time in his 12 year career, one area where he is looking to improve is the number of wins. Provost has 9 career wins since moving into the Limited Late Model division in 2010 but during his championship winning season, he only tallied one trip to NAPA Victory Lane.

“Last year we only got one win and I think that was because we didn’t do a lot of tearing the car down and going through it like we’re doing now,” said Provost. “Now that we’re taking car of that, the car should be a little better, a little faster, and more consistent than it was last season. We started off last year good and then in the middle of the season is when some of my stuff started to get tired and we were trying to fix things during the year and that’s not the best way to go. We’re trying to get all the heavy maintenance done now and maybe give it a week or two to get the car really dialed in with the setup. Our goal is to be among the fastest cars right off the bat. Our motor has a couple of seasons on it so getting that squared away should be good for us.” 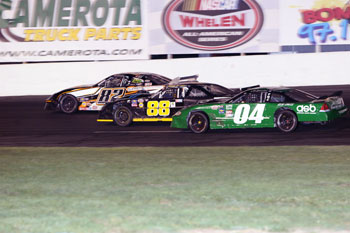 As Provost prepares for his 8th consecutive season of Limited Late Model competition, he has his sights set on winning another championship as well as possibly making a move up the Stafford ladder in the future.

“I’m confident we’re going to be fast this year,” said Provost. “We didn’t really have any heavy damage to the car last year and the rules really didn’t change much. The competition should be a lot of fun this year. Our goal is definitely try to win another championship this season. On the back side of that, I’ve been entertaining the idea of moving up to the SK Lights, but I think I need to learn a little more about the cars before I dive into that. It’s always been a thought of mine and now that I’ve won a championship, it makes it a little easier to move up if I want rather than leaving behind unfinished business in the Limited Late Model division. I definitely can’t wait to start racing this year.” 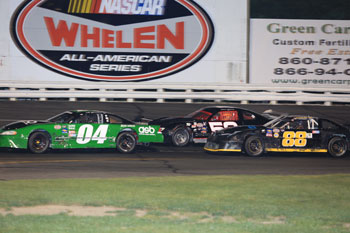 The 2017 Limited Late Model season gets started with the 46th Annual NAPA Auto Parts Spring Sizzler on April 28-30. Tickets for the “Greatest Race in the History of Spring” are on sale now at the Speedway Box Office. Tickets are priced at $40.00 for adult general admission tickets, $5.00 for children ages 6-14, and children ages 5 and under are admitted free of charge when accompanied by an adult. Reserved seating is priced at $42.00 for all ages. As always, Stafford Motor Speedway offers free parking with overnight parking available. All tickets are good for both Saturday and Sunday admission. All ticket prices include 10% CT Admission Tax.