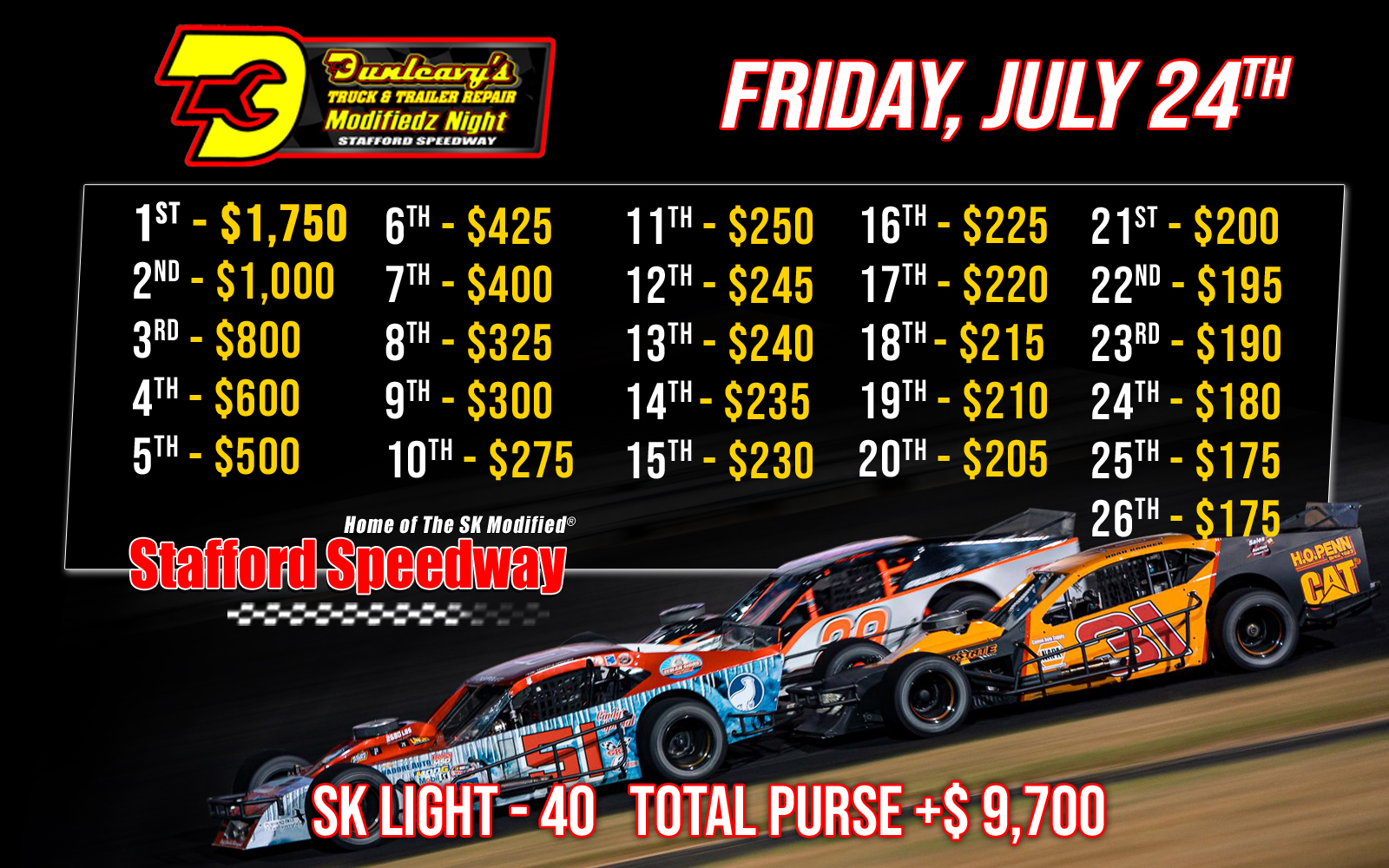 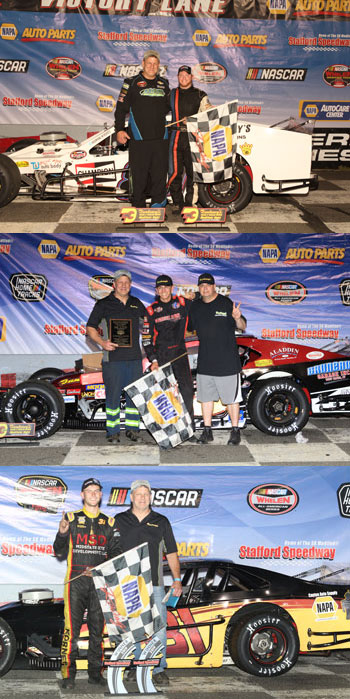 In the previous three running’s of Dunleavy’s Modifiedz Night, there has been 3 different winners with Brett Gonyaw winning the inaugural race in 2017, Marcello Rufrano in 2018, and Noah Korner last season.  The race has provided its fair share of thrills and spills over the past 3 years, with Korner making his winning pass in the final corner of the final lap after a green white checkered restart in 2019, Rufrano having to hold off a host of pursuers over several restarts in the second half of the race in 2018, and Gonyaw leading the final 7 laps in 2017 after the leaders wrecked while racing for the lead with 7 laps to go.  Dunleavy expects more of the same for this race.

“This year might be the most nervous I’ve ever been for this event,” said Dunleavy.  “It’s a big race for the SK Lights and it’s only the third race of the season.  We’re going to be going 40 laps this Friday night, the SK Lights have only raced 40 laps through the first 2 races, and there’s a lot of rookie drivers.  I’m an adrenaline junkie for racing and the SK Lights are the building division for future drivers.  The SK Lights are a great division and there’s not a lot of distractions for the drivers like pit stops or radio communications so they can focus on a great race and that’s what we’ve had the last 3 years.  When it comes down to those last 10 laps of the race, everyone in the stands are on their feet and that’s the way 2020 has been at Stafford so far in all divisions.  I think it’s going to be a breathtaking race for sure.”

Between Gonyaw not participating in the SK Light division this season, Rufrano now racing in the SK Modified® division, and Korner not attending the race as he is in the middle of changing his SK Light car into an SK Modified® car, the Dunleavy’s Modifiedz Night feature is guaranteed to produce a fourth different winner in as many years.  Dunleavy has a special feeling that this year’s event will see one of the 5 female SK Light regulars, Cassandra Cole, Nikki Chambrello, Amanda West, Sami Anderson, or Alina Bryden end up in NAPA Victory Lane.

“I have a gut feeling that this year is going to be a ladies night,” said Dunleavy.  “It’s pretty awesome there’s 5 female drivers in the SK Light division this season and I really hope that one of them can win the race.”

The 2020 SK Light season has been a season of first-time winners thus far with Jon Puleo winning on NAPA Auto Parts Opening Night back on June 26 and Brian Sullivan becoming a first time winner last Friday night, July 17.  Puleo followed his opening night victory up with a victory in the non-points race that was held last Saturday, July 18 as part of the Bud Light Open 80 program.

Stafford’s SK Modifieds®, Late Models, Limited Late Models, and Street Stocks will all join the SK Lights in feature action this Friday night.  General admission tickets have sold out but there is still a limited amount of paddock tickets available for this Friday night’s Dunleavy’s Modifiedz Night.  Tickets must be purchased online and there will be no tickets sold at the gates the night of the race.  For any fans who can’t make the race in person and still would like to watch the race, they can order the live stream of Dunleavy’s Modifiedz Night from staffordspeedway.tv for $20.