(Stafford Springs, CT)—Doug Dunleavy, owner of Dunleavy’s Truck and Trailer Repair in Brookfield, CT, has become synonymous with modified racing thanks to his support of teams and events. Dunleavy’s returns for a 5th consecutive season, presenting a first place contingency award of $150 to each SK Modified® feature winner and $125 to each SK Light feature winner. Over the past four seasons, Stafford SK Modified® and SK Light drivers have taken home over $11,000 in contingency awards from Dunleavy’s Truck and Trailer Repair and drivers will have 22 more opportunities to collect bonus money during the 2019 season. 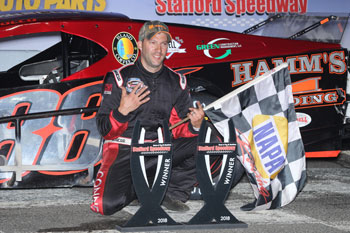 “I’m pleased to be involved again with Stafford Motor Speedway in 2019,” said Doug Dunleavy. “We’ve had great success in the past with our support of Stafford and the contingency bonuses help keep all the drivers up on their toes. The modifieds are the most unique division of cars that are out there and they put on the best show for sure. I have a lot of fun at Stafford. For me, I can’t really sponsor just one guy so if I can help an entire division, that’s what I like to do. I’m looking forward to another exciting season.”

“We’re happy to partner with Doug Dunleavy through the contingency program for another season,” said Stafford General Manager Mark Arute. “Doug has a passion and excitement for modified racing that shows in his support of the SK Modified® and SK Light divisions. Thanks to Doug we’ve been able to come up with some unique events and promotions for our modified divisions.”

“It’s great to have Dunleavy’s coming back as a contingency sponsor along with all the other contingency sponsors,” said Rocco. “It may not look like much, but when you start to add them all up, they help make a big difference for us.”

“From a racer’s perspective, it means a lot coming from someone like Doug who is as involved as he is with modified racing,” said Rufrano. “I don’t think there’s anyone else who loves modifieds as much as Doug. He’s a true race fan and he’s a very giving man. We could definitely use more guys like Doug in our sport if anything.” 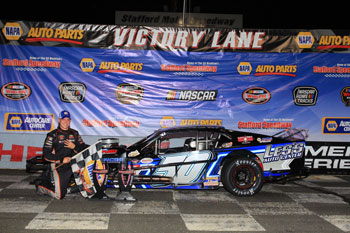 Stay tuned for further details on the Dunleavy’s Modifiedz Night, scheduled for May 24.

The first Dunleavy’s Truck & Trailer Repair contingency bonuses of the 2019 season will be up for grabs during Stafford Speedway’s 48th Annual NAPA Auto Parts Spring Sizzler on April 27-28. Tickets for the “Greatest Race in the History of Spring” are on sale now by calling the Speedway Box Office 860-684-2783 or online at www.staffordspeedway.com.