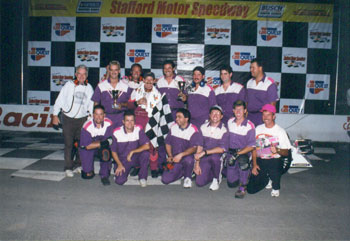 (Stafford Springs, CT)—Stafford Motor Speedway has announced that Ed Flemke, Jr. and his sister Paula Bouchard will serve as Grand Marshals of the 46th Annual NAPA Auto Parts Spring Sizzler®, April 29-30. Flemke and his sister will give the command to send the NASCAR Whelen Modified Tour field of cars on their way to the green flag in “The Greatest Race in the History of Spring.”

“This will be the first time for me being a grand marshal and it will be quite an honor,” said Flemke. “I remember going back to the very first Sizzler, my father was really excited about the race because he thought it was a good combination of being a great spectator race as well as being a great drivers race. That race has always had momentum behind it and it’s always cool to have a big race at the start of the season. The Spring Sizzler is just like the Daytona 500.”

The 2017 season marks the 50th season since Stafford Speedway was first paved, ushering in the era of asphalt racing. The winner of the very first feature to be run at Stafford on the new coat of asphalt was Ed Flemke, Sr. on June 1, 1967. The win was also the first of 23 career modified wins at Stafford for Flemke. Flemke also nearly won the very first Spring Sizzler® in 1972 driving the #34 Pinto for owner Fred Vigliarolo but after leading the race from lap 7 to lap 70, a water pump failed on Flemke’s car and he ended up finishing 17th while Fred DeSarro ended up taking the checkered flag in the Len Boehler “Ole Blue” #3 machine. Flemke was one of 7 Pintos in the starting lineup of 33 cars that marked the beginning of the Pinto Revolution at Stafford. Flemke then came back the very next year in 1973 and won the Spring Sizzler® driving Bob Judkins’ #2x. 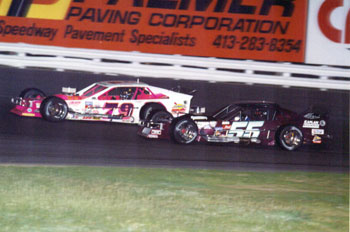 Flemke, Jr. was a 26-year veteran of the NASCAR Whelen Modified Tour with the last of his 439 career NWMT starts coming in the season finale of the 2013 season. Flemke Jr. has 17 career NWMT wins, with three of those wins coming at Stafford. Twice a runner up in the race for the NWMT championship, Flemke Jr. finished second to Tony Hirschman in 2004 and second to Mike Stefanik in 2006.

“I miss racing but I’m still at the track every week with my drivers and my cars,” said Flemke. “I miss the competition but I really miss the people in racing. It’s been hard but not quite like I thought it would be. Racing has been in my life for the better part of 60 years and I used to live by the racing calendar. If I knew how well I was able to adapt to not racing, I probably would have retired a couple years earlier than I did.” 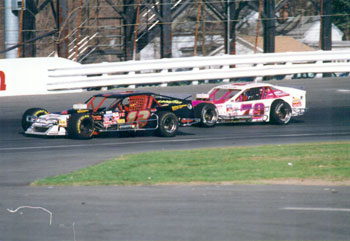 The 46th Annual NAPA Auto Parts Spring Sizzler® action gets underway Friday, April 28 with a practice session for Stafford’s weekly divisions and the Mr. Rooter Trucks. The practice session will be open to the public at no charge. Action continues on Saturday, April 29 with Coors Light Pole Qualifying for the Whelen Modified Tour cars, along with heat and consolation races for Stafford’s weekly divisions and the Mr. Rooter Trucks. Saturday will wrap up with feature events for the SK Light, Limited Late Model, DARE Stock, and Mr. Rooter Truck divisions. Spring Sizzler® action continues on Sunday, April 30 with the NAPA Auto Parts Pit Party from 11am-noon followed by Stafford’s SK Modifieds® and Late Models joining the Whelen Modified Tour in feature action.

Tickets for the “Greatest Race in the History of Spring” are on sale now at the Speedway Box Office. Tickets are priced at $40.00 for adult general admission tickets, $5.00 for children ages 6-14, and children ages 5 and under are admitted free of charge when accompanied by an adult. Reserved seating is priced at $42.00 for all ages. Stafford Motor Speedway offers free parking with overnight parking available. Tickets are good for both Saturday and Sunday admission. All ticket prices include 10% CT Admission Tax. Discount Tickets are now available at all 71 participating NAPA Auto Parts stores. For a full list of the 71 locations throughout Connecticut, Massachusetts, New York, Rhode Island, and Vermont, please call the speedway office or visit us on the web at www.staffordmotorspeedway.com/participating-napa-auto-parts-stores.