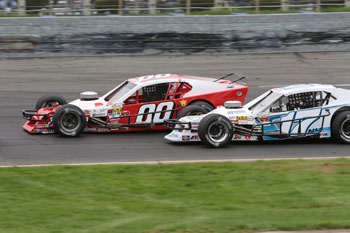 “I’m excited to get started with Paul French,” said Ellwood. “I met him last year when we bought a car from him, he helped me run the car in the last race at Thompson and we finished fifth after starting last. After that race Paul mentioned that maybe we could do something next season and he ended up asking me if I wanted to drive his car at Stafford. I really have to give a big thank you to Paul for giving me this chance. This is a really great opportunity for me and we’re looking for any marketing partners who would like to jump on board a fast race car.” 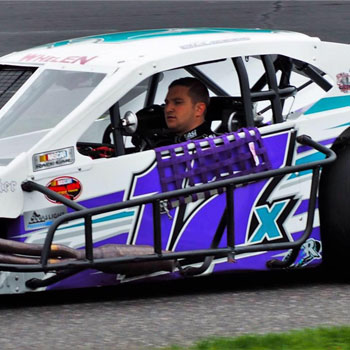 Out of Ellwood’s 25 career NWMT starts, 8 of those races came at Stafford. Although Ellwood’s best finish in those 8 starts was a 14th in the Stafford 125 in May of 2015, the experience that he gained in those races will be invaluable as he prepares to step down to a lower horsepower car at the Connecticut half-mile facility.

“Having seen the track before is definitely going to help,” said Ellwood. “I know where to run and I have laps around Stafford, it’s just going to be a matter of adjusting to a lower speed car and trying to keep the momentum up. This is a great opportunity that will help me take a step back from working on my own Tour car and focus more on setting the car up. Paul has really fast cars and he does his homework, so I’m looking forward to doing some racing on a weekly basis. This will get me off Long Island and racing at one of the most prestigious tracks in America.”

One reason for Ellwood to be excited about the 2020 season at Stafford is the past performance of SK Light cars that were prepared by French. French has won races at Stafford with himself behind the wheel as well as Mark Bakaj, Joey Ferrigno, and Joe Graf, Jr. Ellwood has plans on continuing the winning ways and if he can make a strong enough start to his 2020 campaign, even challenging for the track championship. 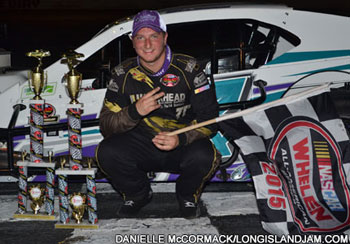 “I hope to win some races this season,” said Ellwood. “I don’t see why we shouldn’t be competitive right out of the box. The car was really good coming off the trailer at Thompson and Paul puts a lot of effort into everything. Hopefully we can improve as the year goes on and with the crew help we have, I think we can be a competitive car. I’d like to run for the championship but by the same token you have to start the year off on the right foot so we’ll see how things go and take it one race at a time. Usually if you have a good start to the season that leads to better things. I think this can be a pretty good year and we can have some success.”

With Ellwood having already driven parts of 6 seasons on the NASCAR Modified Tour as well as driving full blown modifieds on a weekly level at Riverhead, some might view Ellwood’s move to the SK Lights as a step backwards but Ellwood says it’s anything but that.

“I would race shopping karts with motors on them if I could, it doesn’t matter to me what I drive,” said Ellwood. “I’d like to be racing 4 or 5 times a week. Any opportunity is an opportunity and it doesn’t matter to me what it is as long as I can get out on the track and compete. There’s 30 cars at Stafford every week that you have to beat to win races and that’s what I want to do. They say that Stafford is where the best drivers are and I want to see if I can be one of the best drivers.” 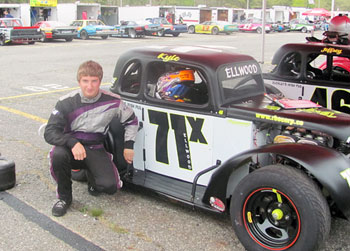 Racing every Friday night at Stafford in the SK Lights won’t be the only racing that Ellwood has planned for the 2020 season. Although his plans are not yet set in stone, Ellwood will still make several Modified Tour starts and he has hopes to be able to race in the Open Modified 80’s that Stafford Speedway will host on May 15, June 12, July 10, and August 21.

“I’m not sure of all the details yet but we’re still going to run a couple of Tour races this year with my family owned car,” said Ellwood. “I’d also like to see if we can put a deal together to run the Open 80 shows at Stafford, those races look like a lot of fun.”

The 2020 SK Light season kicks off with the 49th Annual NAPA Spring Sizzler® on April 24-26. Tickets for the “Greatest Race in the History of Spring” are on sale now by calling the Speedway Box Office 860-684-2783 or online at www.staffordspeedway.com.