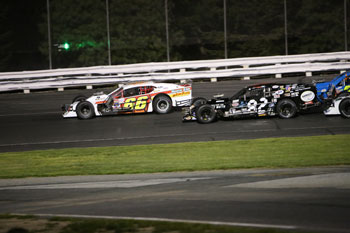 (Stafford Springs, CT)—After a dismal 2017 season in Stafford’s SK Modified® division, Eric Berndt was back among the front runners in 2018. Berndt and the #66 Cos’ Central Auto team scored 8 podium finishes last season with 3 wins, 4 second place finishes, and one third place effort. Berndt credits a new car and some new team members as the reasons for his return to the front of the SK Modified® pack and he is looking to continue his front running ways this season.

“We built a brand new car over the winter and that definitely helped,” said Berndt. “The biggest thing for us in previous years was not having enough help with the car. Last year we had Stash Butova and a couple other guys helping us out and that helped pick our whole program up. The car was fast right out of the box last year and it was just a matter of everybody jelling. Once we did, it was case of being in the right place at the right time and being in the right lane and which lane went and which lane didn’t go. The championship is the goal that everyone sets for themselves at the beginning of the year. Obviously we want to win races and if we can win races and be competitive, that will keep us in the championship hunt. We want to win the championship but if we can get a top-3 finish in the points and at least get some wins and podium finishes, you can’t really shake your head at that. A year like that is an accomplishment in itself when you’re racing in the SK Modifieds® at Stafford. Thanks to North End Auto Parts, Cos’ Central Auto, T/A Racing Engines, Troyer Race Cars, R & R Fabrication, and the entire crew for all their hard work and helping to get everything together this winter and hopefully we can put together a strong season.” 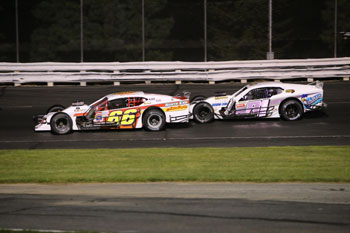 One area that Berndt will be looking to shore up during the 2019 season will be his consistency. Of Berndt’s 14 top-10 finishes last season, 12 were top-5 finishes, showing that his #66 car had the speed to be a championship contender. Out of Berndt’s 7 finishes outside the top-10, 6 of them were finishes of 16th or worse.

“The biggest thing for us will be to avoid any DNF’s because that’s what really hurt us last year,” said Berndt. “We had 5 DNF’s last year and if we can avoid those or at least salvage a 10th or 12 place finish on a bad night instead of finishing 20th or worse, that doesn’t leave as big a hole to have to dig out of.”

The optimal solution for Berndt and the #66 team would be to recapture their form of last July. In four races, Berndt won twice and finished second twice. 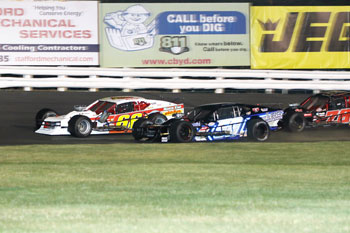 “July was definitely our best month last year,” said Berndt. “The car seemed like it was working at its best that month and we caught some lucky breaks. We didn’t get caught up in any wrecks and we always seemed to be in the right lane at the right time. Even at the start of August we were strong but then we got caught up in some stuff and that kind of killed us a little bit.”

If Berndt and the #66 team are going to be championship contenders in 2019, they know they need to get off to a good start with a strong finish in the season opening NAPA Spring Sizzler feature event on Sunday, April 28. The NAPA Spring Sizzler has been an Achilles Heel for Berndt and the #66 team as they haven’t recorded a top-10 finish in that race since finishing second in 2012. 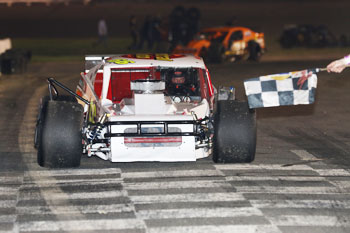 “The Sizzler is definitely the stepping stone for the season,” said Berndt. “Unfortunately for us, our track record hasn’t been very good coming out of the Sizzler the past 5 or 6 years and we’ve had to dig ourselves out of a hole right at the start of the season. If you can come out of the Sizzler with a solid top-10 finish, it seems like whoever wins that race or has a good run, they tend to go on a streak right at the start of the season and that makes it that much tougher to climb out of a hole if you have a bad finish. The competition is going to be as tough as it ever was again and it’s like that every year at Stafford. Every year there’s always a standout driver. Last year Keith [Rocco] started the season like a ball of fire and he put together 6 wins, Mike Christopher, Jr. won the last 3 races, and Ronnie [Williams] won 4 races, so there’s always someone that stands out and you’ve got to chase that guy. Hopefully we can be that standout driver this year.”

Berndt and his team have been busy during the winter going through his #66 car and at the same time preparing a backup car.

“I feel really confident about this season,” said Berndt. “We’re going through the car and getting it ready for the season and we’ve also been working on putting together a backup car. We’ll have two cars and several motors ready to go so hopefully everything will work out for us and we can be a little stronger than we were last year on the championship side of things.” 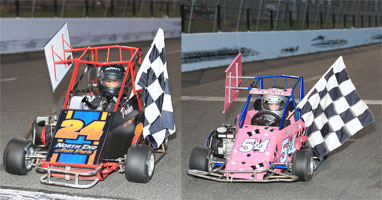 In addition to his Friday night efforts with his #66 machine, Berndt is also busy on Monday nights racing in the Wild Thing Karts with his son Parker and daughter Summer. While Berndt enjoys racing with his kids, he says that sometimes he feels even more pressure than he does racing on Friday nights in the SK Modified® division.

“My oldest Brooke hung up her helmet so we have Summer and Parker racing on Monday nights,” said Berndt. “Summer will be starting out in the Cubs and moving up to the Tiger B during the year and Parker will be racing in the Tiger A division. It’s an awesome time racing with them, I love it a lot. Sometimes Monday nights can bring more pressure than Friday nights. With what I know and what I’ve done in racing, I want to make sure their karts are right and obviously I want to see them succeed.”