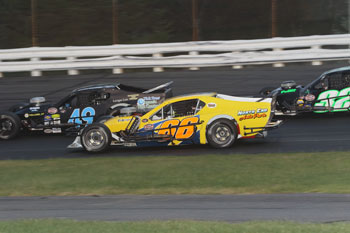 (Stafford Springs, CT)—For Stafford Speedway SK Modified® driver Eric Berndt, the 2017 season would have to be marked down as a disappointment. After winning 2 races and contending for the championship in 2016, Berndt and the #66 Cos’ Central Auto team struggled through 2017, managing only 1 top-5 and 3 top-10 finishes and a 20th place finish in the points standings. Berndt is looking to get those numbers turned around and once again be a championship contender in 2018.

“We’re really optimistic about this season,” said Berndt. “We’re definitely looking forward to getting the season started and our goals are to win races, contend for the championship, and finish races. We can’t have any DNF’s, those really hurt. We want to be a top-5 car and be a weekly contender like we were a few seasons ago. Last year was one of those years you like to get rid of real quick. It was disappointing because we’ve had several seasons where we’ve been in the top-5 in points and contending on a weekly basis. Unfortunately with racing, some years you’re not going to have that and last year was just one of those years. It seemed like no matter what we did, wherever we were on the racetrack it was the wrong time and the wrong spot to be in. Trouble seemed to find us we didn’t have to go find it.”

Berndt has been busy during the winter going through his #66 machine as well as getting his engine from T/A Engines freshened up. In addition to the work on his car, Berndt has added the services of race and championship winning crew chief Stash Butova for the upcoming 2018 season. The addition of Butova has Berndt looking forward to what they can accomplish on the track while working together. 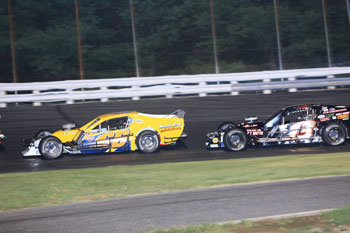 “I’m really looking forward to working with Stash this year,” said Berndt. “Having him on board with us is definitely going to help us out. He’s going to come down to the shop to work on the cars during the week as well as at the track. We were a little short on help at the track last year and I would have to do a lot of stuff as soon as we got to the track and that wears on you quickly and then once you have some bad luck, it doesn’t seem to get better. We’re really excited about him coming on board and he’s got a couple of guys coming with him so we’re really looking forward to it. We’ve gone through the car to make sure everything is straight and we have a fresh motor coming back from T/A Engines so we’re coming to the Spring Sizzler looking to attack. I’d like to thank North End Auto Parts, Cos’ Central Auto, and T/A Engines for supporting us.”

The key for Berndt to get back to his race winning and championship contending ways starts with the NAPA Spring Sizzler® feature event. A good finish in the season opening race can set the tone for the entire year. Berndt is hoping for a good finish to get his season started on a good note.

“The key is to get through the Spring Sizzler®,” said Berndt. “If you don’t get through that race with a good finish, you’re not in the handicap and then you’re fighting every week from the back. Obviously we want to be contending for a win but the biggest thing is to come out of that race with a good finish and keeping the car straight. When you come out of the Sizzler® bent up, it can make for a long season and that’s what ended up happening to us last year. A win would be huge for us. That’s motivation and it’s a confidence booster for everyone when you can win a race, especially early in the season.” 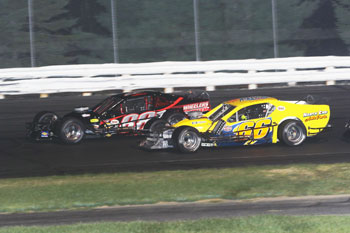 Despite the misfortunes he encountered during the 2017 season, Berndt says there are some positives that he can take and apply to his 2018 efforts.

“The last couple of races last year we had a tired motor which didn’t help us, but we had the car where we wanted it to be,” said Berndt. “I don’t think we ever had the car 100% for any race last year but we finished the season in one piece. We definitely saw some things that we’re going to use this season and hopefully it will work out to our advantage. We need a little better luck and I think with the extra crew help we’ll have this year we should be able to turn our fortunes around. We’re all looking forward to getting back out on the track.”

Having a goal in mind at Stafford is one thing, but actually going out and achieving it on the track is another. While Berndt knows how competitive the SK Modified® division will be in 2018, he also knows that the high level of competition will help raise his team’s game.

“The SK Modified® division at Stafford has been tough ever since I started in 1995,” said Berndt. “It seems like there’s always one car every year that’s better than everyone else and that’s the car you end up chasing. That makes you better because you’re trying harder to make your car faster to match that one car. I think that when it comes to the competition at Stafford, there isn’t a track anywhere that has the level of competition that Stafford has on a weekly basis.” 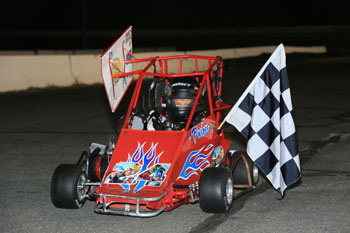 In addition to his SK Modified® duties on Friday nights, Berndt will also be busy with his kids racing in the Wild Thing Karts on Monday nights at Stafford.

“The kids are counting it down, they can’t wait,” said Berndt. “My oldest, Brooke, retired her driving suit but my youngest, Summer, and my son Parker will be racing this year. Monday nights with the kids are a blast for me.”

The 2018 SK Modified® season kicks off with the 47th Annual NAPA Auto Parts Spring Sizzler® on April 27-29. Tickets for the “Greatest Race in the History of Spring” are on sale now at the Speedway Box Office. Tickets are priced at $40.00 for adult general admission tickets, $5.00 for children ages 6-14, and children ages 5 and under are admitted free of charge when accompanied by an adult. Reserved seating is priced at $42.00 for all ages. As always, Stafford Motor Speedway offers free parking with overnight parking available. All tickets are good for both Saturday and Sunday admission. All ticket prices include 10% CT Admission Tax. Discount Spring Sizzler® tickets will be available beginning in March at participating NAPA Auto Parts stores.