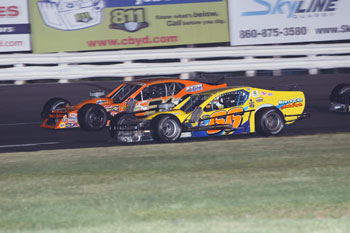 (Stafford Springs, CT)—With the 2017 season on the horizon at Stafford Motor Speedway, Cromwell native Eric Berndt is preparing to embark on his 23rd consecutive season of SK Modified® competition at the half-mile facility. Berndt began his modified career in 1995 at the age of 16 and has been part of the SK Modified® landscape at Stafford ever since.

Berndt has finished in the top-5 of the points standings 6 times in his career and the top-10 13 times. He has recorded 6 consecutive top-8 finishes in the points standings and he is looking to build some consistency in order to capture his first career Stafford championship with his #66 Cos Williams owned Cos’ Central Auto / North End Auto Parts machine. 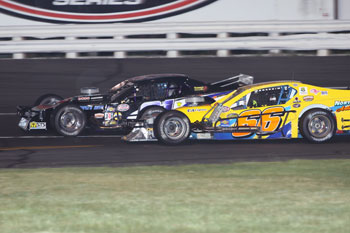 “We had a pretty good 2016 season so we’re hoping we can take some of what we had towards the end of the season with a couple of wins and build on that for a stronger 2017,” said Berndt. “We’re looking to get out of the gate good because the first race of the season can be a make or break race. Last year we were in the top-4 and we lost an engine about a month and a half before the season ended and that kind of set us back. We’re close, we just need to have a little more consistency. You definitely don’t want to have to dig yourself out of a hole at the beginning of the year. If we can have a good Sizzler and roll into some top-5’s from there, hopefully we can be a contender for the championship.”

Berndt has collected 17 SK Modified® feature wins at Stafford during his career and his best career finish in the points standings came in 2003 when he finished second behind Kerry Malone. With one career championship to his name coming back in 2003 at Thompson, Berndt knows what it takes to be in contention for and win a championship, but with the level of competition in Stafford’s SK Modified® division, the degree of difficulty is at an all-time high. 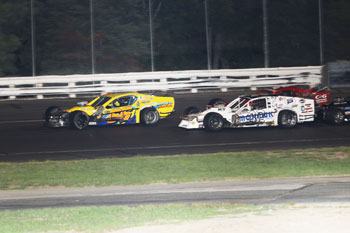 “The SK Modifieds® at Stafford are tough because you know you have no room for error,” said Berndt. “I don’t even know if [defending track champion Rowan Pennink] had one DNF last season. If you’re having a bad night, you have to try to get it turned around and still try to get a top-10 finish if you can. But that isn’t easy to do because the competition at Stafford is so strong. In the past 6 or 7 years at Stafford, there always seems to be that one car every year that is really fast and hard to catch. Whether it’s Ryan Preece, Rowan Pennink, Teddy Christopher, or Keith Rocco, there’s always that one car that you’re chasing. We’d sure love to be that car this year and string together a 5 or 6 win season.”

One race that Berndt and his crew have their eyes on is the 4th Annual NAPA SK 5k set for July 7. Berndt has had success in extra distance races in the past, winning the SK Modified® 100 at Stafford back in 2003 and he has several extra distance wins at Waterford. A win in the big money, big prestige race could be just the boost that the team needs to put themselves into championship mode during the 2017 season. 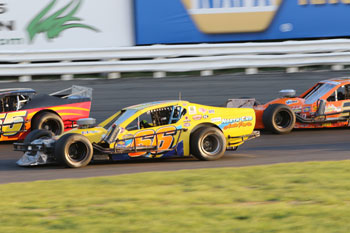 “We’d definitely love to win the 5k,” said Berndt. “Not only for the payout but just the prestige of that race, we’d love to put that notch in our hats. Last season was the closest we’ve come to winning that race and we ended up finishing third. The longer races have always seemed to be a strong point for us in my career. We’ve hit a couple of the 100 lappers, but we don’t have a 150 win or a 5k win yet. My grandfather won a championship with Teddy at Waterford and I won at Thompson, so Stafford is next. We’ve finished second in points before, so we’ve been close, just a couple of hiccups here and there that kept us from winning. It would be great because I still have a couple of guys who have been with me for 10-15 years.”

In addition to his SK Modified® duties, Berndt will also be busy on Monday nights with his kids racing in the Wild Thing Kart Series. His oldest daughter Brooke is taking a year away from racing but his son Parker and his youngest daughter Summer will be taking to the Stafford Mini-Mile. 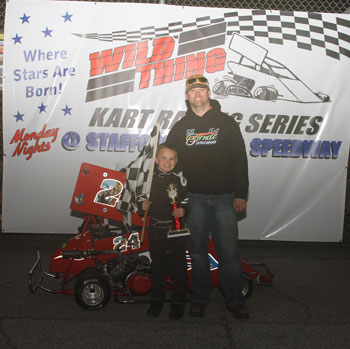 “Brooke is taking a year off because she’s getting into dance but my son Parker will be in the primary car and my youngest Summer will be getting started this year,” said Berndt. “It’s a lot of family fun racing with my kids and you can never get that back so that’s something I always look forward to. It’s always fun to have the the who did better that week discussion in the shop with them as well.”

Berndt and the rest of the SK Modified® field will get their first on track experience of the new year in the 46th Annual NAPA Auto Parts Spring Sizzler on April 28-30. Tickets for the “Greatest Race in the History of Spring” are on sale now at the Speedway Box Office. Tickets are priced at $40.00 for adult general admission tickets, $5.00 for children ages 6-14, and children ages 5 and under are admitted free of charge when accompanied by an adult. Reserved seating is priced at $42.00 for all ages. As always, Stafford Motor Speedway offers free parking with overnight parking available. All tickets are good for both Saturday and Sunday admission. All ticket prices include 10% CT Admission Tax.