Eric Goodale Confident That Teamwork Will Bring Success in Stafford 150 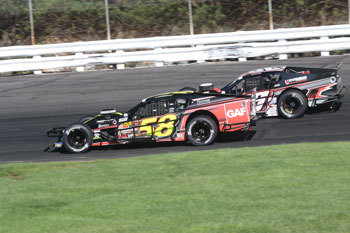 (Stafford Springs, CT)—Fresh off of a sixth place finish in New Hampshire, Eric Goodale and the #58 GAF Roofing team are looking forward to the Stafford 150 this Friday night, August 2nd. The New Hampshire finish was Goodale’s 7th top-10 finish of the season but he is still looking for his first win. Goodale finished 5th at the NAPA Spring Sizzler® this past April and he ran all three Open 80 events at Stafford, notching a 4th in May and a 2nd in June before a last lap tangle took him out of a top-5 finish in July. Goodale won the NAPA Fall Final in 2017 as well as an Open 80 at Stafford in 2018 and will be leaning on his track experience this season as he looks to score his first Whelen Modified Tour win of 2019.

“Everyone has a lot of laps at Stafford so running those open races is not a big factor but it never hurts to get as many laps under your belt as you can at a track,” said Goodale. “We’ve definitely had good finishes at Stafford this season, we just haven’t been able to win. We’ve had the strategy to win but we’ve been a little off on our adjustments on pit stops. We gave ourselves a shot at the Sizzler this year but we didn’t hit it right on the pit stop and the car was fading towards the end of the race. My crew has given me some great opportunities to win races this season, we’ve just been coming up a little short on the speed end of things. Stafford is one of the tracks where we seem to have more speed than at some other tracks so hopefully we can have some good stops and we can put everything together to put the car into victory lane.” 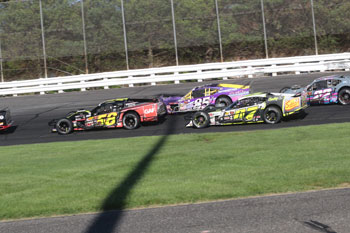 Pit strategy will once again play a big part in who will be the first car to see the checkered flag in this Friday’s Stafford 150. NWMT teams are only permitted to change one tire per pit stop with each team getting 3 change tires for the race. The pit rules leave the field open to a wide variety of pit strategy options and while Goodale might be worried about making the right call at the right time, he has no worries at all about his pit crew, which is consistently one of the fastest crews on the Tour.

“With the pit rules, there’s going to be a wide variety of pit strategies,” said Goodale. “I’m sure some guys will take 2 tires for track position, some will take 3 tires, and some might even go with just 1 tire. It all depends on how the cautions fall and what lap guys are thinking about pitting for tires. If a caution comes out around lap-60, you might come in for a new right front and then you only have to change 2 tires later on where some guys might take all 3 so you can pick up track position that way. There’s all different kinds of strategies that can pan out. It’s all about making the right calls and having good stops. Pit stops can go bad in a hurry and it’s pretty easy to mess up a stop and that can ruin your day, especially trying to do it three separate times rather than changing 3 tires during one stop. I have confidence in my crew that they’re going to do a great job and put me out in a better position than when I came in.” 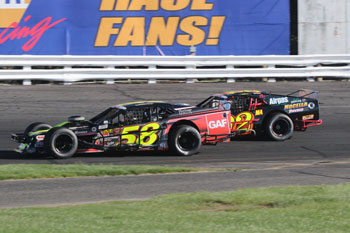 “We’ve put some good races together and we’ve hopefully already had all the bad luck we’re going to run into this season where Doug [Coby], Ronnie [Silk], and Justin [Bonsignore] haven’t had any bad luck yet,” said Goodale. “Craig Lutz and I have both had similar seasons where if we’re running at the end of the race, we’re usually floating around somewhere in the top-7. We’re going to do everything in our power to try to win the race and be the car that everyone is talking about at the end of the week. We’re not really worried about points. The best way to make up points is to win races and we’re hoping we can get our first win this Friday and turn that into a couple more wins in the final races of the season.”