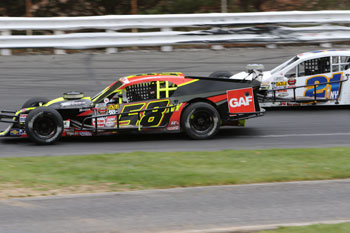 (Stafford Springs, CT)—With only 2 races left on the 2018 NASCAR Whelen Modified Tour schedule, Eric Goodale and the #58 GAF Roofing team are still in search of their first victory of the season. Goodale comes into this weekend’s NAPA Fall Final at Stafford as the defending race champion and there couldn’t be a better track on the schedule than Stafford for Goodale to record his first win of 2018. Goodale and the #58 team won the Open Modified Bud Light 80 at Stafford back in July and they recorded their best NWMT finish of the year at Stafford in August with a third place run.

“I’m welcoming racing at Stafford with open arms,” said Goodale. “That’s been primarily one of our better tracks lately and as the defending winner of the Fall Final we’re looking forward to getting back there. I know we have a fast car at Stafford, we just need to put everything together. I’m going to be real disappointed if we get to the end of the year and we don’t have a Modified Tour win to show for the season. We’re going to come in with guns blazing and try to come out of Stafford with a checkered flag. I feel like our Stafford program is better than our Thompson program so this is our best shot at getting a win before the end of the season and we’ll be doing everything that we can to come out on top.
I love racing at Stafford and we’re all excited to get back there and hopefully we can have another good day.” 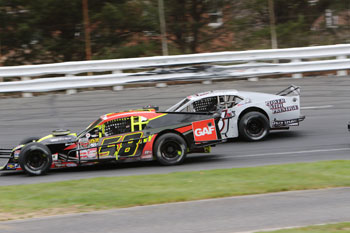 Last year’s NAPA Fall Final saw Goodale drive to victory despite qualifying 18th. While Goodale proved that races can be won from that far back in the starting lineup, he will be looking for a better qualifying effort to make his job of driving to the front easier.

“We certainly shot ourselves in the foot last year in qualifying,” said Goodale. “We failed prequalifying inspection so we only got one lap for qualifying and ended up starting 18th. Fortunately we were able to win the race but there was a lot of green flag racing and time for us to make it up on the track but circumstances might not be the same this year. Track position is so important in this series that you’re going to want to start as close to the front as you can so you don’t start the race behind the 8 ball. We showed last year it can be done but we didn’t make it easy on ourselves for sure.” 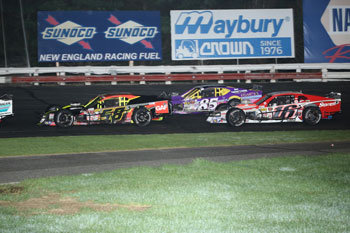 The 2018 NAPA Fall Final could prove much more difficult to win than the 2017 race. Last year there were 6 drivers in the running for the championship while this season sees Justin Bonsignore with the opportunity to clinch the championship with a 21st place finish or better. Goodale says the mindset of the entire field will be totally different compared to one year ago.

“It’s going to be tough this year,” said Goodale. “Last year there was a big points battle with 6 drivers still mathematically in the running for the championship so there were a couple of guys who were rolling the dice to try to pick up as many points as they could and there were some guys who ran conservative so they wouldn’t lose any points. Taking that dynamic out of the race this year, everyone is going to show up looking to win. Certainly to win any race on the Whelen Modified Tour is not easy and it’s not going to be easy to win this race either.”

The key to winning the NAPA Fall Final 150 could lie in a team making the correct calls on pit road. The Starrett 150 in August at Stafford saw 12 lead changes among 6 different drivers and with drivers only allowed one tire per pit stop, teams are still unsure as to what will be the winning calls to make. 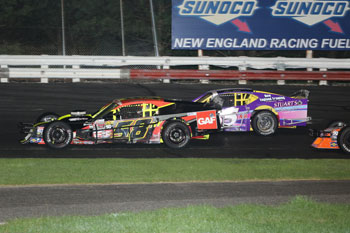 “It’s all a spur of the moment thing,” said Goodale. “It depends on a lot of different factors. You have to see how good your car is, how much track position you’re going to give up if you take 2 or 3 tires verus 1, and you’re always paying attention to what other cars are doing and how well they’re running. If you have a third or fourth place car, you’re going to need to do something to help make you better than the cars in front of you. You also have to take into account what stage of the race that cautions fall at and how many cars are on the lead lap. I believe this was the first race last year where the Tour instituted the new one tire rule per pit stop and guys have seen how that has played out and have been able to adapt to that so we’ll see what happens.”

Tickets for the 46th Annual NAPA Auto Parts Fall Final Weekend are priced at $40.00 for adult general admission tickets, $5.00 for children ages 6-14, and children ages 5 and under are admitted free of charge when accompanied by an adult. Reserved seating is priced at $42.00 for all ages. All NAPA Fall Final tickets are good for admission on both Saturday and Sunday and ticket prices include 10% CT Admission Tax. Discount tickets are available at your local participating NAPA Auto Parts Store. The NAPA tickets include general admission for both days along with a luncheon buffet on Sunday, all for only $38 per person. For a list of participating NAPA Stores, please CLICK HERE.