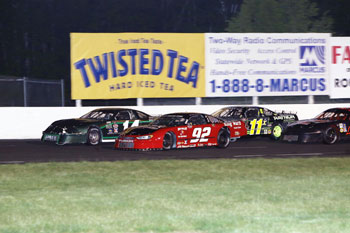 (Stafford Springs, CT)—When it comes to Late Model racing at Stafford Motor Speedway, East Longmeadow, MA native Tom Fearn has been a dominant force. In the last three seasons, Fearn and the #92 King Ward Coach Lines team have won two championships and finished second in the standings. Fearn has also won 22 of the 55 Late Model feature events held at Stafford over the last three seasons, which calculates to a winning percentage of 40%. As Fearn and his crew prepare to defend their championship in 2019, they are going to stick to the same game plan that has served them well over the past three years.

“We’re going to approach this season the same as we did last year by being prepared and bringing the best car that we can to the track every week,” said Fearn. “We did a few things differently last year with the scaling of the car and we made small changes to the car week to week and it paid off for us so we’ll do the same things again and who knows, maybe we’ll improve the car a little. As far as getting 12 wins again, that’s going to be very tough to do. I guess you can say last year was a dream season. We have King Ward Coach Lines, SAFCO Foam, Sun Valley Fire Equipment, and Whip’s Sporting Goods all coming back as sponsors and we have all the same crew members, so we have a good combination to defend our championship.” 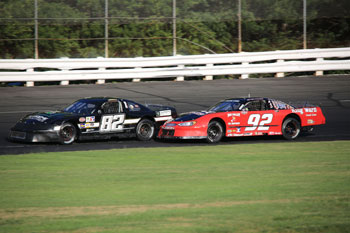 The strength that Fearn and his team have shown over the past three seasons in Stafford’s Late Model ranks all comes down to the preparation the crew puts in at the shop during the week and one simple goal for Fearn behind the wheel.

“I always say most races are won in the shop during the week,” said Fearn. “When we get to the track, there’s very little on the car that we do. We make a couple of small adjustments after the heat race if we need them and then we go racing for the feature. The biggest thing is I try to finish every lap of every race. Last year we had very good luck throughout the season. We had a flat tire at the Fall Final that cost us a good finish but we had already had the championship wrapped up so it didn’t really matter. Sometimes you make your own luck and you just need to be smooth, consistent, and be there for the end of the race. We have 2 championships and a second place finish in the points the last 3 years so I’d presume that we’re going to be contenders for the championship again.” 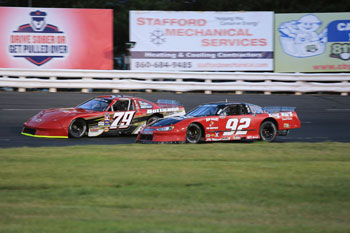 One factor that could be disconcerting to his fellow competitors is the fact that while Fearn and the #92 team have operated as a single car unit, he will have a teammate for the 2019 season. Fearn’s cousin Ryan will make the move from the Limited Late Model division up to the Late Model division to run for Rookie of the Year honors. With two cars now in the fold, the Fearn team now has two opportunities to try new chassis setups and see how certain changes will affect the performance of their cars.

“I think Ryan is going to do fine on his own this season,” said Fearn. “He has a lot to learn this year but maybe we can try some things on his car that might work and then bring them over to my car and vice versa. Now we’ll have 2 shots to try to find something that will help make both cars better so having a teammate should help us out.”

Despite his level of dominance in the Late Model division the past several seasons, Fearn knows if he is going to win back to back championships, he will face a stout field of competitors who will all be gunning to dethrone him as the champion. 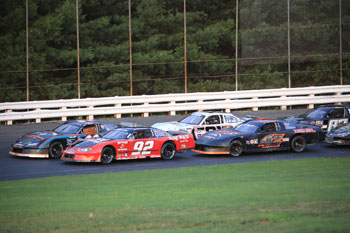 “I think it’s going to be the same cast of characters this year fighting for wins and the championship,” said Fearn. “Kevin Gambacorta is always a top contender, Michael Wray will be good and he now has his brother joining him in a two-car team, Michael Bennett is coming back in the #31 car, which is a good car, Adam Gray is going to be a strong car, Paul Arute has really come into his own, Darrell Keane is strong, and Tom Butler could have a big season.”

Fans will be able to get an up close look at Fearn’s #92 Late Model machine this weekend at the Mark’s Northeast Motorsports Expo at the Big E in Springfield, MA.

“We took a couple months off after the season was over and we didn’t get started working on the car until after Christmas and New Year’s,” said Fearn. “We’ll have the car at the car show this weekend in the Stafford booth and once the show is over we’ll update a couple of things on the car so we have a fresh car for the start of the season.”