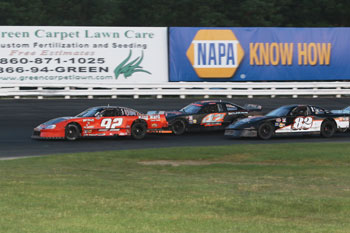 (Stafford Springs, CT)—Tom Fearn has been a dominant force in Stafford Speedway’s Late Model division. In the last five years dating to the start of the 2015 season, the East Longmeadow, MA native has won 3 track championships and notched 40 wins out of a possible 97 races, a winning percentage of 41.2%. With Fearn filing an entry for the Call Before You Dig Pro Late Model Open 81, scheduled for May 29, it would be safe to assume that he and his #92 King Gray Coach Lines team would automatically be the favorite to take the checkered flag, but Fearn says not so fast to the favorite status.

“We’re not necessarily the favorites,” said Fearn. “Maybe we have an edge over everyone else in track experience but the car I have is an older car that hasn’t been run in a while and I’ve never driven it before. We’ll be racing against guys who race at other speedways around New England so they might have the upper hand on us but we’ll give it our all and see what happens from there. Most of the those guys have plenty of experience and they’re all very good drivers but we’ll be up for the challenge.” 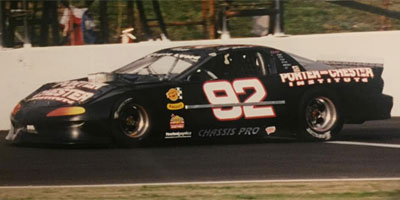 Just as Fearn has become the dominant force in the Late Model division on Friday nights at Stafford, he is also the most decorated ProStock driver in Stafford’s history. In the 11 seasons that Stafford ran ProStocks from 1990-2000, Fearn won 3 track titles and 17 races, more than any other driver in that span. Despite all his years of experience, Fearn will have to reacclimate himself with the ProStock style Late Model machine that he will bring to the CBYD Pro Late Model 81 on May 29.

“It’s been quite a few years since I’ve driven a ProStock style of car so I’ll be looking to get the same feel that I have in my Late Model,” said Fearn. “There’s quite a few differences between the two cars. I might have to change my driving style a little bit but with our experience at Stafford between me as the driver and the all the crew guys with the setup, I think we should be able to get the car pretty close. Our plan is to come to the open practice before the Sizzler and put some laps on the car and see where we are with the setup so we can be in better shape for race day.” 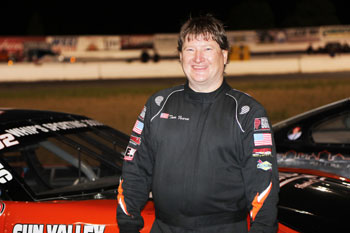 The car Fearn will bring to the CBYD Pro Late Model 81 is an old Todd Owen car that was put together by Butch Shea, who was also Fearn’s chassis builder from his ProStock days at Stafford in the ‘90s.

“I put this car together pretty much for this one race and if there’s another Open Late Model race at Stafford then we’ll run that too but I don’t plan on racing this car anywhere else,” said Fearn. “My primary focus is our Late Model program and I don’t want to take anything away from that. We’re not afraid to throw things at the car. Butch from Chassis Pro, who was my old chassis builder, will be helping us out a little and my car is an old Todd Owen car that he put together back in the day. It might be the oldest car in the field, but it’s a good car. Each car has 4 tires, 4 shocks, and an engine so everyone has the same thing and we’ll see if we can put ourselves into the top-5 and be a contender for the win. I feel like we have everything we need going into the race and we’ll go from there.”

In addition to Fearn being unfamiliar with his #92 machine, Fearn will forgo using a typical bump stop shock setup in his car that the majority of his competitors will be utilizing and he will run a more conventional setup similar to his regular Late Model that may leave him at a disadvantage. 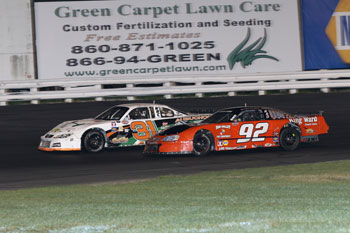 “A lot of those guys run bump stop setups with their shocks and I don’t have a lot of experience with that so we’re going to go with a more conventional setup like we’ve always run with our regular Late Model car,” said Fearn. “The cars will be faster with a 10 inch tire so there should be more grip and car control. I don’t know how much we’ll be giving up by going with a conventional setup versus the bump stops. It’s a longer race so maybe that won’t come into play as much if it were a shorter race. We always had a pretty quick and fast car when we ran the ProStock division and the more laps we can put on our car, the better we’ll get. I think we’ll be close and we’ll be competitive and maybe my experience will help us gain a few spots.”

Fearn and the Pro Late Model field will take to the track for the CBYD 811 Pro LM Open on Friday, May 29. For more information, visit www.staffordspeedway.com, checkout Stafford Speedway on Facebook or Twitter, or contact the track office at 860-684-2783.