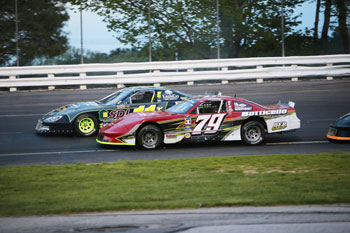 (Stafford Springs, CT)—For Late Model rookie driver Darrell Keane, the 2018 season at Stafford Motor Speedway couldn’t have gotten off to a much better start than it has. Keane has recorded top-7 finishes in each of the first three races of the season with his #79 Botticello, Inc. Chevrolet and after capturing his first career win this past Friday night, Keane finds himself at the top of the Late Model points standings.

“We expected to be in the top-5 but not quite to be the points leader and getting a win in the first 3 weeks,” said Keane. “We’re extremely happy with our results and we show up every week trying to put ourselves in a winning position. Realistically I was thinking maybe by the middle of the season maybe we could get a win. Deep down inside, we had a good showing the last 3 weeks we ran last year and there is always a possibility.”

Keane prepared himself for the 2018 season by running the final three races of the 2017 season and he recorded sixth place finishes in each of those starts. Keane showed he could be a contender at the season opening NAPA Spring Sizzler, leading 27 laps before a mistake with two laps to go saw him lose the lead and slide back to fourth place at the checkered flag. With that experience under his belt, Keane was determined to not make the same mistake twice when he found himself in the lead again this past Friday night with the laps ticking down. 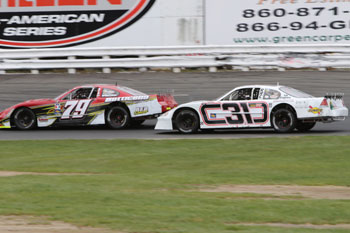 “The Spring Sizzler, I choked plain and simple,” said Keane. “The win was redemption for that race and I saw the two to go and I thought don’t make the same mistake again. Tyler was right behind us so it was a hard fought win.”

Keane dedicated his first win to his late father John, who passed away last August and he has plenty of motivation to get back to NAPA Victory Lane again this season as his mother has not yet returned to Connecticut from Florida for the summer.

“This is kind of surreal for me,” said Keane. “My family has been coming here since I was a baby and my parents came to the first Spring Sizzler for their honeymoon. It was a dream of my father and me to race at Stafford and to win a race here. It tears me apart that he wasn’t here to see it but I’m sure he was looking down on me. It was huge. I’m usually not an emotional person but winning that race was very emotional. My mom will be home from Florida in the next week or two so I definitely need to get another win with her in attendance at the track.”

In 6 starts with his #79 machine, Keane has yet to finish lower than 7th and he is looking to continue his high level of performance on the track, but he knows it won’t be an easy time with some of the veteran drivers in the Late Model division. 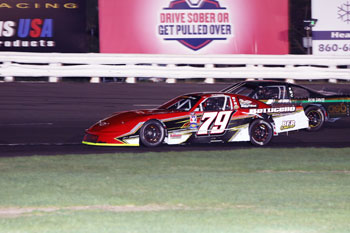 “If we can keep up the hard work we’re doing and keep the car in one piece, I don’t see any reason why we can’t be back in victory lane,” said Keane. “We worked out the jitters at the Spring Sizzler and there’s still a ton of tough competition with guys like Tom Fearn, Tyler Leary, and Glen Reen. Those guys are going to be tough all year long and they’ve been down this road before so they all know what to expect.”

Keane and the rest of the Late Model division will be back in action this Friday night, May 18 along with the The Valenti Modified Racing Series and Stafford’s SK Modifieds®, SK Lights, Limited Late Models, and Street Stocks. Action gets underway at 6:30pm with qualifying for the VMRS cars with feature events to follow. Tickets for the VMRS 80 are priced at $30.00 for adult general admission tickets, $5.00 for children ages 6-14, and children ages 5 and under are admitted free of charge when accompanied by an adult. Reserved seat tickets are $32.00 for all ages. All ticket prices include 10% CT Admission Tax. Stafford Motor Speedway offers plenty of free parking along with overnight parking available for self contained Recreational Vehicles.