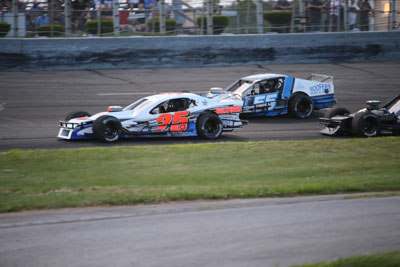 (Stafford Springs, CT)—For many drivers in racing, no matter the level of competition, a lack of experience can often be the difference between getting a good finish or not.  Such is the case for Open Modified driver Anthony Flannery when he comes to race at Stafford Speedway.  The East Hampton, CT native and driver of the #25 Fowler’s Auto Wrecking Chevrolet routinely finds himself racing against drivers who either have weekly racing experience, touring modified experience, or a combination of both.  Despite his relative lack of experience at the Connecticut half-mile facility, Flannery is enthusiastic about his prospects for this Friday night’s Twisted Tea Open Modified 80.

“Stafford is definitely a race that we all look forward to,” said Flannery.  “Every Open 80 is an experience.  We’ve learned from every race at Stafford, and I really enjoy racing against the caliber of cars and drivers at Stafford.  We might not have finished in the top-5 but if you look at some of the cars that we’ve finished in front of, running in the top-10 in an Open 80 at Stafford is pretty good.  I want to get the best finish that I can for all my crew guys and sponsors and it can get a little frustrating to not have the experience and background that some of the other drivers have at Stafford.   We’ve improved our finishes over the last 3 or 4 races and we’re looking to continue to do that at Stafford.” 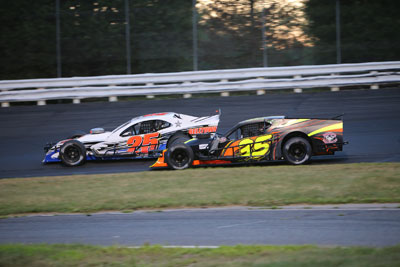 In 13 career starts at Stafford between Open Modified and Modified Racing Series events, Flannery has recorded 1 top-5 and 3 top-10 finishes.  One of those top-10 finishes was in the most recent Open Modified race at Stafford, the Lincoln Tech 80 on August 21 and it was during that race that Flannery and his #25 crew hit upon something they feel like will make them contenders for victory in the Twisted Tea Open 80.

“For me it comes down to a lack of experience with knowing what the car will do over 80 laps, knowing when to pit for tires, and making the right adjustments to get the car to where we need it to be,” said Flannery.  “It seems like the track changes a lot as the night goes on and we’ve been behind on making the right changes.  We go into every race expecting to be a contender and the last race at Stafford we made some adjustments to the car during the race that really opened our eyes.  We made those adjustments late in the race and I think if we had started the race how we finished the race we would have had better track position and that would have opened up our options for the end of the race.  It’s a live and learn thing and now we’re hoping we can take what we learned last time at Stafford into this Friday night and do something with that knowledge.  I have to thank Dave Etheridge and all his guys for giving me this opportunity, my crew guys who are always working on the car, Leonard’s of Stafford Springs, East Hampton NAPA Auto Parts, Belltown Motors, Belltown Recycling and everyone who helps make this possible for us.” 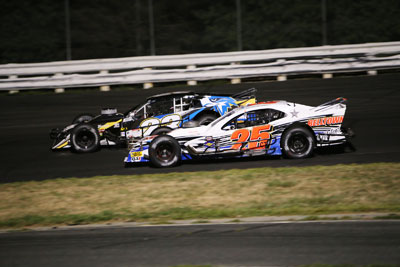 As Flannery continues to gain experience and learn about his #25 car, he can always lean on his teammate and car owner Dave Etheridge for advice.  Etheridge is a former weekly racer and feature winner at Stafford in the ProStock division and although he has yet to win an tour type modified race at Stafford, Etheridge has numerous top-5 finishes with his #34 Warner Turf Equipment car.

“I lean on Dave a lot as far as to where you need to be on the track,” said Flannery.  “Dave will always watch my car whether he’s waiting to go out himself or if he’s on the track with me and he’ll come back and say try this or try that and it’s nice to have a different perspective.”

Another challenge for Flannery has been finding a balance between driving his #25 car hard enough to stay in contention for victory while at the same time saving his equipment enough to allow him to mount a serious challenge in the closing laps of the Open 80’s at Stafford. 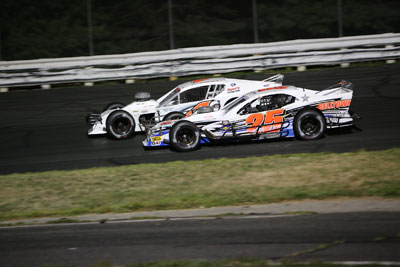 “In order to win at Stafford, you have to have a fast car throughout the entire race,” said Flannery.  “You have to be in the top-10 and pit with the front running cars while at the same time saving a little for the end of the race.  The race that Keith [Rocco] won he was hanging back until after everyone pitted for tires and then all of a sudden he charged to the front and ended up winning the race at the end.  I’m used to MRS races where you save your stuff the whole race but in these open 80’s, you really need good track position and you have to save something for the end in order to be a contender in the final 15 or 20 laps.”