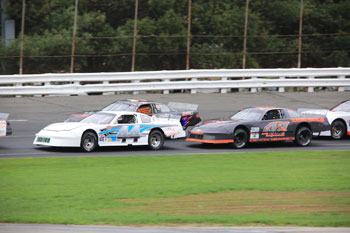 (Stafford Springs, CT)—After taking a year off from the Late Model division in 2016, former track champion Mike Quintiliano returned to competition with a flourish at the season opening NAPA Spring Sizzler®. He ran among the leaders for much of the 30-lap feature behind the wheel of his #44 The Hideout / Rick’s Auto Body Chevrolet finishing a strong fourth place. With 2 career 100-lap Late Model feature wins at Stafford to his credit, including his first career Stafford victory in 1999, Quintiliano is looking forward to this Friday’s Call Before You Dig 811 Late Model 50.

“The car was a different car so we had to get used to it and we didn’t have a lot of practice with it so our goal is to improve the car week to week,” said Quintiliano. “Depending on where you start, you have extra time to get to the front with the extra distance race. If the car isn’t going good, you have the extra time to make a pit stop and do whatever you have to do with the car. I really like the extra distance races and I have to thank Nap Chenard, Chuck Flynn, Scott and Tracy Ritter, and my wife for letting me get back behind the wheel. Also I have to thank all the fans, we had a lot of fans that came back to watch us.”

Call Before You Dig is partnering with Stafford Speedway to present the 50-lap Late Model extravaganza with the winner guaranteed to win at least $1,811. The total posted awards for the Late Model 50 is over $10,000. Such a big payday would be a huge boost to an operation like Quintiliano’s for the remainder of the 2017 season. 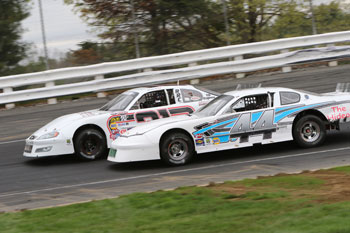 “It’s great that Call Before You Dig is doing this race,” said Quintiliano. “It’s awesome when you have a sponsor who likes motorsports and puts events like this on for us. It’s great for the racers and the fans. It should be an interesting race with all the extra money on the line. Racing can get pretty expensive, which is why we have Empty Pocket Motorsports on the back of the car. All the money and help that we can get goes a long way. For CBYD to give us the opportunity to race for more money than we’re used to racing for is great.”

Quintiliano will have plenty of competition for the checkered flag in the CBYD 811 Late Model 50. Josh Wood won the season opening NAPA Spring Sizzler® feature, Michael Bennett and Tom Fearn are both former Late Model champions, and there are feature winners like Glen Reen, Tom Butler, Kevin Gambacorta, and Jim Mavlouganes to contend with as well as a field that are all hungry for their first Late Model victory at Stafford.

“I think the competition is great at Stafford,” said Quintiliano. “Everyone is fast and you have to really be on top of your game. With this race there’s obviously a lot more money on the line and that will pick the competition up to another level. I think it’s going to be a great race.” 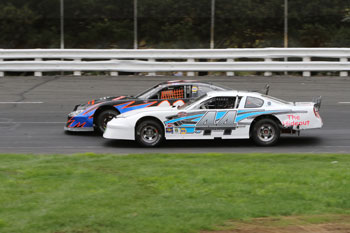 Tickets for this Friday night’s Call Before You Dig 811 Late Model 50 event are available and on sale now.   Tickets are priced at $20.00 for adult general admission tickets, $5.00 for children ages 6-14, and children ages 5 and under are admitted free of charge when accompanied by an adult. Reserved seat tickets are $23.00 for all ages. All ticket prices include 10% CT Admission Tax. Stafford Motor Speedway offers plenty of free parking along with overnight parking available for self contained Recreational Vehicles. May is Youth Organization Month at Stafford, meaning that any child age 14 or younger who wears a team shirt or uniform to the track will be given a free general admission ticket.