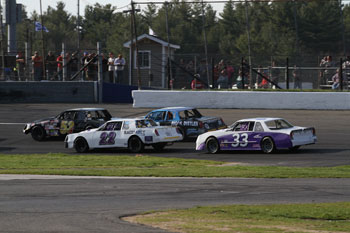 (Stafford Springs, CT)—Racing is a competitive sport, not for the faint of heart. For fans it’s the thrill of speed and competition that brings them to the the edge of their seat. Then there is the fan that wants to be right in the action, can you see yourself behind the wheel of a full fledged Street Stock racing against the best of the best? That dream can become reality through the Rent A Racecar program. Owned by Gary Spinnato, Jr. and Paul Varricchio, Jr., Rent A Racecar gives you the opportunity to get behind the wheel of a Street Stock at Stafford Motor Speedway to see how you stack up against the competition.

Rent A Racecar has been the foundation for several drivers who have gone on to compete full-time at Stafford. Stafford drivers Chris Bagnall, Mark Alkas, Tony Santangelo, Rob Sears, Chuck Harrison, and Richard Ciriello all began their career with Rent A Racecar at Stafford before launching their own full-time race teams. 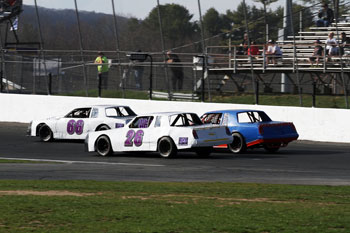 “We’re kind of a stepping stone for guys to find out if this is something they want to to do without spending a fortune putting a car together,” said the duo. “They can get started with us and then if they want to continue they get their own cars.”

Rent A Racecar is not a school or ride along program. The program is offered during the Friday night race events, competing against the drivers that run weekly. A typical event involves practice session, qualify through a heat race and competing in a 20-lap feature event. Rent A Racecar provides the car, helmet, firesuit, and gloves which is the perfect recipe to get a taste of NASCAR racing at Stafford Speedway.

“You show up and drive, we provide everything else,” said Spinnato. “We have the car, crew, firesuit, gloves, and helmet. All you need is a NASCAR License and you can show up and go racing with us.” 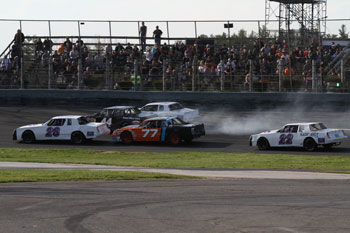 “We prefer to have at least 2 weeks notice to get everything set up for the driver,” said Varricchio. “We go over everything with drivers at the shop such as rules and regulations, what all the flags mean, we get them fitted into a helmet and firesuit, get them fitted into the seat in the car, and most importantly we tell our drivers that the other drivers are racing for points and we’re not so they need to be courteous on the track. For a regular Friday night the rental cost is $600 and we get a $500 crash deposit. As long as the chassis doesn’t get bent or the radiator gets damaged, you get the deposit back at the end of the night.”

Rent A Racecar has cars to accommodate driver experience levels.

“We have several cars for different experience levels,” said Spinnato. “The 22 car is our fastest car and it has a 602 crate engine in it. The 66 car is our mid-level car and the 6 and 26 are our beginner cars. We start everyone off in the beginner cars and we like to have drivers drive at least twice in the beginner cars before moving up to a higher level car. If out of necessity we have to put someone in a higher level car to start out with, we take some timing out of the engine to slow the car down.” 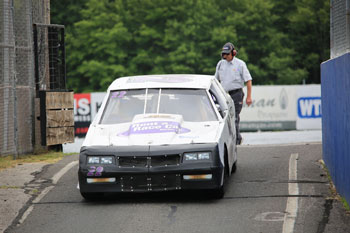 Originally founded by Bob Stirk in 1996, Spinnato and Varricchio have been operating Rent A Racecar since the 2011 season at Stafford. No strangers to racing, Spinnato is a former veteran of the Street Stock division while Varricchio is still active in Stafford’s Late Model division. Their dedication, along with their crew members, remains the foundation of Rent A Racecar, and their mission statement is to provide an introduction to short track racing and allowing the driver to have fun without having to spend thousands of dollars on putting together a car, trailer, team and spare parts..

“We’re coming up on our 8th season doing Rent A Racecar this year,” said Spinnato and Varricchio. “The bottom line is we love racing and we really have a lot of fun with what we do. It’s a great feeling to see the looks on driver’s faces when they step out of our cars at the end of a night. We have a great crew with Armand & Steven Cote, Bill Dube, Gary Spinnato, Sr., Paul “Birdy”, Butch Fosdick, Cameron Varricchio, Bob King, Matt Vassar, and Ken Wilson. They’re a very dedicated group and we couldn’t do this without their help and support both at the track and in the shop during the week.”