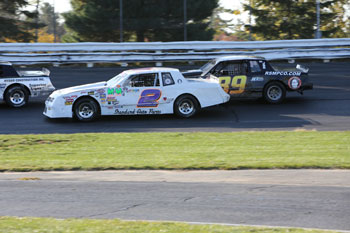 (Stafford Springs, CT)—Meghan Fuller is ready to once again challenge for the Street Stock championship in 2020 at Stafford Speedway. Fuller will return to the Street Stock division behind the wheel of the same #2 Propane Plus Chevrolet that she has piloted to back to back second place finishes in the points standings. Fuller finished runner-up to George Bessette, Jr. by 58 points in 2018 and finished 26 points behind Zack Robinson in 2019. Fuller has her eyes set on equaling her 5 wins from a year ago as well as challenging for the championship.

“I think we’re looking pretty good right now for 2020,” said Fuller. “We have a couple years of experience under our belt now so hopefully we can get a championship this year and then maybe move up next season. Every team wants to win the championship and that is what we want as well. As long as I drive my heart out and I do the best that I can I’ll be happy no matter where we finish. Last year taught us a lot and I’m hoping that we can get at least 5 wins again this year and maybe even a few more.”

Throughout her racing career spanning quarter midgets as well as the Sportsman division at Thompson to her Stafford Street Stock efforts, Fuller has yet to win a championship. She would like nothing more than to add a championship to her resume to join her father Rick as a championship winning driver. 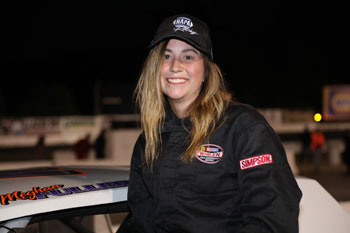 “It would be pretty cool to join my Dad as a champion,” said Fuller. “Throughout my racing career all the way back to quarter midgets I haven’t won a championship. I’ve come close but haven’t won one yet.”

With two of the top-5 drivers from 2019 moving up from the Street Stock division, Fuller enters the 2020 season as one of the favorites. Fuller says she doesn’t feel any added pressure of being a pre-season favorite but actually welcomes the favorite status.

“I’d like to think we’re one of the favorites,” said Fuller. “I don’t feel any pressure being a favorite, I actually enjoy it. I see how much people enjoy watching the Street Stocks so I just try to do my thing on the track and hope to impress people. I think the competition will be a little different with the new drivers coming in but I’ve raced against most of them before at Thompson so I have experience racing with them and know what to expect from them on the track.”

One race that Fuller will be looking forward to in 2020 is the Midstate Site Development Firecracker 30 scheduled for Friday, July 3. The extra distance race features a total purse of $5,145, which includes $700 to win and $125 to start. Fuller has shown a special proficiency in the longer distance races in her first 2 seasons of Street Stock competition. Fuller recorded a 4th in a 25-lap race and a 3rd in a 30-lap race in 2018 while she secured the RSMPCO.com Triple Crown in 2019 with two second place finishes and a win in three 30-lap feature events that resulted in a $1,000 bonus for Fuller and the #2 team. 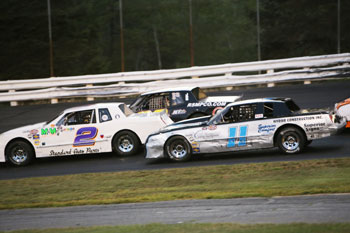 “I’m very excited for the Midstate Firecracker 30 race,” said Fuller. “My Dad taught me how to save the car so it is as good at the end of the race as it is at the beginning of the race. I think a lot of drivers don’t have the experience of going longer distances and they try to run hard in the beginning of the race rather than at the end. Winning the Triple Crown last year was very exciting for me and the whole team. I don’t think they’re doing that program again this season so it would be pretty cool for us to be the one and only winner in the record books.”

As well as being a championship favorite in 2020, Fuller may have a teammate joining her as her brother Alexander made one Street Stock start last year in a Rent A Racecar machine.

“Tentatively my brother might be racing in the Street Stock division this season,” said Fuller. “He ran one race last year in a Rent A Car because my backup car was set up for Thompson. This year he will be driving one of our cars and hopefully he can show what he can do behind the wheel. Last year was the first time we ever raced together. I’m looking forward to having my brother as a teammate.”

As she is busy preparing for the 2020 season, Fuller would like to thank all her sponsors and crew members for their support. 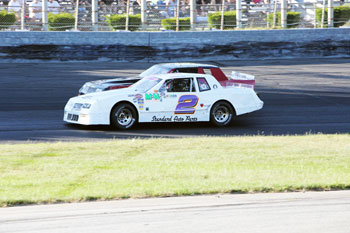 “I have to thank BFR Chassis, they’ve done an amazing job rebuilding our cars for the 2020 season, Propane Plus, RaceChoice.com, Interstate Transmission, Simoniz, Tick Mike, I appreciate all his help last year and hopefully we can get him back on board for this season, my Dad and Uncle Jimmy for all their hard work on the car, Dave, Lisa, and Chris for being my pit crew, and all my friends family and fans for supporting me.”

The 2020 Street Stock season kicks off with the 49th Annual NAPA Spring Sizzler® on April 24-26. Tickets for the “Greatest Race in the History of Spring” are on sale now by calling the Speedway Box Office 860-684-2783 or online at www.staffordspeedway.com.