(Stafford Springs, CT)—Open modified cars will take center stage this Friday at Stafford Speedway for the Twisted Tea Open 80 and many would look at drivers like Keith Rocco, Ronnie Williams, Tommy Barrett, Jr., or Eric Goodale as the favorites to win.  While all 4 drivers have multiple tour style modified wins at Stafford, one driver who might be flying under the radar as a potential open modified winner is Meriden, CT native Matt Galko.  Galko, the driver of the #3 AAA Consulting, LLC. Chevrolet, is a former 2-time SK Light champion at Stafford and he has also tasted the fruits of victory in the SK Modified® division.  Galko is still searching for his first tour type modified victory but in 7 open modified starts from 2018-2020, Galko has posted 5 top-5 finishes with a worst finish of 8th.

“Everything has been great and we can’t ask for much more,” said Galko.  “The car has been really good and we’ve had good pit strategy, we just can’t seem to seal the deal at the end of the races.  We put ourselves into a good position for the end of the race and then one thing or another happens and we don’t have the luck to close out races.  I really have to thank Tim Rowe with AAA Consulting, LLC.  We’ve had to cut down on our budget and he’s really stepped up for us and my Uncle Roger has bought us some tires so thanks to all my sponsors and all my crew guys for dedicating their time.  Hopefully I can get them the win that they all deserve this Friday night.  I’m confident, the whole crew is confident, and we’re all due for a win.  They’re getting disappointed in doing all the work, getting into post race tech inspection and not having a win.” 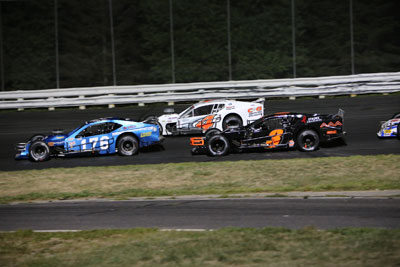 In each of his 7 open modified starts at Stafford, Galko and the #3 team have put themselves into a good position for the end of the races, but they have struggled to close out their good runs with a victory.

“In the first Stafford race this year, I think we had a bad tire from our pit stop and that kind of messed the car up at the end of the race, the second race we had fresh tires at the end and we took the lead, but the car tightened up and we couldn’t hold Keith [Rocco] off, and in the last race we put ourselves in a hole at the start by not qualifying through the heat and we were able to get back up to fifth but we just didn’t have enough to get by the guys ahead of us,” said Galko.  “Right now we need to focus on our adjustments on the pit stops and making the car better for the second half of races.  We seem to hit the nail on the head for where we want the car to be for the start of races but once we put tires on it throws the balance off and we have to learn how to compensate for that.” 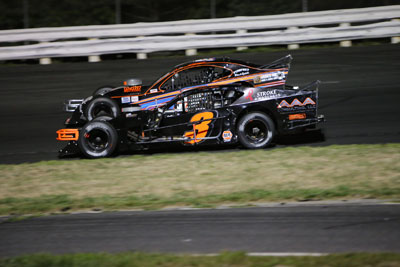 “Last year out of the 4 or 5 open shows we ran all together, I think the worst finish we had was fourth,” said Galko.  “We hit the ground running starting our own Tour type team and it’s a combination of having Stash Butova as the crew chief giving me a good car right out of the trailer and having really good horsepower from Mike Pettit.  Having a good motor is a big piece of the puzzle when you race at bigger tracks like Stafford and the longer races are not an all out brawl like the SK Modified® races are, you have to learn when to use your stuff and when to not use your stuff up.  We’ve been knocking on the door with 4 or 5 third place finishes so a second place finish would be great but we’re really looking for a win.”

“We’re hoping that the cooler weather might play into our favor,” said Galko.  “We’ve struggled to get the car balanced like we had it last season so we’re hoping the cooler weather will allow us to go back to some of our notes from last year.  As a driver you love the cooler weather because the tires have more grip and the engines make more power.  I think we have a good plan to compensate for the cooler weather and I’m hoping it will be the right plan.  I think we’re one of the top cars that will be contending for the win.  There’s going to be a lot of good cars at this race but I like to consider ourselves as part of that top tier of cars.  I’m as confident as I can be without getting ahead of myself.” 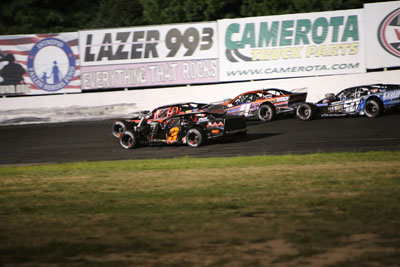